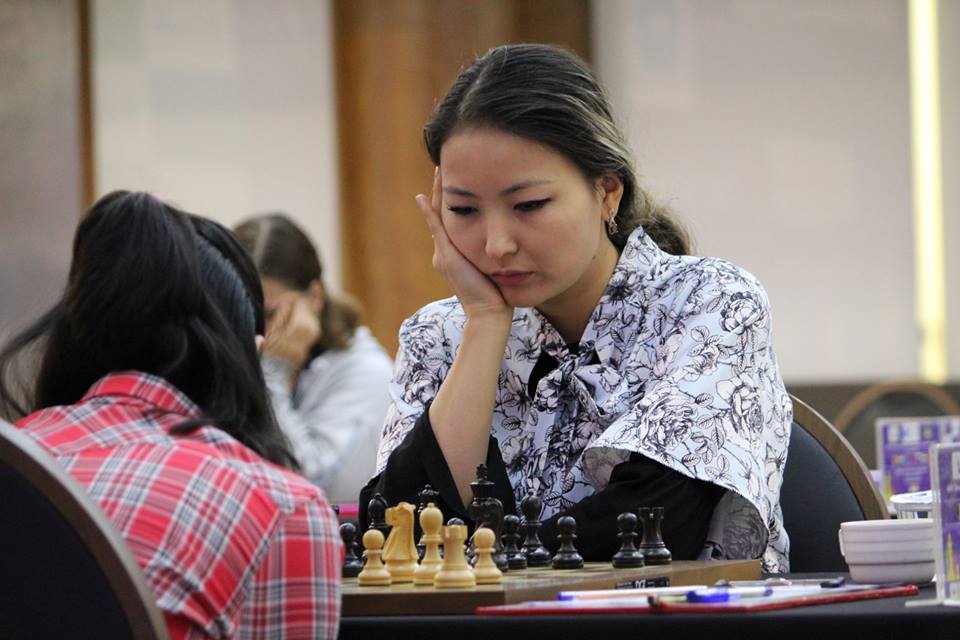 SBI Life AICF International Women Grandmasters Chess Tournament, jointly organised by the Indian Chess School and South Mumbai Chess Academy under the auspices of All India Chess Federation with a prize fund of Rs 7.50 lakh, is taking place at the Acres Club in suburban Chembur, Mumbai.

After four rounds, Kazakhstan’s WGM Nakhbayeva Guliskhan is the only player with a tally of  4.0/4 points. Closely trailing behind the leader with 3 points is WGM Vo Thi Kim Phung of Vietnam and IM Munguntuul Batkhuyag of Mongolia at 2.5 points.

The only Indian to score on day one, Vantika Agrawal faltered against Nakhbayeva Guliskhan in round 2. In Reti opening, Vantika opted for unusual 3.Na3. Guliskhan maintained a d5-c6-b5 pawn wedge and timely gave a pawn break in the center. She quickly occupied the e-file with her rook and built a strong pressure on White’s King.

Aakanksha Hagawane emerged victorious against compatriot Rakshitta Ravi. While Srija Seshadri managed to hold Tomilova Elena to a draw, other Indian players had disappointing result against their counterparts.

Indians continued to struggle against their foreign counterparts in round 3. Nakhbayeva Guliskhan emerged as an early leader after defeating  Aakanksha Hagawane. Guliskhan exchange sacrificed her rook for knight in Grunfeld opening. Black struggled to find a foothold in the middlegame but white’s c-pawn proved to be a deadly passer. Black soon resigned. 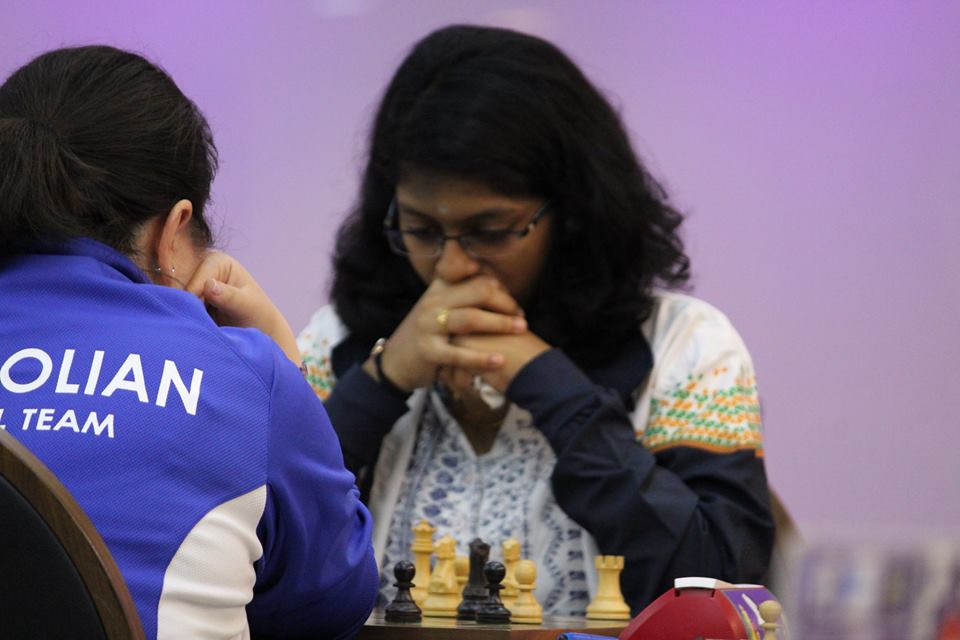 GK Monnisha caught Srija Seshadri off guard in the Ruy Lopez. After 11..b3, White was pushed into an uneasy pawn exchange. Monnisha capitalized on the better pawn structure and piece activity to take home the point. Srija resigned on move 36.

Aakanksha Hagawane defeated top seeded Munguntuul Batkhuyag in Sicilian Taimanov opening. In the 56-move battle, Akanksha’s attack on the queenside rewarded her with a outside passed pawn. She comfortably won the game.

Students of The Green Acres Academy actively took part in the simultaneous exhibition hosted by the organizers. Uzbekistan’s Women Grandmaster  Gulrukhbegim Tokhirjonova played against all the enthusiastic students. 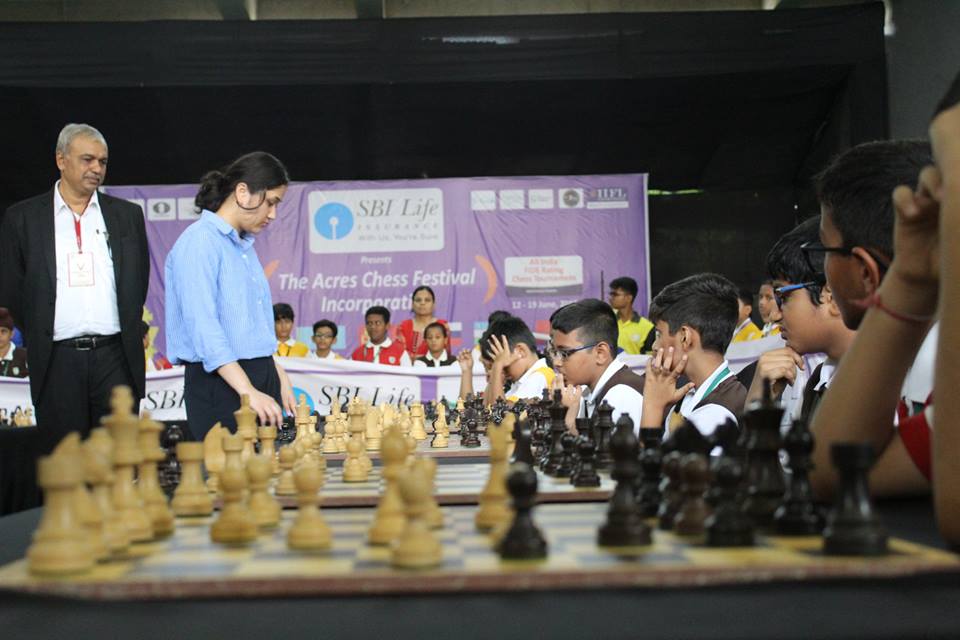 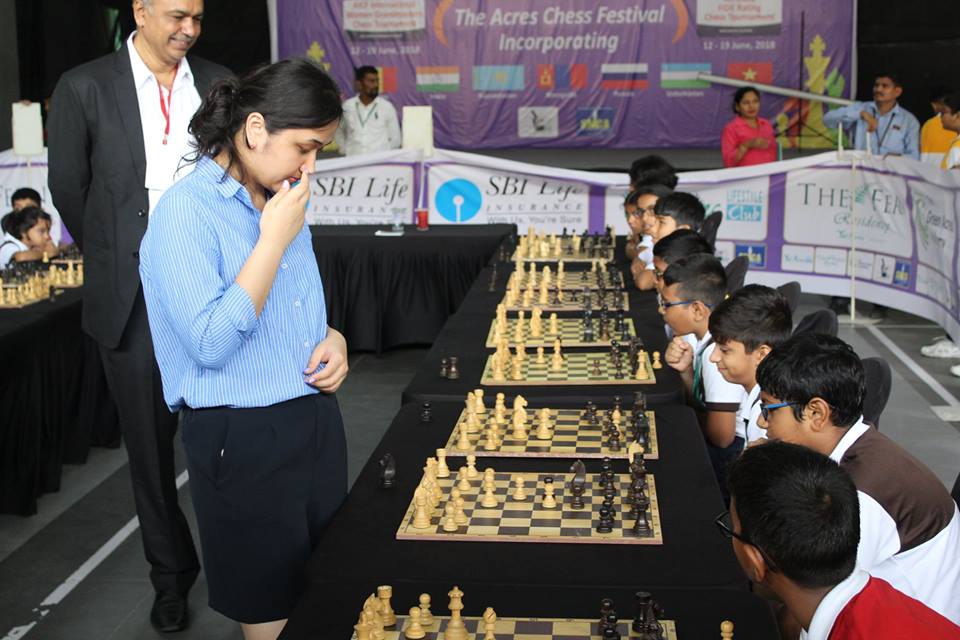 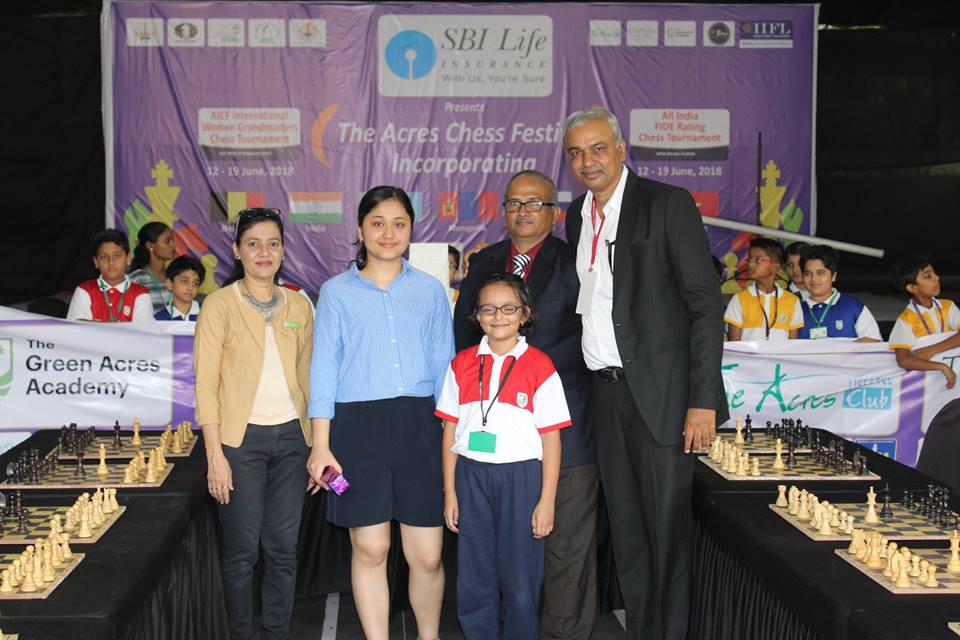