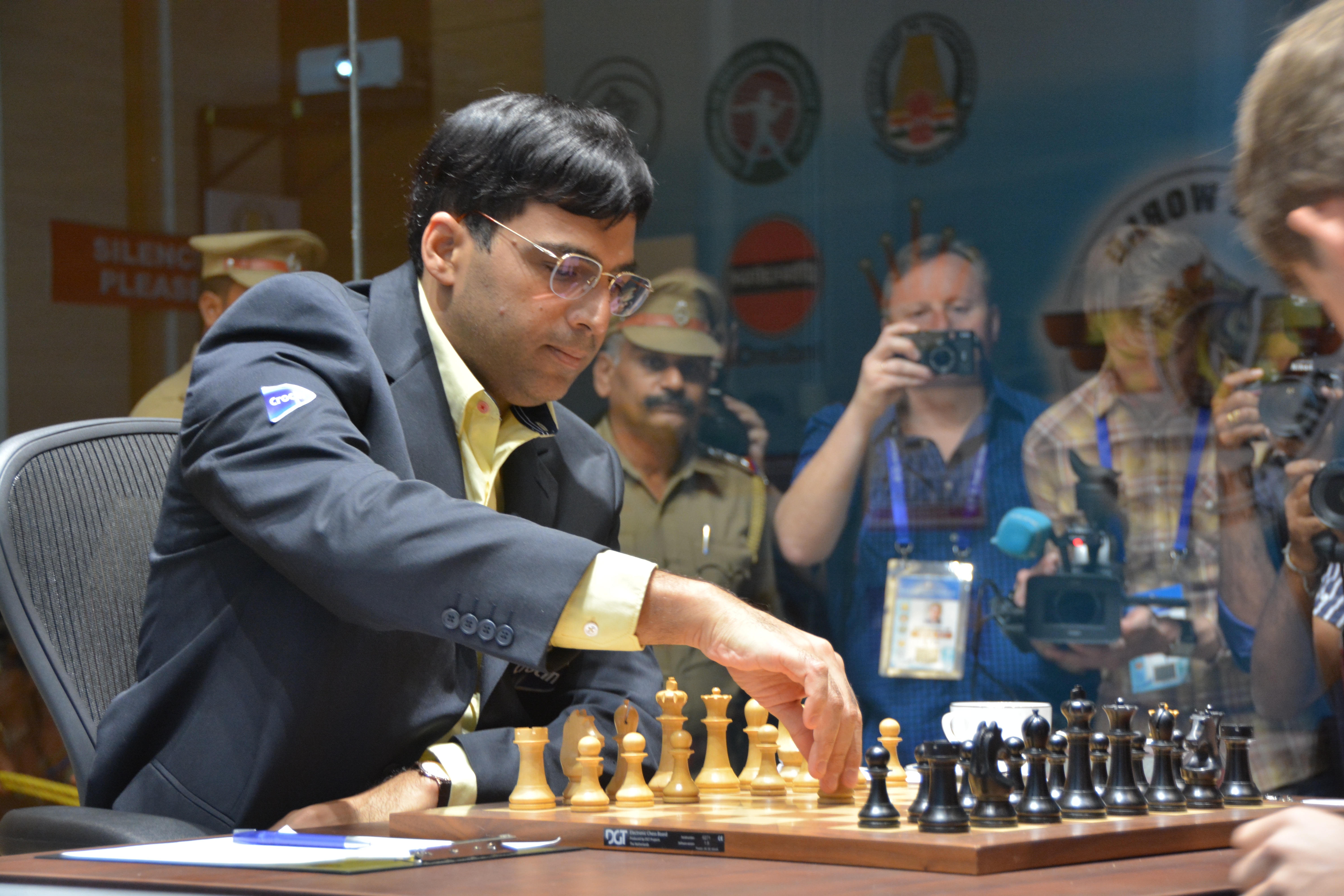 Challenger Magnus Carlsen of Norway was in the upperhand for most of game four but champion Viswanathan Anand put a stupendous defence to draw in 64 moves after full six hours of play.

The scores are level at 2-2 and the match is evenly poised.  The longest game in time and moves have just been played.  The players have fully warmed up.

The Norwegian went for the Berlin variation of the Ruy Lopez. This variation, a quiet line gained popularity after Kramnik used it successfully in 2000 at London against Kasparov.  It was later named the Berlin wall in chess circles after Kramnik drew all his black games with it.

Since 2000, many leading players are utilizing the variation as black to neutralize white’s powerful 1.e4 move.  Anand sacrificed a pawn to clamp the black queen side.  There was risk involved.  If black defends well black’s three to one pawn advantage on the queenside would pose white awesome danger.

After move 34, white appeared to have good compensation for the pawn.  Anand’s 35th move left Carlsen thinking. Lack of development put the young Norwegian challenger in all sorts of trouble.  At move 40 white was well place with active pieces.  The central passed pawn for white ensured that black had to be careful.

After white’s 41st move, black activated his pieces and the baton of advantage moved to black.  Enjoying an extra pawn in the rooks ending, Carlsen faced stiff opposition from Anand and the game was drawn after 64 moves.

“The first three and a half hours was dominated by black, later it was level,” said commentator Grand Master R.B. Ramesh.

Anand had to make accurate moves in the ending. “It is not always that I am down to the last minute,” said Anand. The four rooks ending was ‘scary’ ceded Anand.

This match is excitingly poised after this fighting draw. Strangely white has never had the upperhand in the games! Perhaps the players prepared more with the black pieces.

“Tomorrow I will get some rest after this tough game,” said Anand. Something went horribly wrong in the opening,” said Anand who showed great character and fought back to draw the game.

“I got winning chances, always had some obstacles, I could not deal with,” said Carlsen. “This match will be decided on the board and not off the board,” said Carlsen when a question came on Garry Kasparov.

Anand said he did not know about his team’s request not to allow Kasparov in the first few rows among the audience. “I focus on chess,” said Anand.

Eight games remain to be played. Carlsen will play white in the fifth game.  This Rs.14 Crore event is sponsored by the Tamil Nadu Government.  Thursday is a free day.  Play resumes of Friday after a day’s rest.

In the chess solving contest held on Wednesday, International Master Ramnath Bhuvanesh of Chennai won the first prize.  Fifty-five solvers participated in the lobby of Hyatt Regency Hotel.  This Chess Solving is held on all match days at 4 p.m. 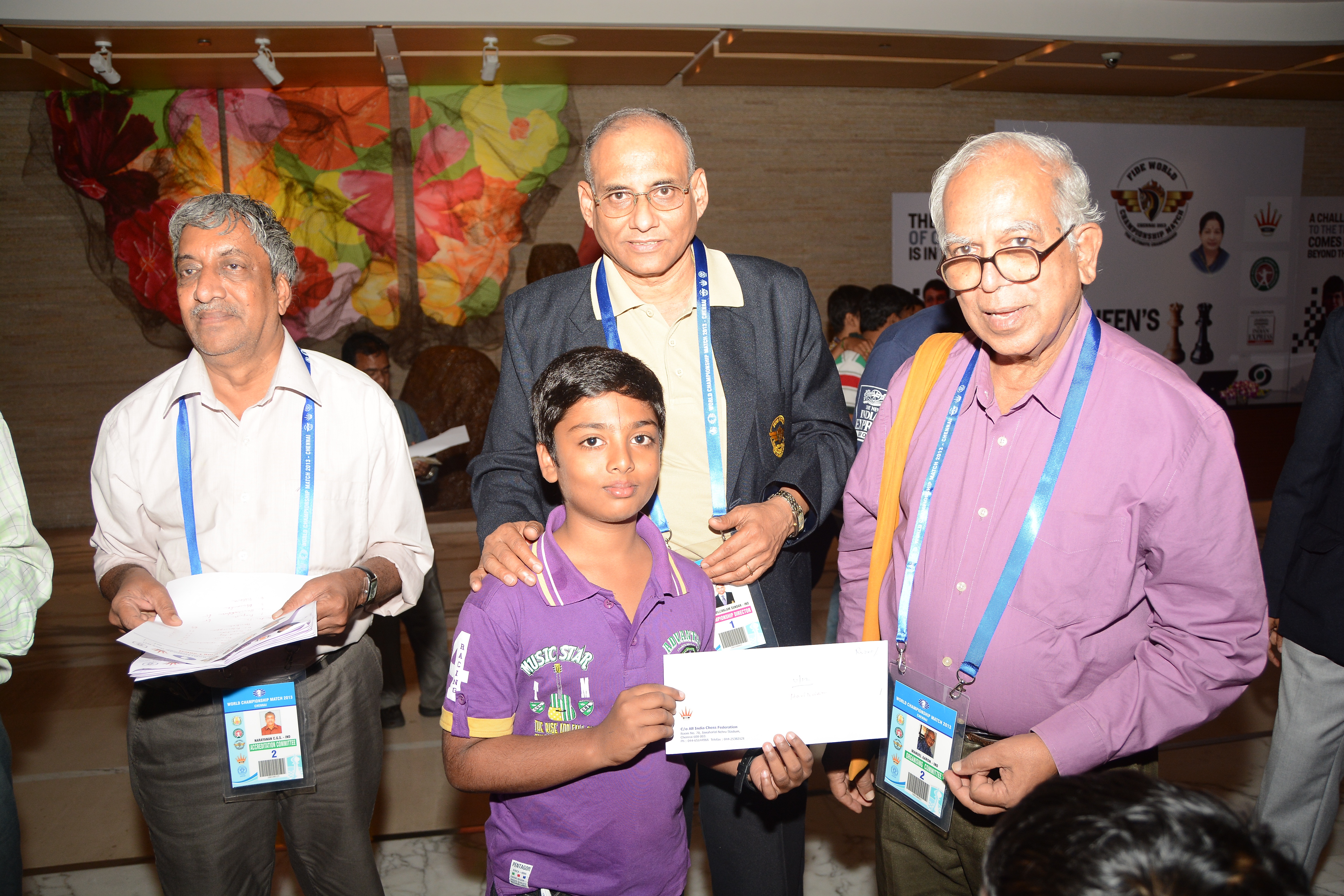 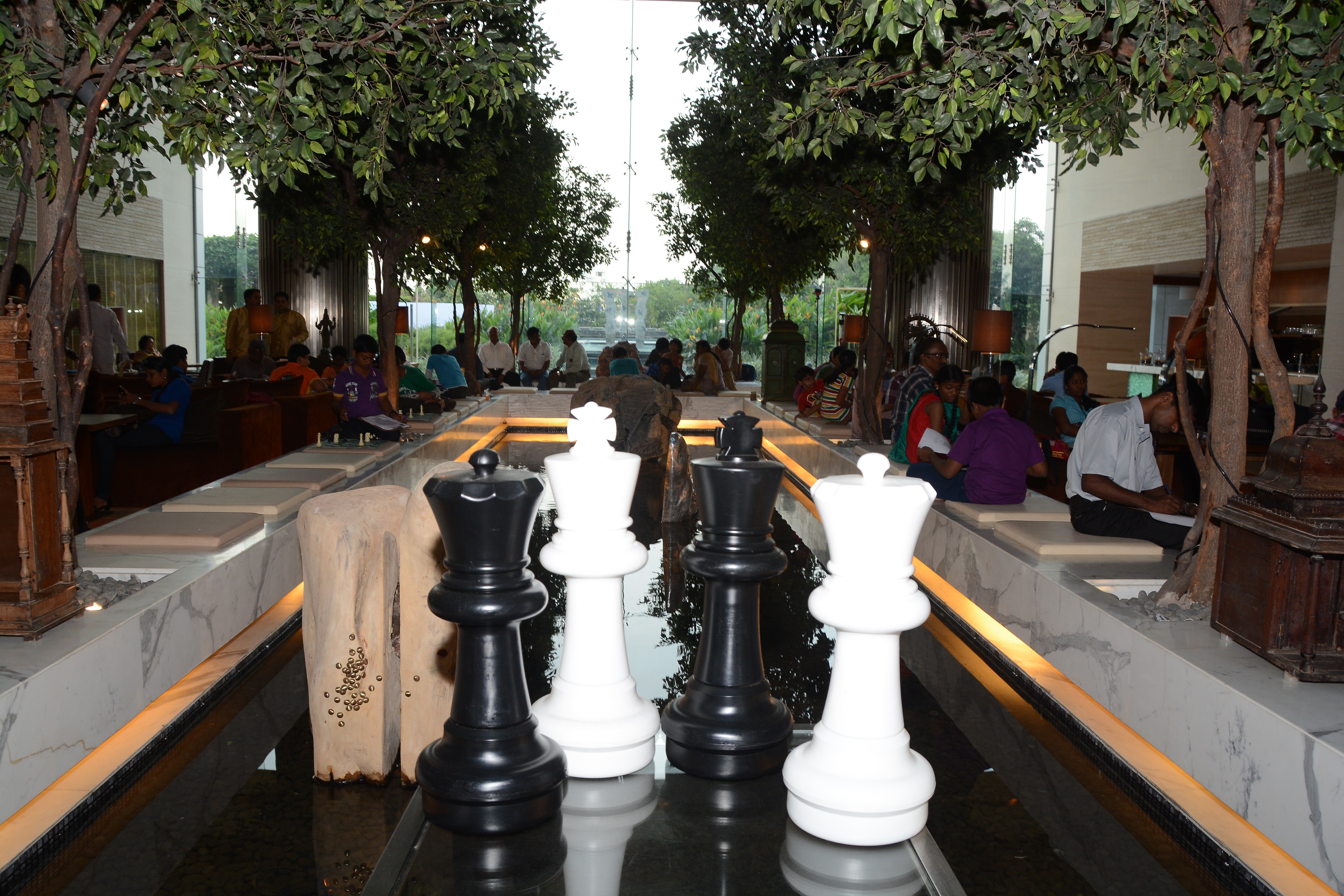 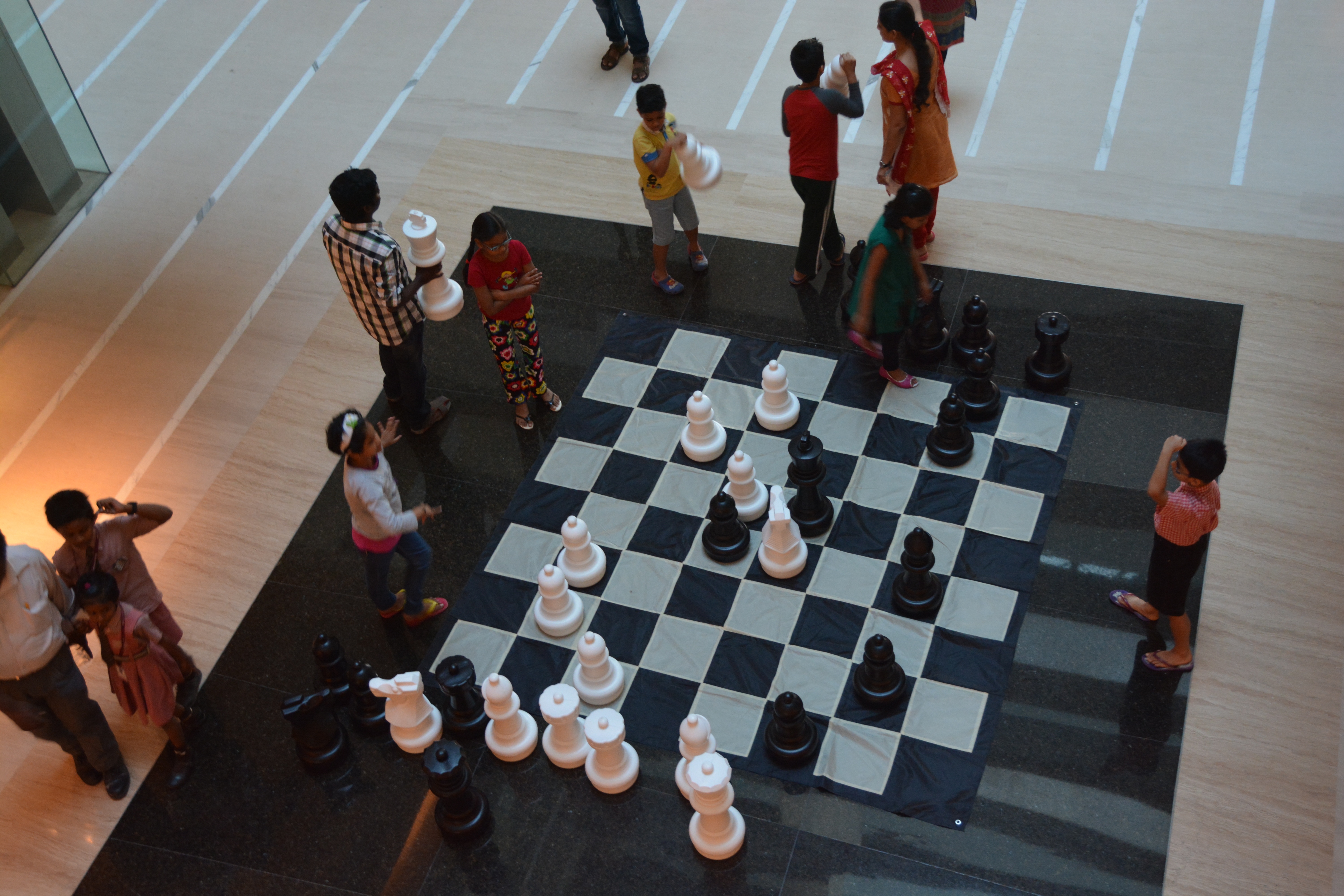 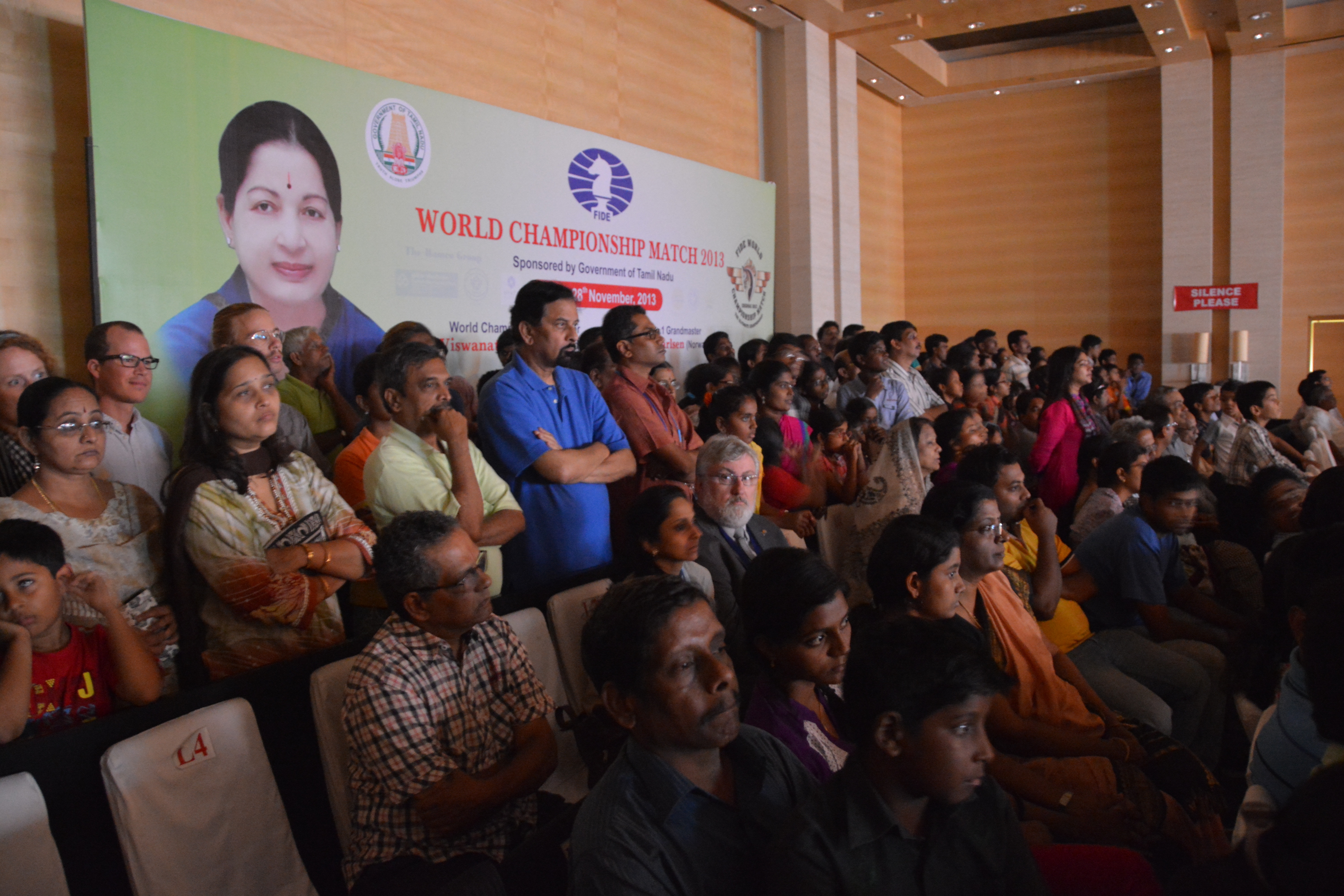 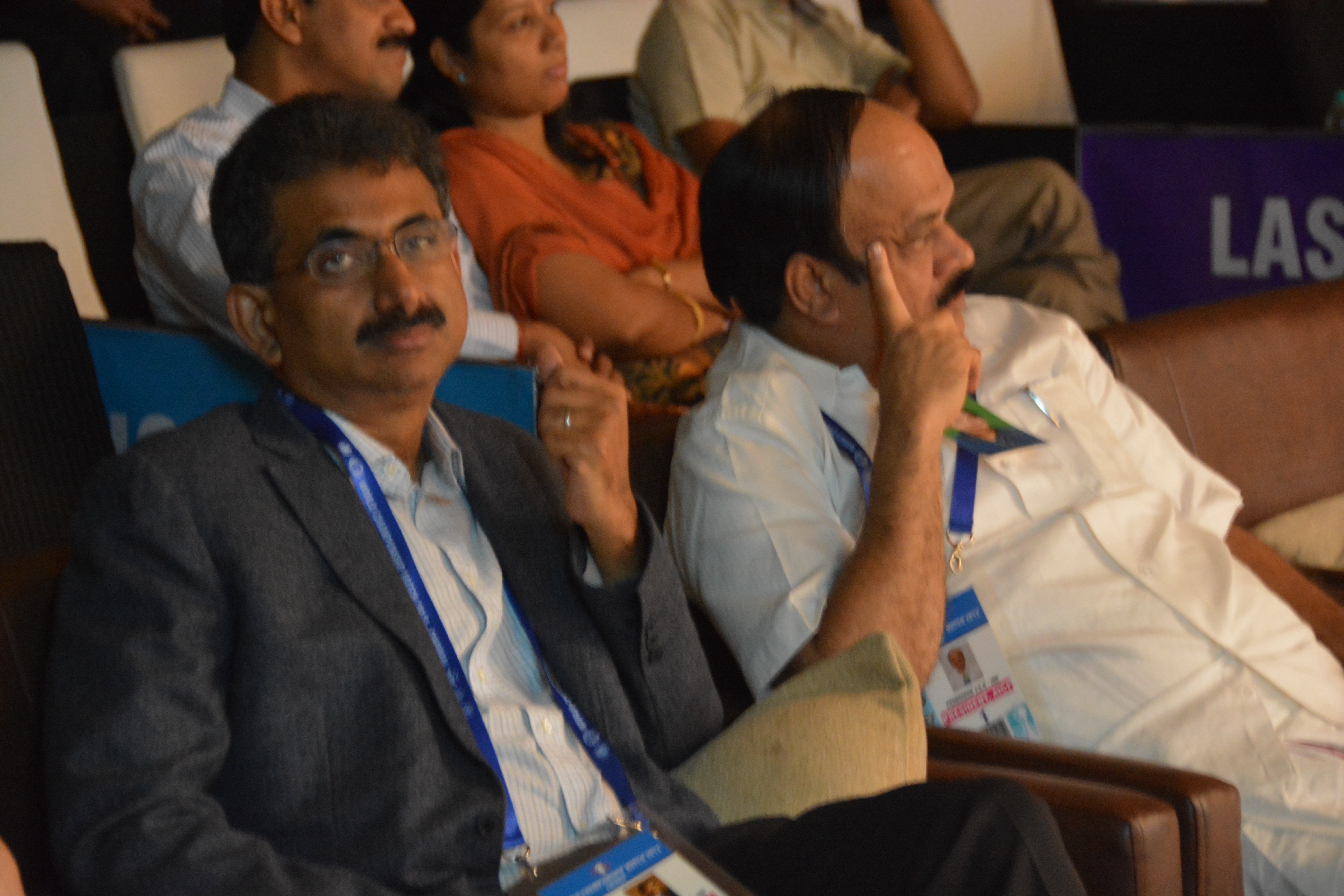 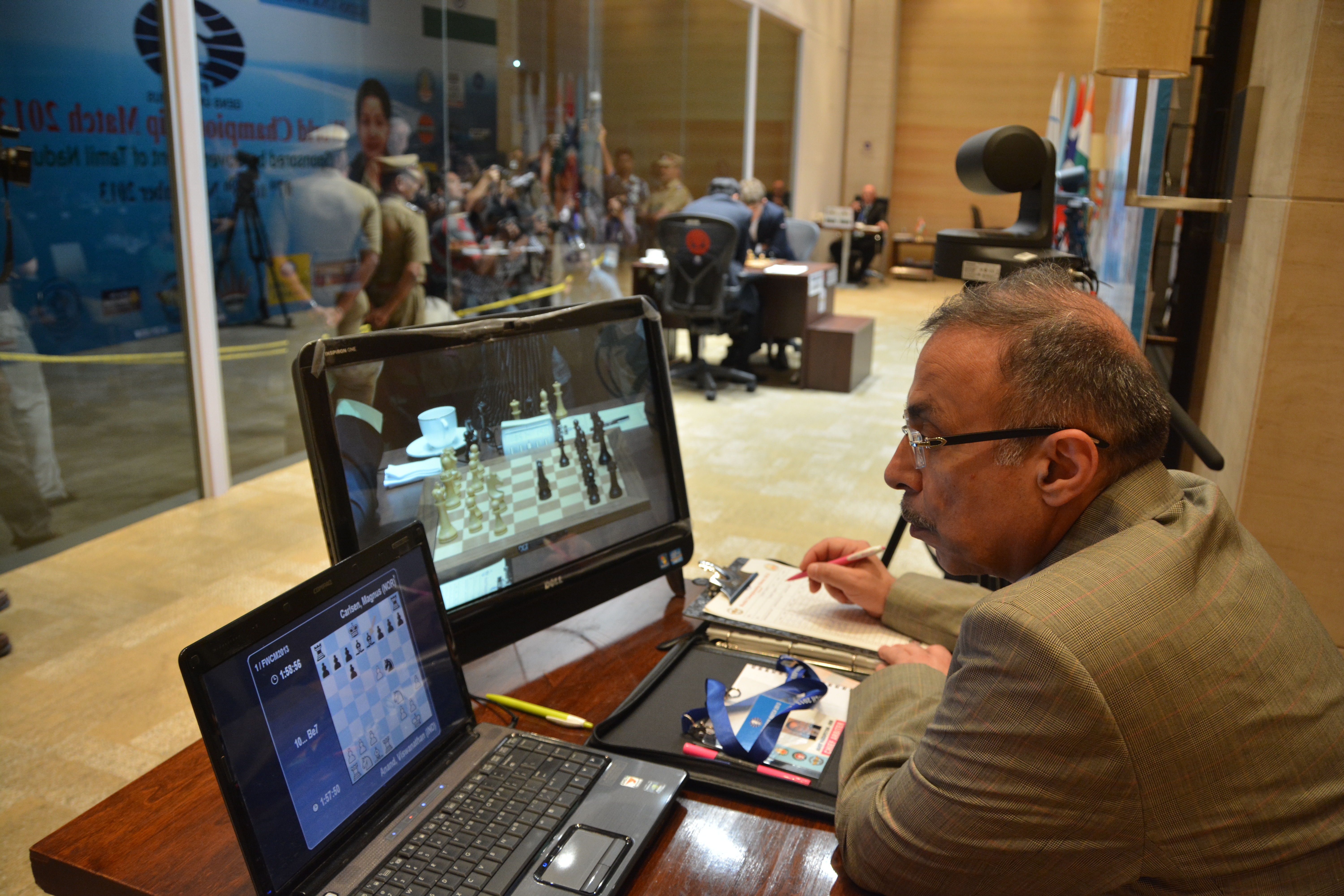 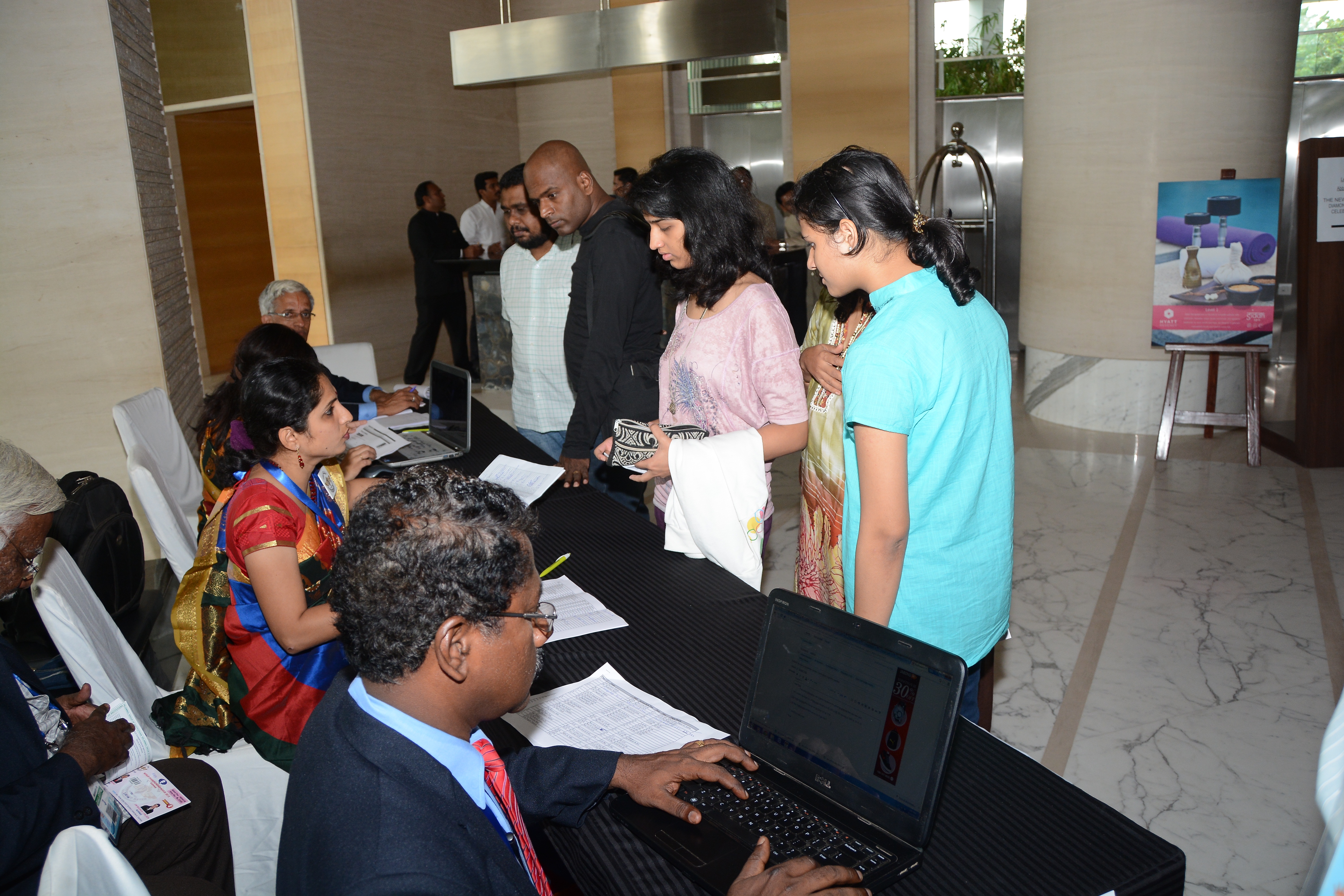