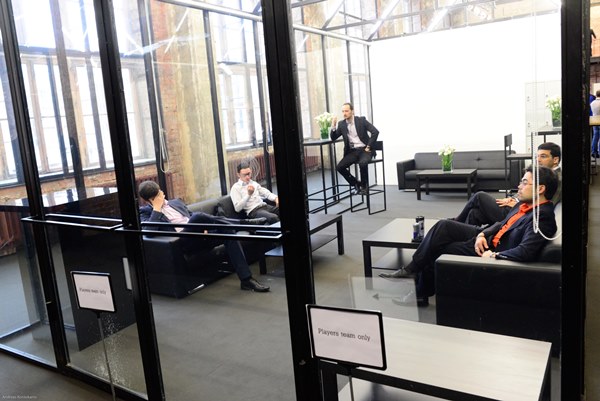 Anand Draws Topalov In Round 8
By Arvind Aaron

Viswanathan Anand drew Veselin Topalov with the black pieces by remaining in the comfort zone all through in the eighth round of the FIDE Candidates Tournament in Moscow on March 20.

The hero of round eight was Fabiano Caruana who beat his American team-mate Hikaru Nakamura. Registering his first win, Caruana joined Anand in the joint third place with 4½ points.

The leaders are Aronian and Karjakin with five points out of eight games. Six rounds remain to be played.

In the ninth round, Anand takes on Aronian with the white pieces. Anand played the queen’s gambit declined with black and drew a pawn ending with ease.