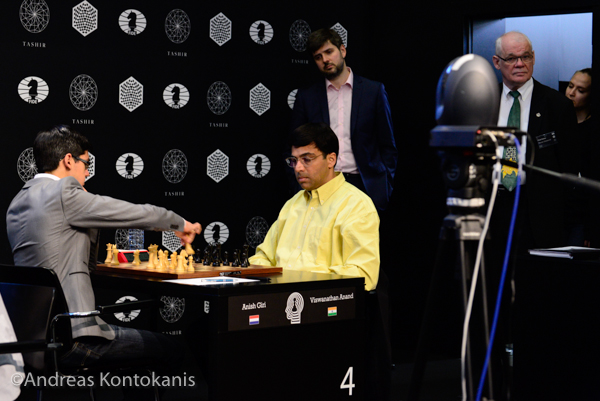 Levon Aronian and Sergey Karjakin are leading at the half-way stage with 4½/7. At the completion of the first all-play-all, Anand is in third position with four points.

Anand played the Queen’s Gambit declined with black and drew Giri in 31 moves after reaching an equal bishop ending.

Anand has played better than his rating requirement in the first half. In the eighth round he faces Topalov with black.