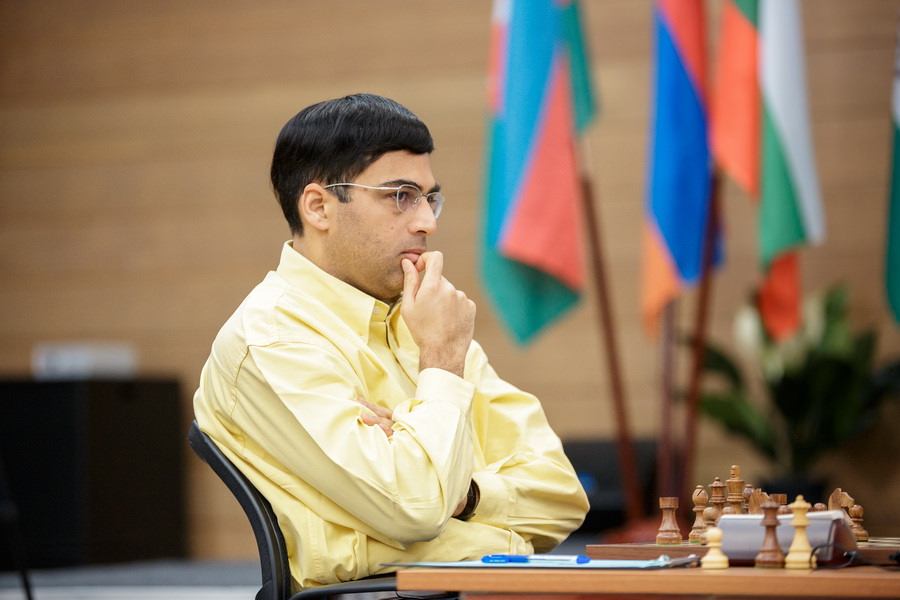 Anand Plays Energetic Draw In Round Two
By Arvind Aaron

Former world champion Viswanathan Anand who shocked Levon Aronian of Armenia in round one, continued with the same energy levels in round two to draw Bulgarian Veselin Topalov with the black pieces at Khanty-Mansiysk in Russia on March 14, 2014.

Peter Svidler and Vladimir Kramnik scored over fellow Russians Dmitry Andreikin and Sergey Karjakin to join Anand in the lead on 1.5 points after two games. In this 8-player, double all-play-all, twelve rounds remain to be played.

Anand as black faced a Reti opening that got transposed into an English opening. After black gave up a pawn early, and the castling right, white was still unable to gain the upperhand. All Topalov managed was enter a rook ending with four pawns to three on the same time.

Though, that theoretically gives winning chances, Anand played the rook ending with huge energy that he even swapped rooks at one stage and played the pawn ending with a deficit to draw comfortably. After 54 moves, the board was clean, only two kings left and it signalled a well fought battle.

Anand has had his rook ending lessons from Linares 2003 and the World Championship match in Chennai 2013, did not look like the player who lost level rook endings on Friday. Having lost some weight after the match, Anand looks more fit and fought with great energy and this is a sign of a player who has recovered totally.

The pairing of FIDE World Championship Candidates has been done in such a manner the Russians face each other early so that the suspicion of throwing points is buried.

Kramnik sacrificed a rook for minor piece and crushed Karjakin in 39 moves with white. Host entry Svidler is one of the three leaders and that can happen only to a Russian. He won a nice rook ending against Andreikin in 31 moves.

Top seed Aronian bounced back with a win over Mamedyarov to become the only player to figure in 100% decisive games. Standings: 1-3 Anand, Kramnik, Svidler 1.5/2 each; 4-5 Aronian, Topalov 1 each, 6-8 Andreikin, Karjakin, Mamedyarov 0.5 each.