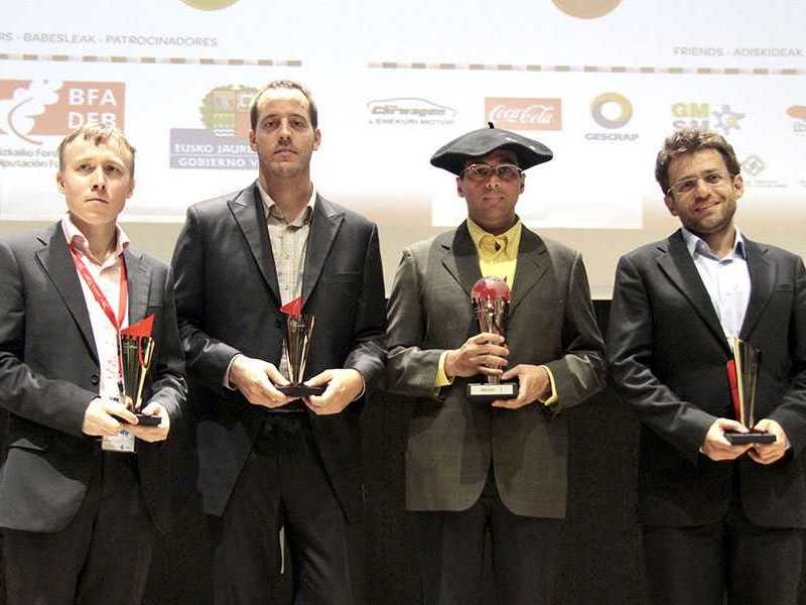 World championship challenger Viswanathan Anand won his last event before the World Championship match against Magnus Carlsen starting in Sochi, Russia from Nov 7, 2014. The Chennai born Vishy Anand won with a round to spare at Bilbao in Spain.

Anand beat Vallejo twice, then beat Ponomariov once and drew him in another and had a defeat and draw against Aronian. Anand totalled 11 points to win this Category 21 event. Anand lost the last round to Aronian but it did not damage his placing.

This event will go behind the Baden Baden success and the Candidates Match success achieved this year at Khanty Mansiysk.

A victory earns three points, a draw one point and a defeat gets zero. This double all-play-all ran from September 14-20, 2014.