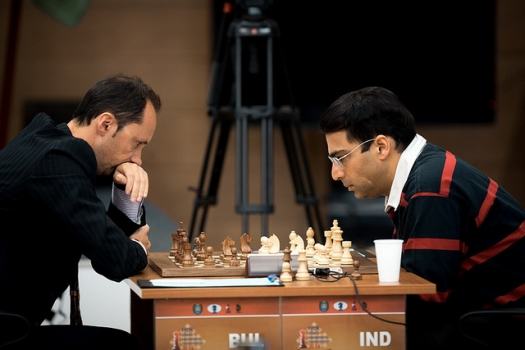 It was a significant round from the Indian point of view with Viswanathan Anand scoring a long endgame win over Veselin Topalov of Bulgaria while Levon Aronian of Armenia and Vladimir Kramnik of Russia tasted defeats.

Anand moved to six points from nine rounds and leads by a clear points with five rounds still to be played. Aronian slipped after an endgame defeat to Mamedyarov of Azerbaijan. Kramnik went down to Karjakin and the fourth game between Andreikin and Svidler ended in a draw.

Facing a Najdorf variation, Anand went into a favourable queen ending and won in 57 moves to score his third win in the event. By drawing six, he is on six points and the only undefeated player in the 8-player double all-play-all.

Strong preparation and execution skills aided by good energy levels has taken Anand to the top. The player who wins this will challenge Carlsen for the world title later this year. 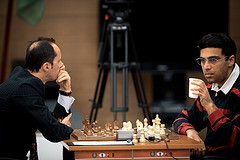