FIDE at its Presidential Board in Khanty-Mansiysk approved the Grand Master title of Ankit Rajpara, conditioning the title on the 2500 rating.

So, whenever, Ankit Rajpara reaches the 2500 rating, he would automatically become India’s next Grand Master.

Similarly, Sameer Kathmale will become India’s next International Master when he reaches the 2400 rating.

Ahmedabad born Ankit Rajpara is 19 year old and completed his three GM norms in Europe. His first norm came in August 2013 at Rethymno, Greece and the second norm was

made at Graz, Austria in Feb 2014. Ankit Rajpara completed the GM norms at Cannes, France in the end of February 2014 scoring 7/9.

Two players, Aravindh Chithambaram and T.U. Navin Kanna of Chennai were confirmed International Masters without any condition. Other titles awarded to Indians were: 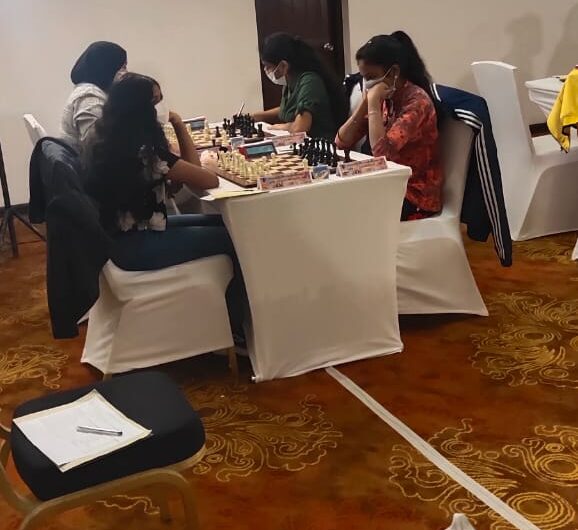 ASIAN JUNIORS AND GIRLS’2021-SRILANKA:Reports of Round 8 2 min read

ASIAN JUNIORS AND GIRLS’2021-SRILANKA:Reports of Round 8