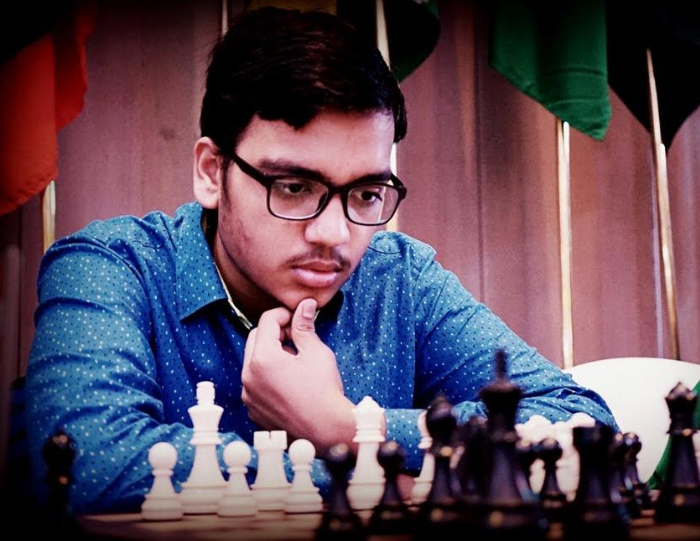 The 2nd edition of Goa International Open Grandmasters Chess Tournament got off to a surprising start as Chennai based BSNL employee Ram S Krishnan stunned seventh seed Grandmaster Aleksej Aleksandrov in the opening round.

Playing white side of Ragozin Defence variation of Queen’s Gambit Declined, Ram was a class act on Tuesday afternoon against his Belarusian opponent as he put enormous pressure on the king side of his rival in the middle game to secure a memorable victory after 42 moves.

It was a day of big upsets as Grandmasters found the going tough. Apart from Aleksandrov, Grandmaster Karthik Venkataraman, RR Luxman, Himanshu Sharma and Maximum Lugovskoy of Russia bit the dust against their lower rated Indian opponents.

A total number of 246 players from 23 countries, which include 35 Grandmasters, 29 International Masters, 02 Women Grandmasters and 10 Women International Masters are taking part in the premier section while in the Category ‘B’ for the players below 1999 international rating which is underway simultaneously with the premier section attracted a total number of 458 players. The third category for the players below 1599 elo rating will start on Saturday and this section already crossed the barrier 500 and entries are pouring day by day.

Sankalp Gupta brought cheers to Indian chess buffs by becoming the new International Master of the country as he crossed the rating barrier of 2400 after outwitting Brazilian Grandmaster Alexandr Fier in the third round game. Already having required number of International Masters Norms in the kitty, Gupta now completed all the formalities to become an International Master.

Meanwhile four players are leading with perfect score at the end of fifth round matches in the Category B section for the players Below 2000 rating category which is underway simultaneously with premier section.