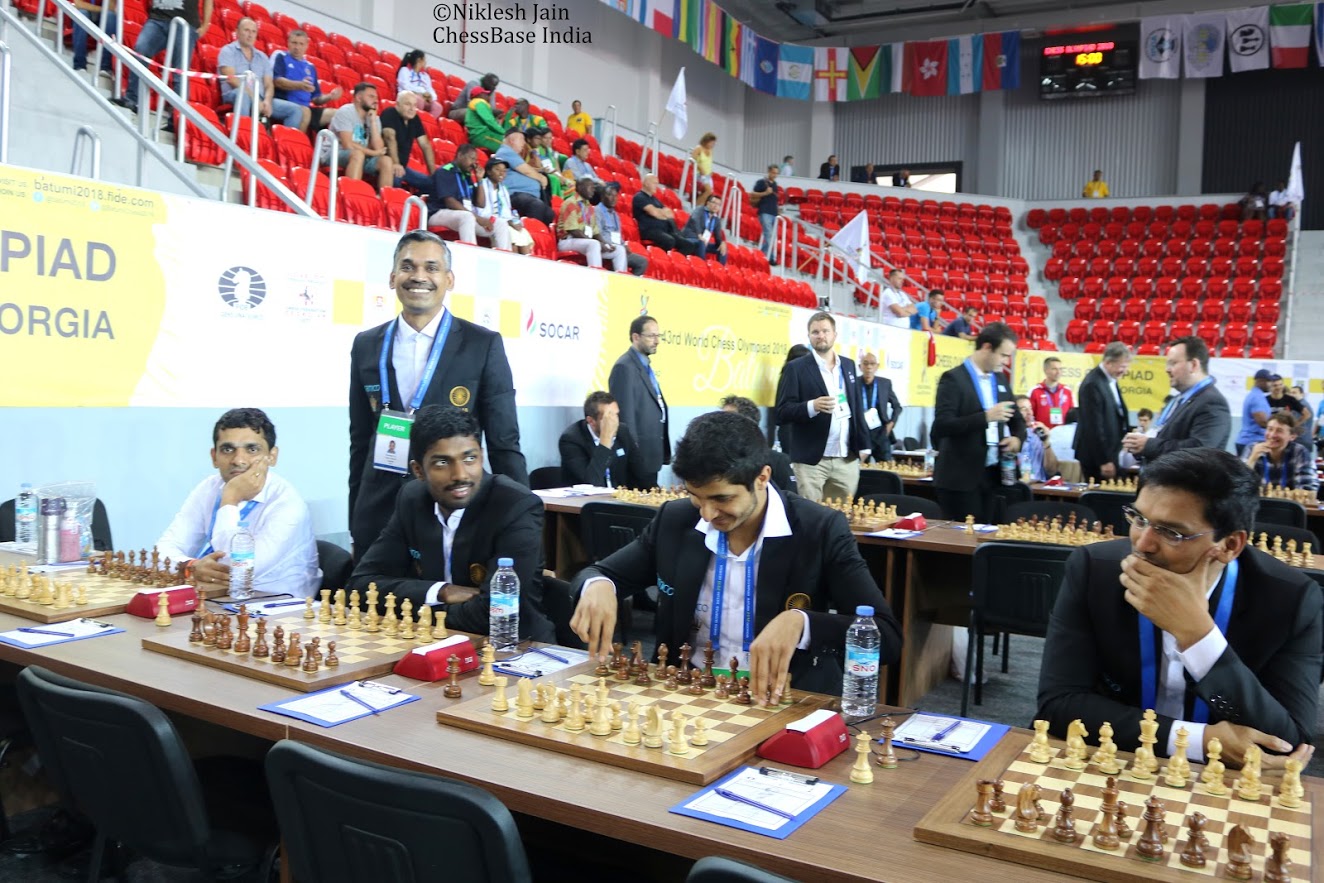 Indian Team is supported by Ramco GroupTeam India had a rousing start in round 1 of the 43rd Olympiad 2018 Open & Women at Batumi, Georgia. With Viswanathan Anand being rested, the men’s team in the Open group eclipsed 3.5-0.5 win over El Salvador, Women’s team made a clean sweep 4-0 victory over their counterparts from New Zealand.

While the first three registered easy wins, Sasikiran was held to a draw in 52 moves on the last board by Carlos Burgos Figueroa, thereby denying India a perfect score.

In the second round, India’s opponent will be Austria.

GM Koneru Humpy defeated New Zealand’s Helen Milligan in 36 moves with black and International Masters Eesha Karavade and Padmini Rout quickly made it 3-0 for the team.

Playing on the second board, IM Tania Sachdev was in trouble in the middle game but she kept her nerves to fight back and turned things around in the endgame despite being a pawn down to win in 67 moves to take the team to a joint top spot with 55 others.

The Indian women’s team will now face Venezuela in the second round.