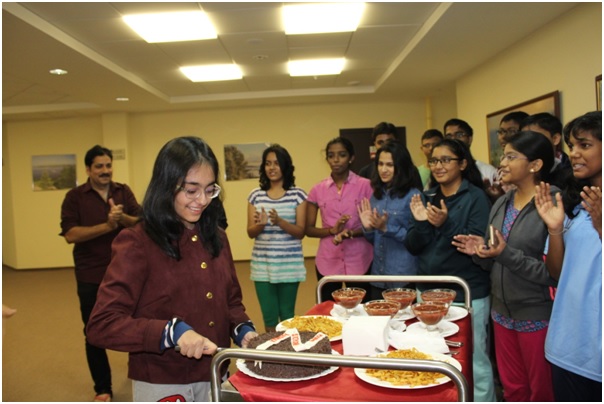 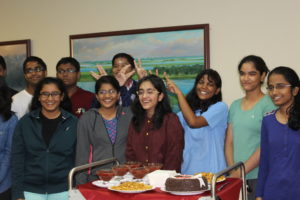 Indians seem to have gradually settled down to the weather and food at World Youth Chess Championship 2016 at Khanty-Mansiysk, Russia. Team recorded a tally of wins 11 wins, 3 draws and 4 losses of the possible 18 games. A gradual uptick with scores

Mumbai based Bhavik Bharambe was the star of the Indian contingent today as he scored his 3rd consecutive win in as many rounds, remarkable feature is that this is his second consecutive win against quite highly rated opponents.Today, Bhavik was well armed to meet George Stolerui’s Dutch Defense with a surprise variation as well. As Bhavik uncorked his home preparation and his 15th move – c5! proved to be almost decisive. He got huge positional advantage after the forced exchanges and within next 15 moves emerged with an extra piece. The game should have ended here but George tested Bhavik’s technique for another 20 moves before surrendering.

Another promising win was recorded by Tarun V Kanth from Tamil Nadu. Tarun’s game with Iric Velimiv of Serbia, today was full of excitement from start till finish. Tarun chose an unorthodox opening to surprise his higher rated opponent and in a way his strategy worked well. Iric underestimated Tarun to certain extent and launched a dubious attack on Tarun’s King. In the heat of the moment, Iric sacrificed his Bishop on move 15 to increase the intensity of the attack. However, Tarun kept his temper under control and defended very well – in doing so Tarun set up an ingenious trap which his opponent couldn’t consider! Tarun’s trap was successful as Iric’s Queen lost her way back to safety and was captured by Tarun’s army, it was the end of the very complicated and interesting battle!

In the Girls Section, Priyanka Nutakki and Aakanksha Hangwane are playing strong with 2 consecutive wins followed by an interesting draw in the third round in Under 14 G and Under 16 G categories respectively. Saina Salonica, though had a draw in round 2, caught up immediately. All the three girls are on 2.5 out of a possible 3 points.

With 8 rounds to go, day 4 ended with continued aspirations for more wins and brilliances on the board!
Results of Indian Players for the day: Round 3

Mumbai player Aashna Makhija, ‘Miss Smile’ of the Indian Delegation, celebrated her14th birthday with the team yesterday. Team got together for a quick 20 mins cake cutting and enjoyed their share of chocolate cake and French Fries. For Aashna, Chess is her world and Chess friends are her family. This is Aashna’s fourth birthday in a row that she is celebrating at a tournament with her chess friend

Mumbai based Bhavik is a 9th grade student of The Model English School, Dombivli, Mumbai. Playing chess for the last 8 yrs, Bhavik’s initiation to the game was from his father and 1st guru, Shri Chudaman Maharu Bharambe. After being with the game for close to a year, he started his initial formal lessons from Mr Satish Menon and continued for around 3 years. Currently Bhavik is training with IM Sharad Tilak and has been under his guidance since 2011.
Bhavik’s recent key wins include: 5th at 2016 Asian Youth Chess Championship, Mongolia; Silver at 2015 National Under 13 Championship and Silver at 2013 State Under 13 Championship.
Apart from playing chess, Bhavik enjoys reading story books, classics and fiction –and his favorite authors are Charles Dickens & Shakespeare.
Off beat!