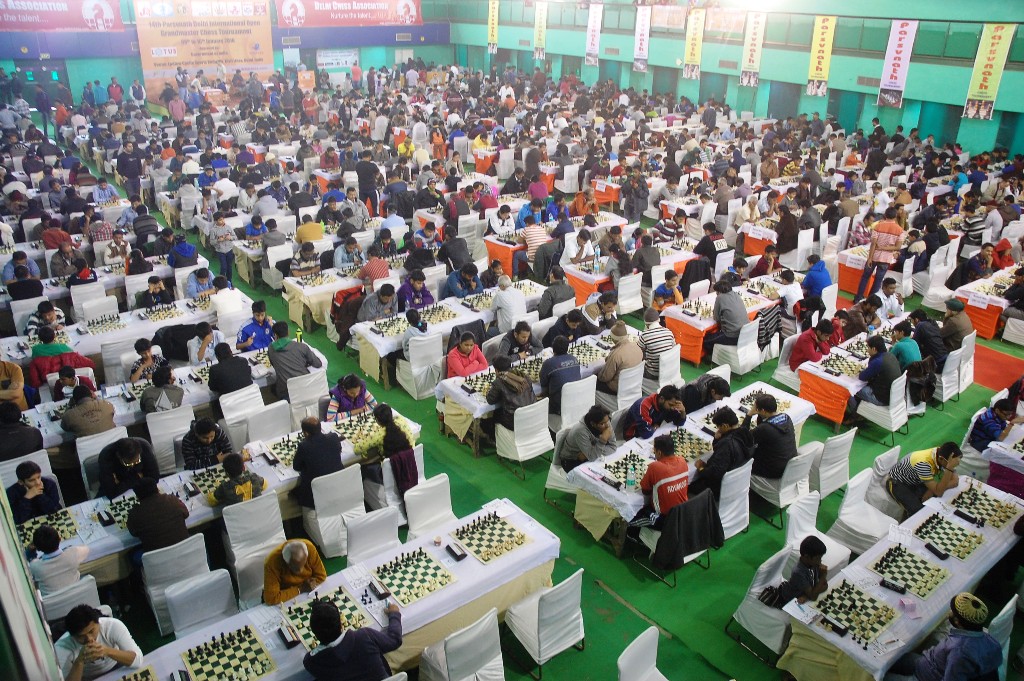 Record books will be re-written yet again. Delhi Chess Association has the unique distinction of hosting India’s richest chess open tournament over the years. But this time, the city will break its own record that was set in 2017.
The 16th Delhi International Grandmaster Open is set to commence on 09 January 2018 (Tuesday) at Indira Gandhi Indoor Stadium, New Delhi. The festival consists of three categories, A, B & C with a total cash prize fund of a breath-taking Rs. 77,77,777/-.
More than 2000 passionate chess players from across India are participating in this mega event which is being organized by Delhi Chess Association under the aegis of All India Chess Federation. Players from 29 countries from around the world are playing in the tournament, breaking the previous record of 28 countries set by the 2017 edition of the same tournament.
The ‘A’ category of the tournament has managed to better itself in terms of cash prize and strength as for the first time in Indian history, a 2700+ elo rated player will be playing in a Classical GM Open.
GM Arkadij Naiditsch of Azerbaijan, rated 2701, will be the top seed of the tournament. Naiditsch is among the strongest players in the world and has beaten the current World Champion Magnus Carlsen in tournament games twice.
The second seed will be Tajikistan’s Farrukh Amonatov, rated 2636, who is the defending champion of the tournament.
The Indian challenge will be spearheaded by the Arjuna Awardee GM Abhijeet Gupta, rated 2610. Gupta is also the third seed of the tournament.
The premier event has 27 Grand Masters and 24 International Masters in the playing field and it is going to be a lip-smacking contest among Indian young stars, fighting for GM and IM norms, and foreign grandmasters trying to establish their dominance.
The “B” group that starts along-side the main event on Tuesday has already got 700+ participants while the ‘C’ group remains the biggest draw with the participants’ list touching close to 900. With entries still pouring in at the last minute, the organizers are sure to cross the 2000 mark in total.
“This is a historic moment for Indian chess as we welcome the 16th edition of the Delhi GM Open. We started small back in 2003, but now it is already boasting a record prize fund. This tournament has proved to be a boon to every chess player in India. It is our honor to serve Indian chess and Indian chess players,” said Mr. Bharat Singh Chauhan, the President of Delhi Chess Association.
Come Tuesday, the Indira Gandhi Indoor Stadium will be chock-full of chess players eager to make their moves. All the three categories are open to all participants and the registration for the ‘C’ group is open until the 12th of January 2018.
There will be ten rounds in ‘A’ group and nine each in ‘B’ and ‘C’ group.

Some Photos from the Previous Versions of the Tournament: 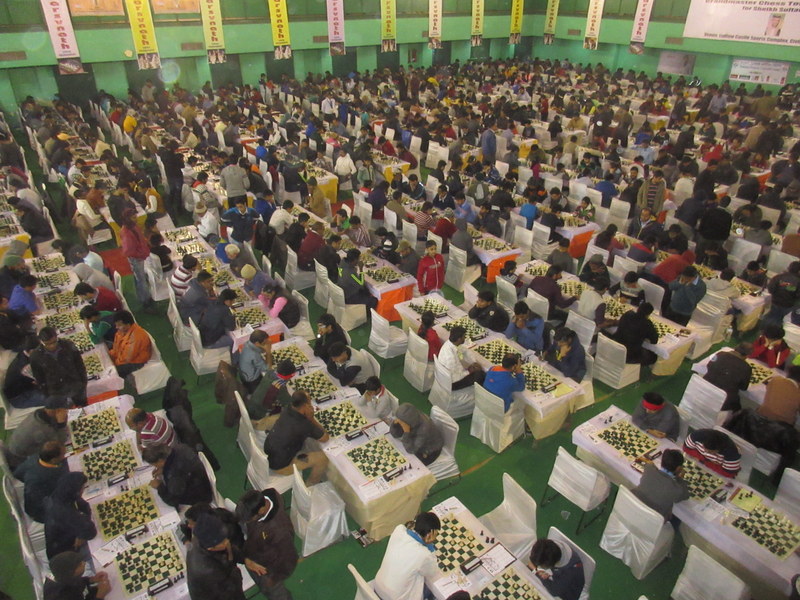 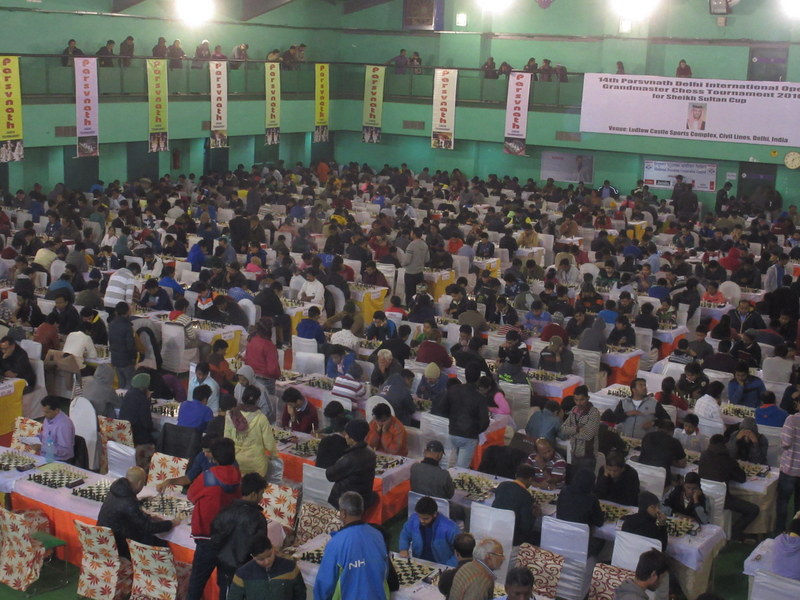 Become a part of the biggest chess festival of India by registering here.