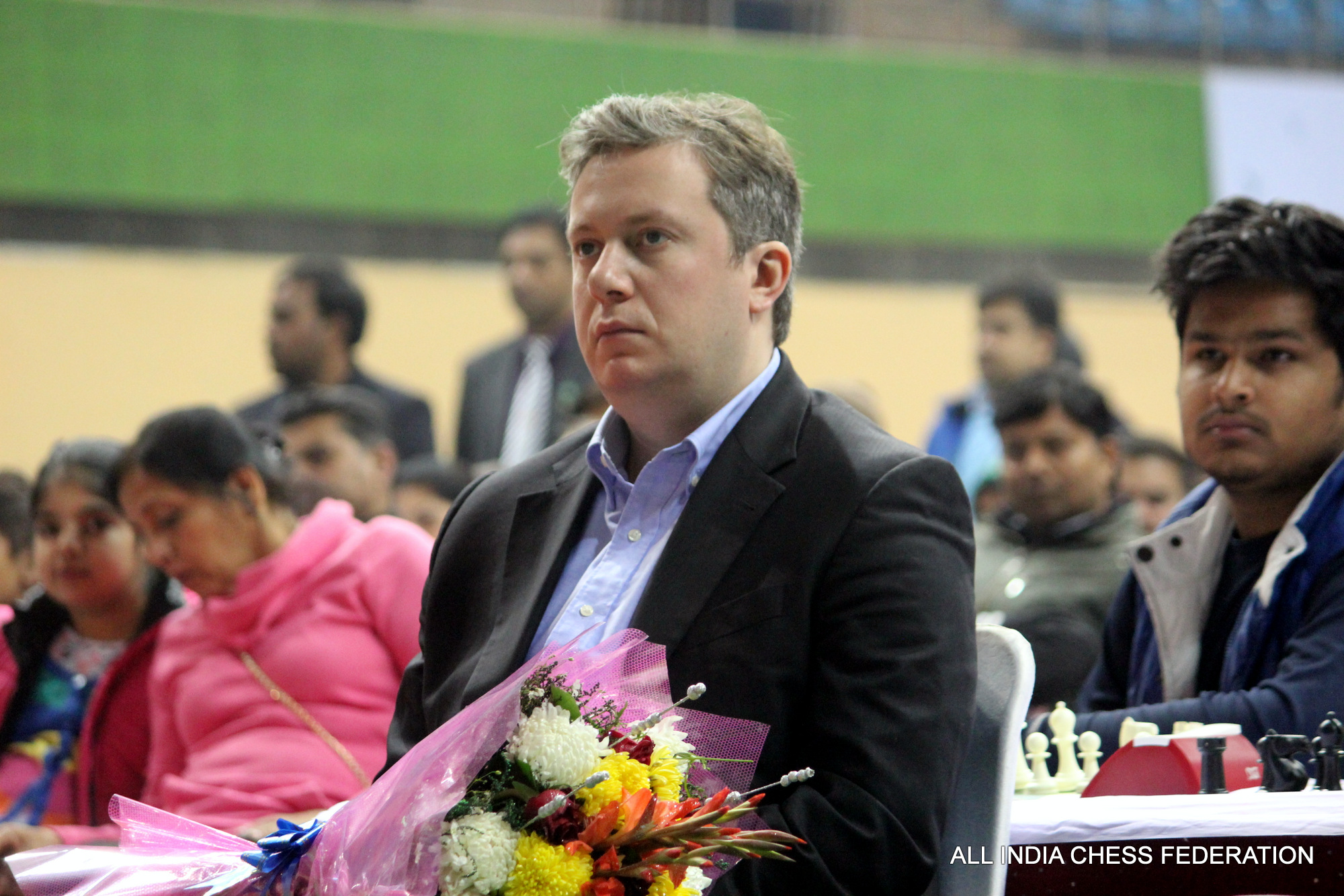 New Delhi (09 Jan 18): The 16th edition of Delhi International Open Chess Tournament got off to a perfect start for the star players as they were off to a winning start in the opening round except for a couple of upsets among Grandmasters. 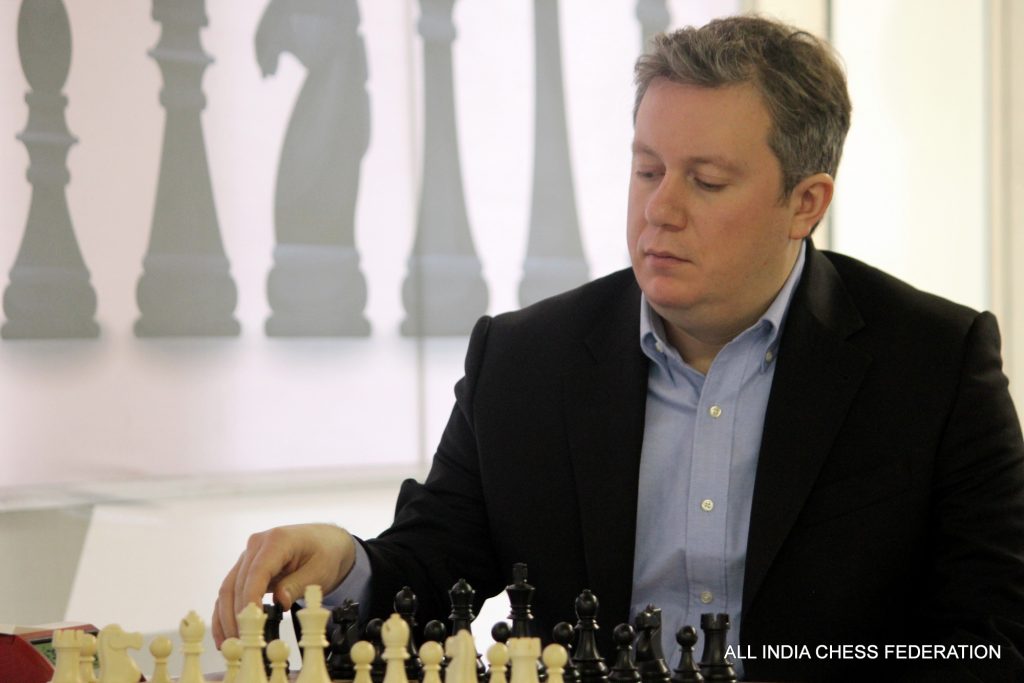 Top seed GM Arkadij Naiditsch, rated 2701, had a very easy outing after his opponent Varshini V., rated 2062, failed to create any chances and lost. Naiditsch said, “I am wary of the Indian youngsters as they are known to be dangerous and underrated. Today, it was an easy day.” 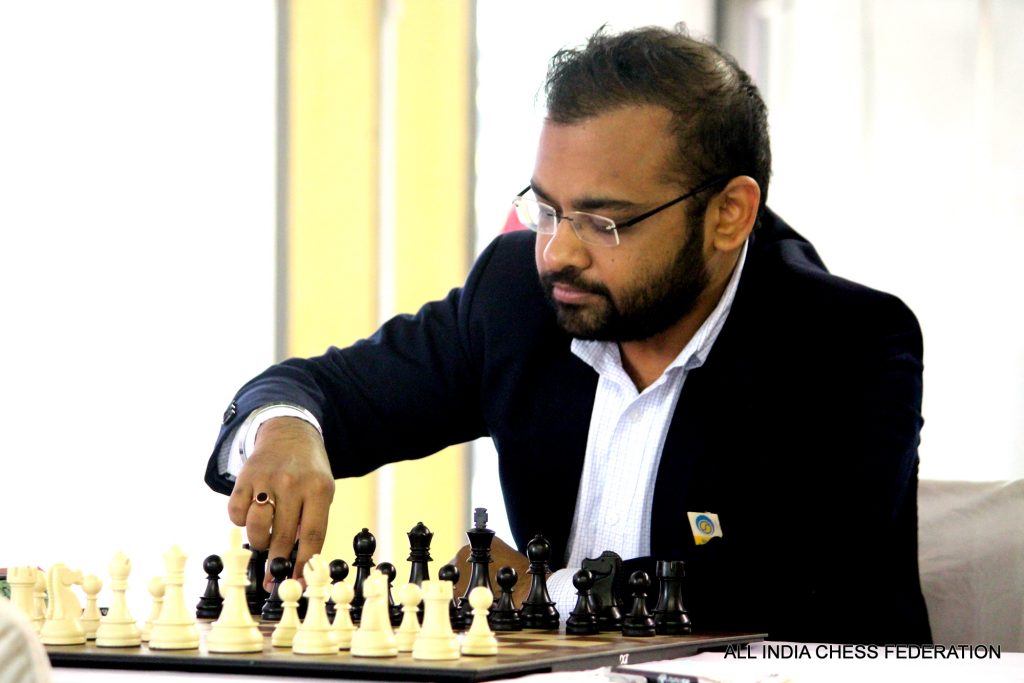 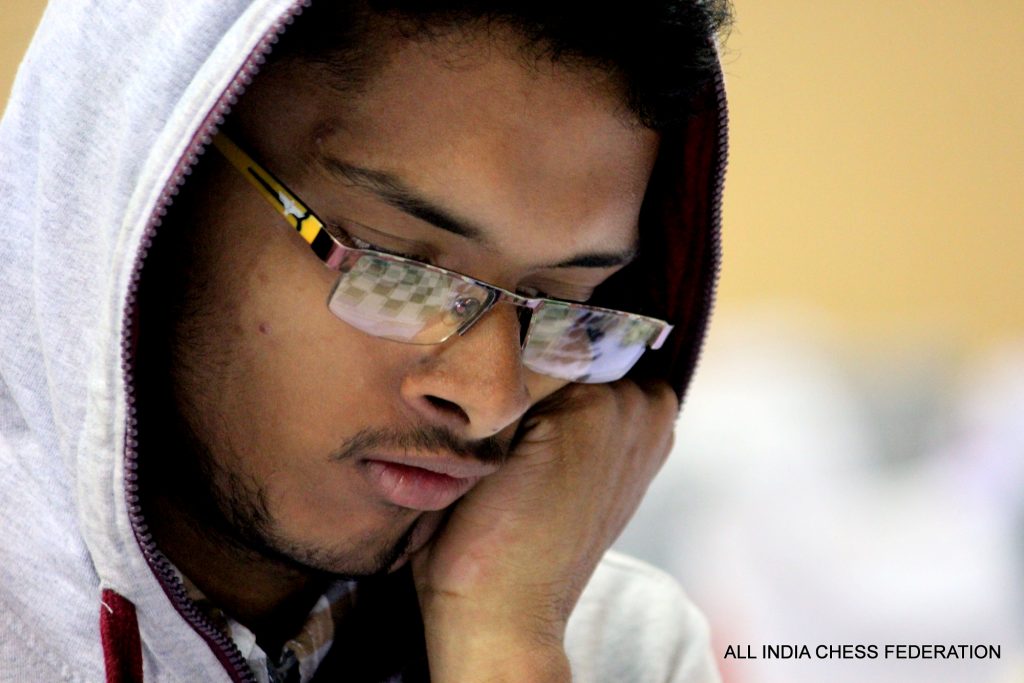 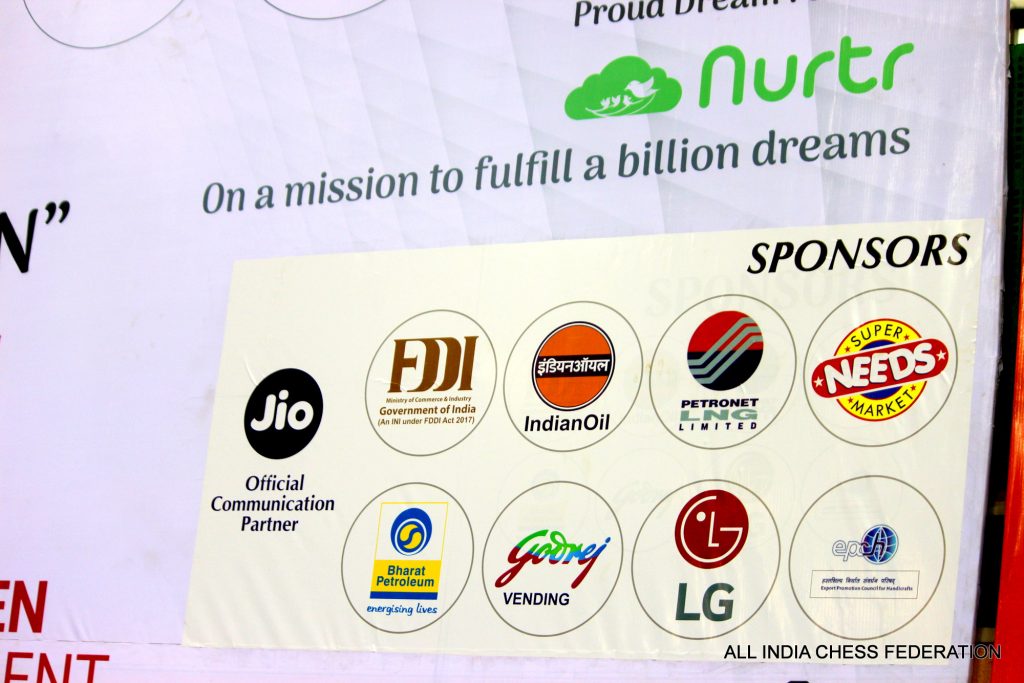 A total number of 264 players, which include 27 Grandmasters, 24 International Masters are taking part in the premier section while in the Category ‘B’ for the players below 1999 international rating which is underway simultaneously with the premier section attracted a total number of 783 players. The third category for the players below 1599 elo rating will start on Saturday and this section already crossed the barrier 950 and entries are pouring day by day.

In total, players from 30 countries are playing in the tournament. 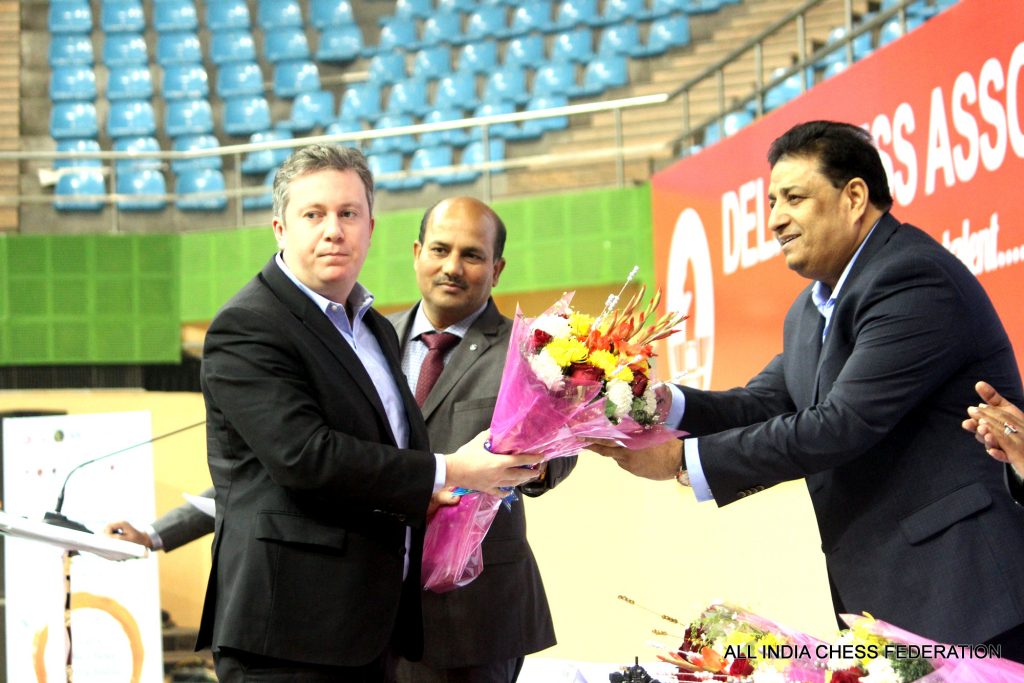 In the opening ceremony, Shri. Bharat Singh made a surprise move by announcing the next edition of this event with a record prize fund of Rs. 1 Crore 1 Lakh in the year 2019.

Video of the cheers when he announced the news.