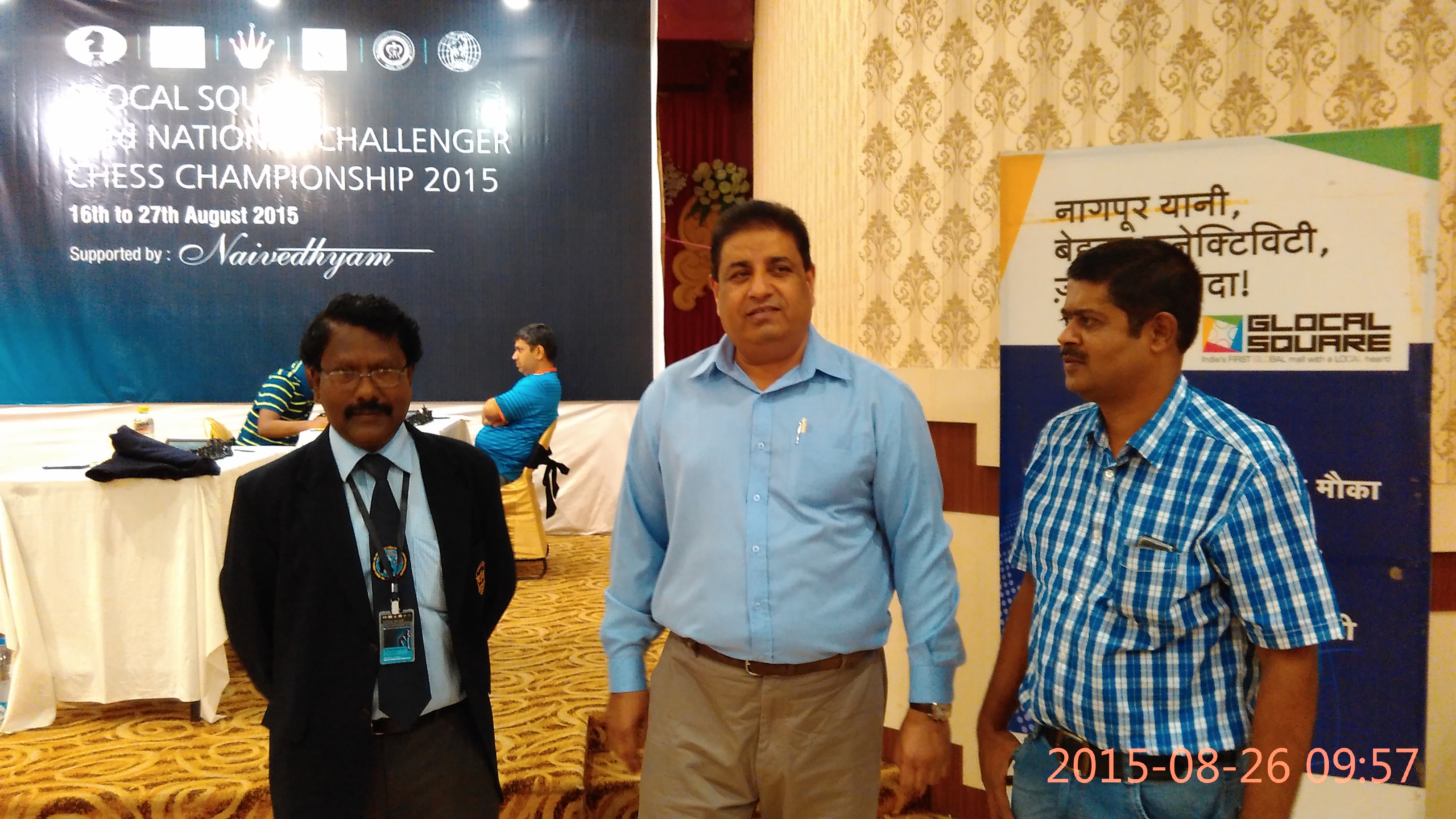 Five in the Lead
by IA S.Paul Arokia Raj,Chief Arbiter

The leadership issue became once again unclear with the three  GMs and two IMs occupying the top slot with 8.5 points each at the end of the eleventh round of the Glocal Square 53rd National Challengers championship in Nagpur on Tuesday.With the overnight leader IM Swapnil Dhopade settling for draw with GM Neelotpal Das on the top board he remained at 8.5 points.This helped other four players namely GMs M.R.Venkatesh, AbhijitKunte and Karthikayen Murali and  IM  Shyaamnikhil to catch up the leader with 8.5 points points after they all outmanouvered their respective opponents in the eleventh round. A battery of ten players including four GMs are with 8 points, followed by twelve others including two GMs.

Tamil Nadu’s IM Shyaamnikhil rose up to the occasion when he trounced the world cup qualifier and the second seed of the championship GM Lalith Babu in a theoretically won rook and pawn end game.Playing black Shayaam Nikhil preferred Queen’s Gambit accepted variation and the game was heading for a  rook and knight ending. Black targeted his opponent’s isolated centre pawn by a temporary knight sacrifice on his 68thmove.The rest was only a matter of technicque for Shyaam Nikhil to force the PSPB GM to resign the game.

GM KarthikeyanMuarli recovered from his loss in the earlier round by carving out a neat victory over IM Ratnakaran K in a closed Sicilian game.The teenaged GM from Tamil Nadu handled black side meticulously to saddle his queen,rook and bishop and struck a brilliant blow at white’s g3 pawn which was protecting his king.As the loss of this vital pawn might lead to severe loss for him Ratnakaran resigned on move 32.

GM Abhijit Kunte demonstrated  great skill in taming the IM S.Nitin in 40  moves. Choosing the Maroczy bind strucuture Abhijit went all out for hunting the black king by scanning through g and h files.When the black king was totlally exposed Nitin resigned.