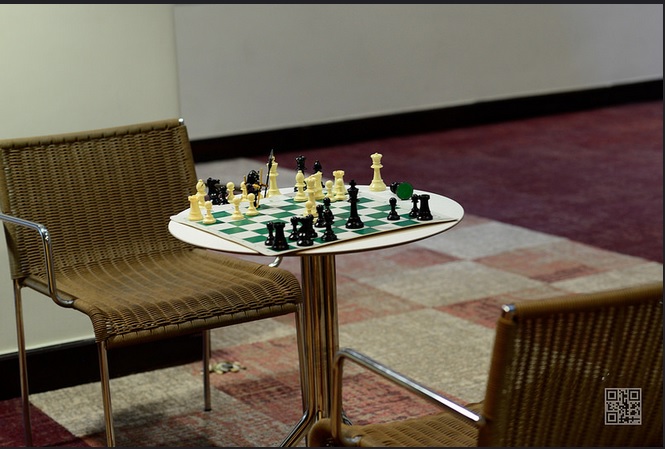 Four Indians In Sole Lead At WYCC
By Arvind Aaron

Savitha Shri (Girls U-8), Vaishali (Girls U-14), Mahalakshmi (Girls (U-18) and Bharath Subramaniyam (Open U-8) are leading after eight rounds in the World Youth Chess Championships at Greece.

Indians did not do well in the eighth round as in round seven but still held the lead in most sections of the World Youth Chess Championship in Porto Carras in Halkidiki, Greece on November 2, 2015.

In the Girls Under-8 section, Indian leader Savitha Shri B was held to a draw but second ranked Prathivya suffered a defeat and now shares fifth place. Savitha leads with seven points from eight games. Three players are half point behind her and the title race is going to be close.

In the Girls Under-10 section, Divya Deshmukh lost her second game in a row and has lost out on title chances. She is on 5.5/8 and Rakshitta Ravi moved to 6/8. Rakshitta has medal chances in case of a low scoring finish by the leaders.

Saina Salonika held a higher rated opponent and moved from joint lead to shared second place in the Girls Under-12 section.

Top seed R Vaishali is in sole lead in the Girls Under-14 section with 7/8. Half a point behind her are three players. Tied for the fifth place on six points is Vantika Agrawal.

In the Girls Under-18 section, M Mahalakshmi leads by a one point margin after playing an eighth round draw. She leads with seven points. One point behind her on six points are five players including V Varshini who suffered a defeat.

Bharath Subramaniyam leads the Open Under-8 section with 7.5/8. Two Indians, Dev Shah and Shahil Dey are sharing the sixth place with six points.

Praggnanandhaa suffered his first defeat to Poland’s Oglaza Oskar in the eighth round to slip from top to shared third place with 6.5/8.

Scoring 4.5/5, Nihal Sarin has moved up to joint second place in the Under-12 section. He accounted for second seed Liang Awonder in the eighth round. Nihal takes on top seed Abdusattorov in a crucial ninth round game with the black pieces on November 3. Nihal Sarin is an Under-10 champion of 2014.

In the Under-16 section, Al Muthaiah is on 6/8 and shares the sixth place. A strong finish can make him a medal aspirant.