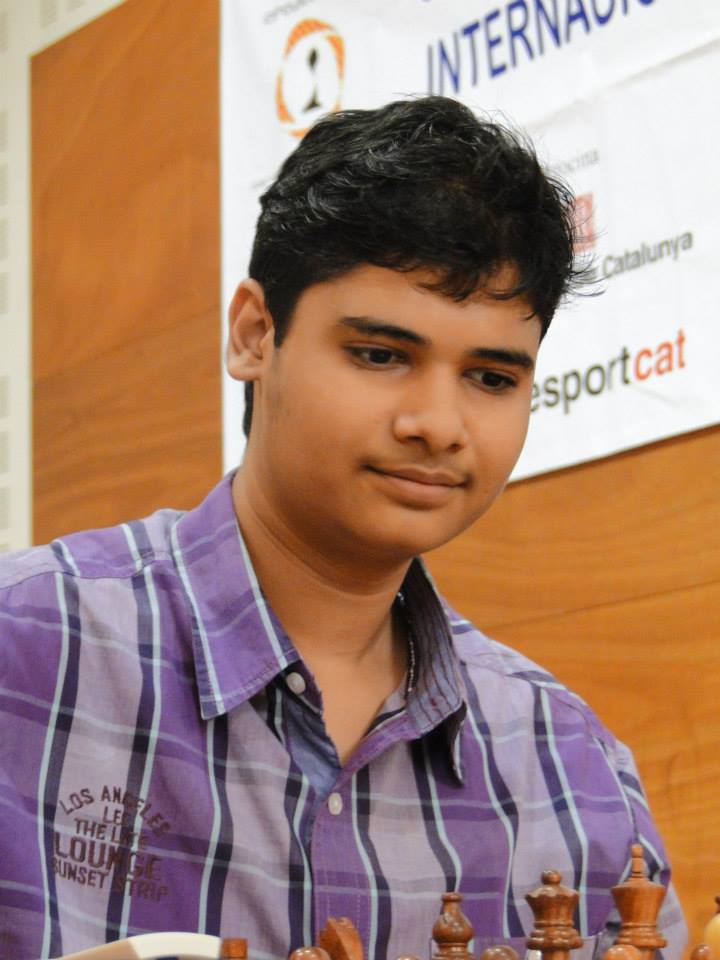 Central India’s promising 18-year old Shardul Gagare reached a personal milestone when he scored 3/3 in the IIFL International Open at Mumbai on Jan 30, 2016.  In the event, Gagare required three Elo to go from from 2497 to 2500. Three wins including the last one over B Sekar gave him the rating required for the Grand Master title.

Shardul played at 2706, a stunning performance at Doha last month to make a GM norm. Shardul comes from Rahuri, a small place between Shirdi and Ahmednagar in Maharashtra.

Shardul’s parents used to travel with him and his sister WIM Shalmali Gagare till he became International Master in 2013.

Gagare made his GM norms in 2013 itself. That is the year the big made 1997-born player became an International Master. His norms came at Barbera Open, Spain 2013 and San Martin Open 2015. His final GM norm came with a bang at Doha in Qatar in the end of December 2015.

As on today, www.fide.com  says India has got 39 Grand Masters and the count in India is 42!