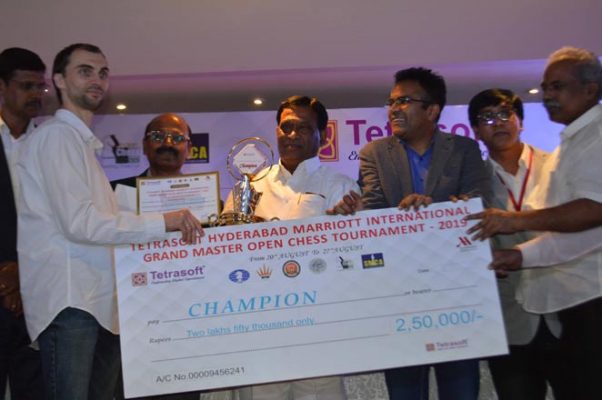 Russian Grandmaster Boris Savchenko, with 8 points from 10 rounds, emerged champion in the inaugural Tetrasoft Grandmaster Open tournament (20th to 27th of August) JW Marriot Hotel, Hyderabad yesterday. This was his second tournament victory in a row after Athens of the East International Open which was held in Madurai, Tamil Nadu earlier this month. 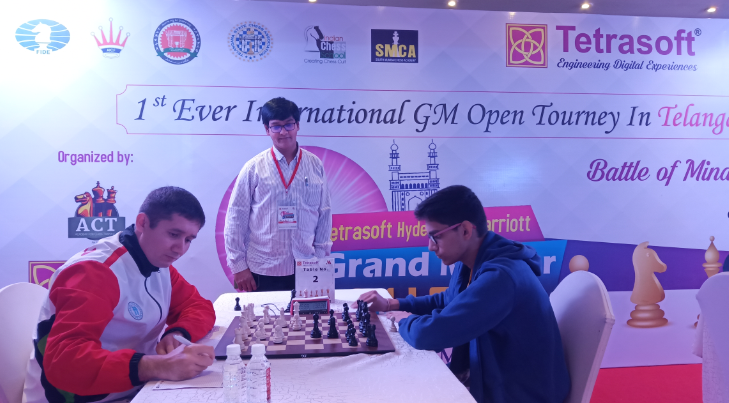 Boris was tied for the top spot with Ukraine’s Adam Tukhaev on eight points each. However, Boris defeated Tukhaev in the 10th round and that helped him lay his hands on the trophy and get richer by Rs 2.5 lakh.

Sports Authority of Telangana State (SATS) chairman A Venkateshwar Reddy and VC and MD A Dinakar Babu distributed the trophies and cash awards to the winners.