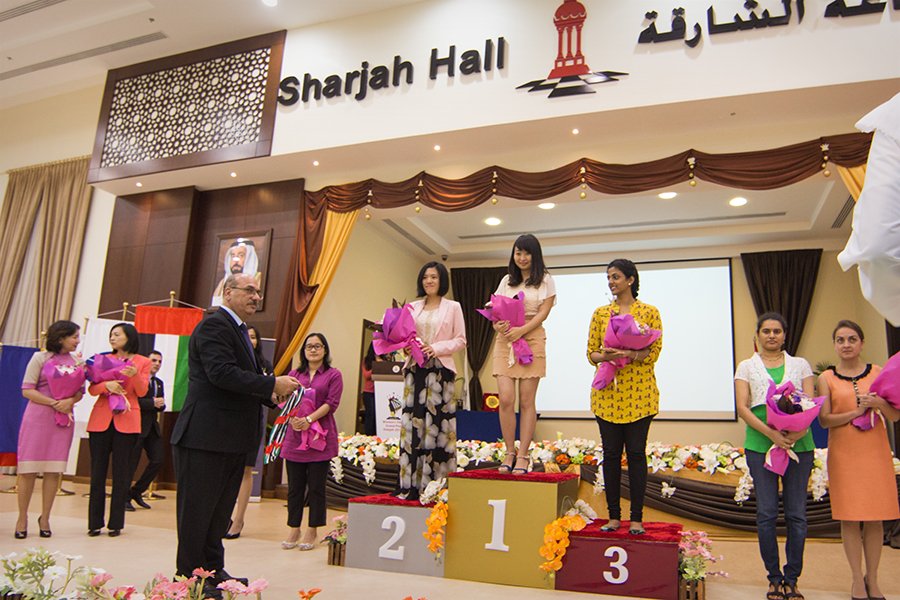 Harika Gets Bronze In Sharjah Leg
By Arvind Aaron

It all happened well for Dronavalli Harika in the final two rounds of the FIDE Grand Prix at Sharjah in the UAE on Sep 6, 2014.

Harika defeated Danielian of Armenia in the penultimate round and then defeated Batchimeg in the final round as it helped her finish third in the sixth Grand Prix leg with 6.5 points from eleven rounds. Harika had a good tie-break score and it helped her push three players behind.

Humpy drew Ju Wenjun in the penultimate round and then defeated Danielian in the final round to move up to seventh place. Ju Wenjun and Hou Yifan tied for the first place with 8.5 points, finishing two clear points of the next points group. Ju Wenjun was champion and Hou Yifan was second in this leg.

The Classic Jewelry House Lobortas has awarded the winner of the Grand Prix series Hou Yifan with a special cup which contains precious stones including silver, gold and diamonds. In the Grand Prix, Hou Yifan won the overall series 2013-2014 while Humpy was second and Anna Muzychuk was third. Humpy was leading until the last event by five points but had to score the same points as Hou Yifan.

It was an important slip for Humpy. Had she finished ahead or same points as Hou Yifan she would have earned a slot in the 10-game 2015 World Women’s Chess Championship match. Now, Hou Yifan has obtained that slot. From October 11-31, 2014 there is a World Women’s Championship knock out and the winner of that will now play Hou Yifan for the women’s title. 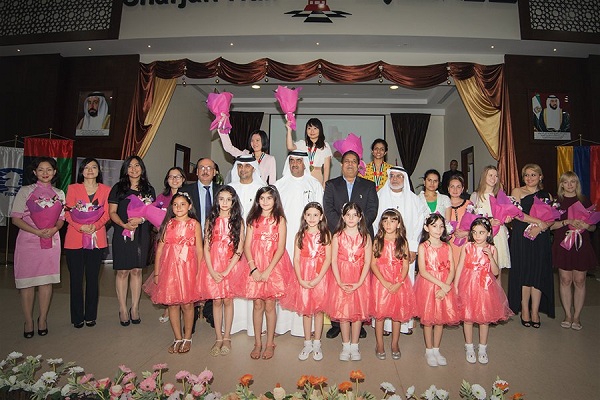 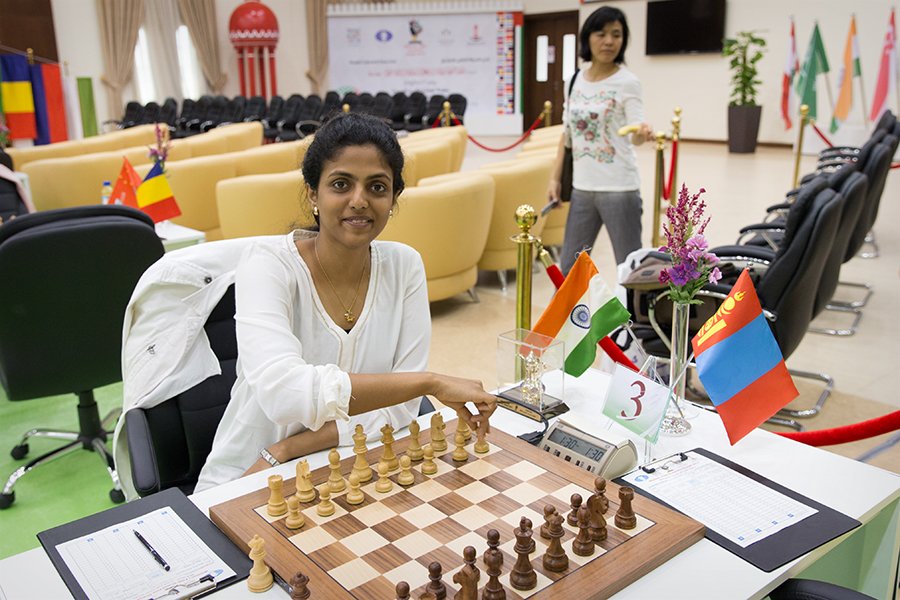 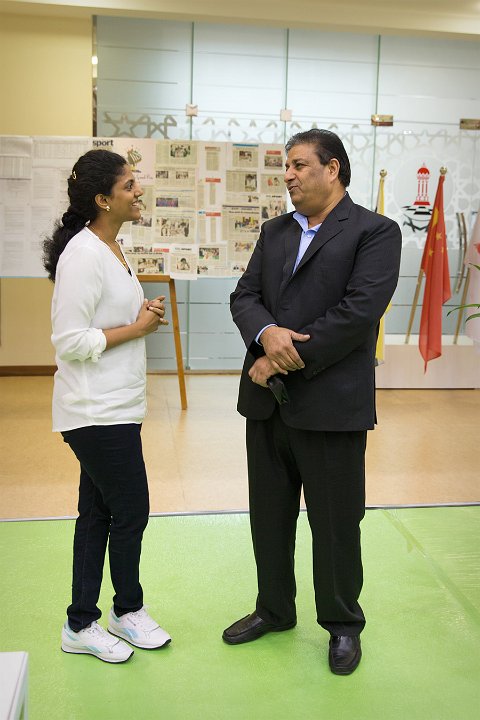