The AICF Has A Strong Domestic Structure: Srinivasan
By Arvind Aaron

The All India Chess Federation has moved from strength to strength and is building on the strong domestic structure, noted N Srinivasan, Managing Director, India Cements Ltd., while congratulating the Indian Olympiad team that won a bronze medal at the Tromso Olympiad in Norway recently.

Chief Guest N Srinivasan said an Olympiad medal is no small achievement. Ultimately the results count. You have delivered. Then he awarded the players with a shawl, a commemorative plaque and Rs.3 lakhs each. The coach R.B. Ramesh received Rs.1.50 lakhs and Padmini Rout, the gold medal winner on the Women’s Olympiad board five received Rs.60,000.

In his welcome address, Bharat Singh Chauhan, CEO, AICF said, “the stars of today are the stars of the century since we have never won an Olympiad team medal so far.” Bharat Singh reminded the audience how N Srinivasan saved chess and AICF during the turbulent time of 2005 when he was President of the AICF.

The AICF President P.R. Venketrama Raja who was the key person behind this felicitation function said, “I am a delighted man today.” Listing the achievements of the AICF, of over 43,000 players in the FIDE rating list, 36 GMs and over 200 tournaments per year, he said the AICF meeting at his office in July 2014 was about how to win a medal in the Olympiad. He congratulated the players and coach R.B. Ramesh for this pioneering achievement. 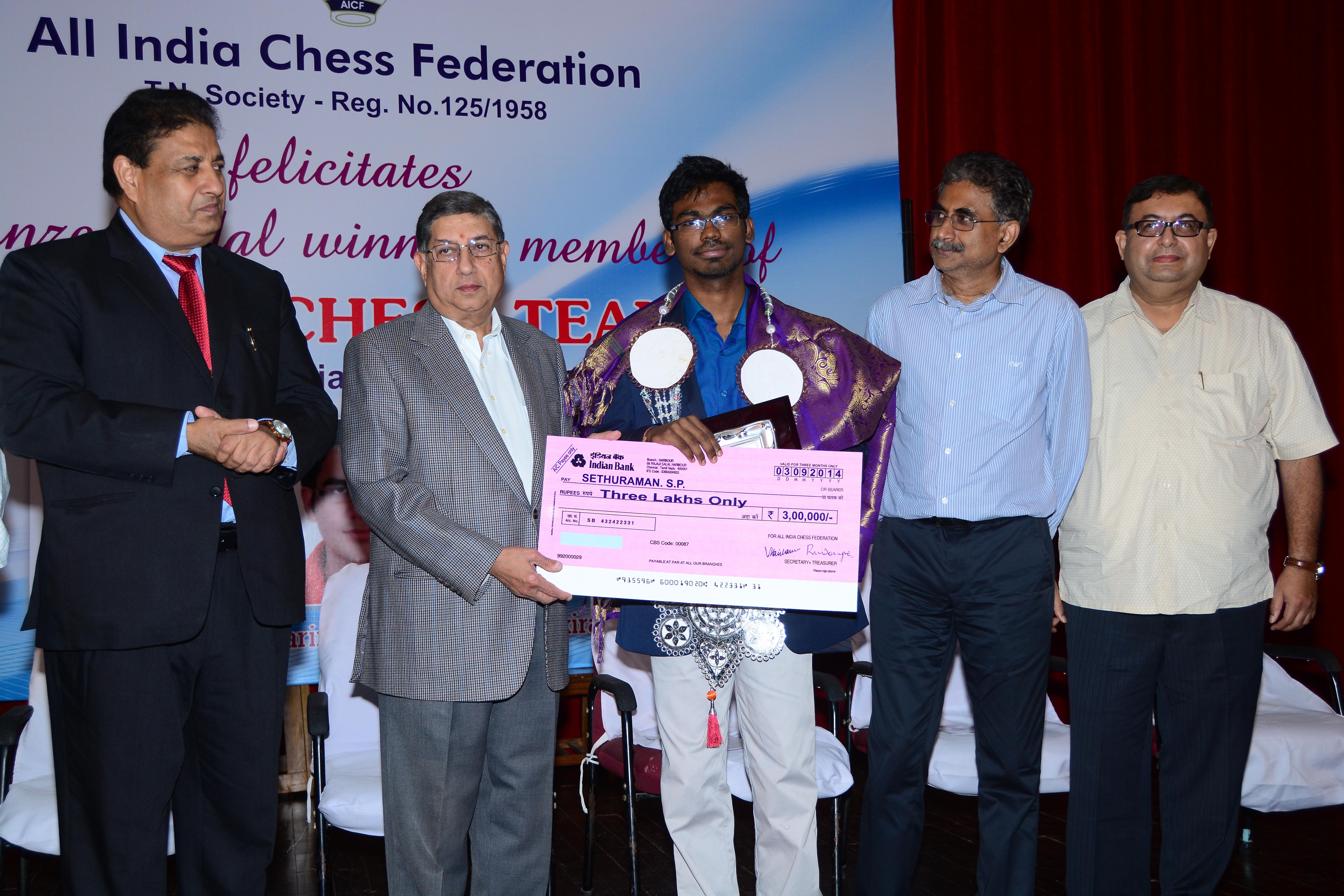 “I have some nostalgic moments here, sitting with my old colleagues in the AICF, said N Srinivasan who served as AICF President from 2001-2011. I would not recall 2005 as “turbulent” but as “a situation”. It is heartening to see that the AICF has gone forward ahead with 43,000 players. This means our domestic structure is very good. He wished the AICF under “good friend” Venketrama Raja well and congratulated the bronze medal winning team and called it an outstanding achievement.

A large number of chess players, family of players, media, school children were seen at the auditorium of the Russian Cultural Centre in the heart of Chennai. In the audience, seen on one side were prominent players, Deepan Chakkravarthy, N Srinath, S Vijayalakshmi, S Meenakshi, Aarthie Ramaswamy, S Krishnan (father of Sasikiran), Baskaran (father of Adhiban) etc. Two large groups of school students were also seen. Malarvizhi Hariharan, brought her school students to greet the Indian medal winners. 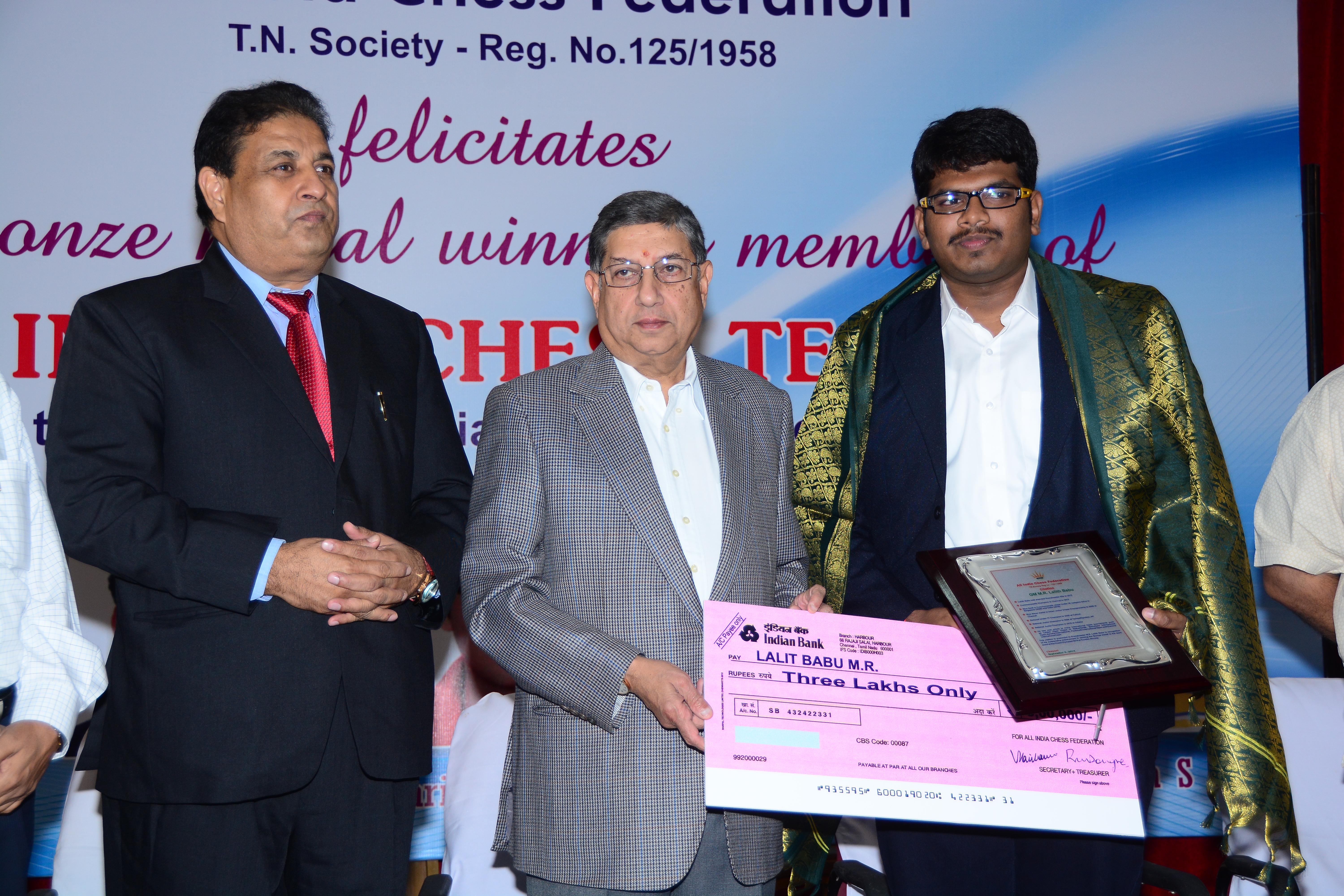 Replying to the felicitations, R.B. Ramesh said the team members and his childhood friend Sasikiran adjusted very well and the Asian Nations Cup event earlier helped us to warm up to this event well. He thanked the AICF for taking the players to Indian restaurants in Norway.