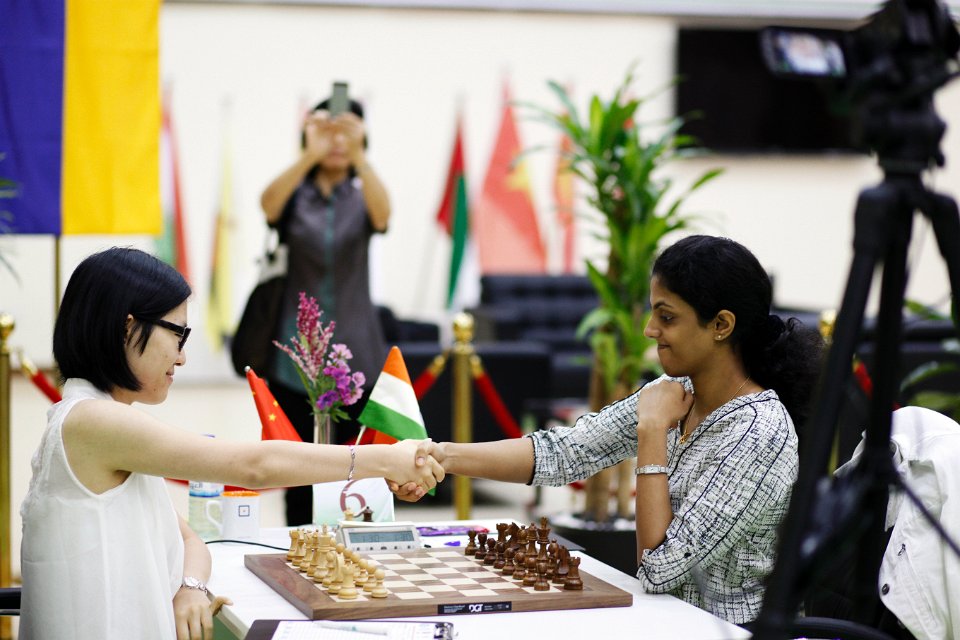 Ju Wenjun of China played a spectacular ninth round game to overcome Dronavalli Harika and wrest sole lead in the FIDE Grand Prix at Sharjah on September 4, 2014.

Ju Wenjun leads with 7.5 points after nine games. Hou Yifan is in second place with seven points. Harika is in seventh place with 4.5 points and Humpy is in shared eighth place with four points.

Humpy and Zhu Chen did not press too hard in their easy draw in a queen ending. Hou Yifan has won the Grand Prix while Humpy has emerged as the challenger. Humpy has to play Ju Wenjun and Danielian. Harika has to play Danielian and Batchimeg. 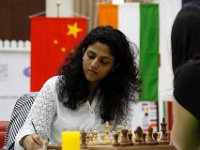 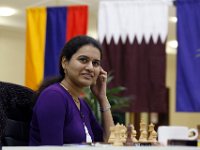 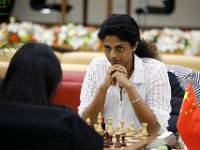