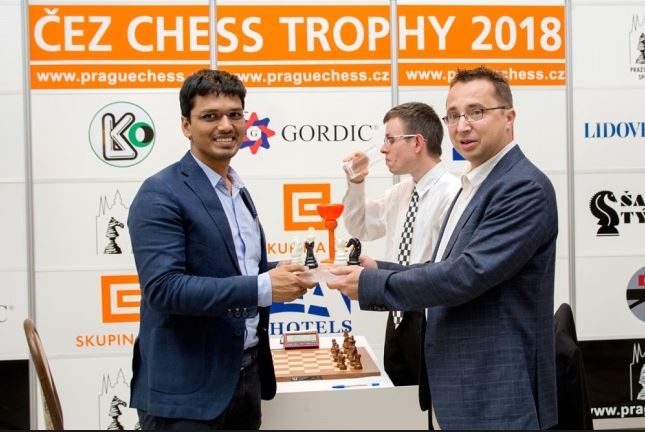 India number two Grandmaster Pentala Harikrishna took on Czech Grandmaster David Navara in a 12-game rapid match in Prague, Czechia from 13-16 June 2018. The time control was 20 minutes for all moves, with a 10-second increment from move 1.

Harikrishna replaced Chinese grandmaster Ding Liren who had to withdraw from the match due to hip injury he suffered during Norway Open. This left the Indian super grandmaster short time to prepare against his Czech rival.

In the first round, Harikrishna gained a better position but he did not succeed to win, and Navara was glad for the draw in the first game.

The second game looked balanced but the white pieces were in a much more comfortable situation. In the end, the black king got into a very tight position, and even though he escaped from the checkmate network, Navara finally fell into a tactical trap and lost the game.

The third game ended after a long fight with a deserved draw. Navara recovered rather quickly, winning the fourth and seventh game. Harikrishna bounced back and scored three consecutive victories in the final day to capture the CEZ Chess title. 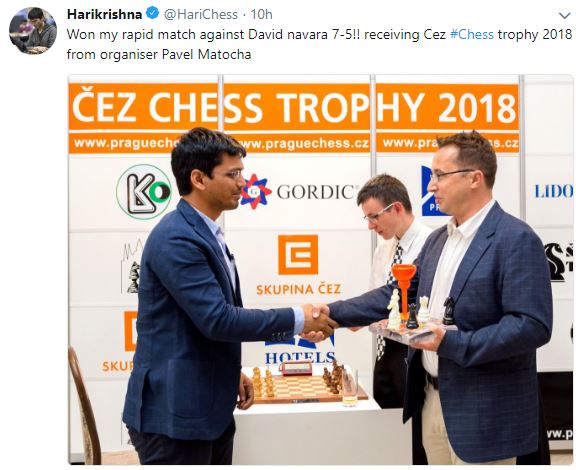