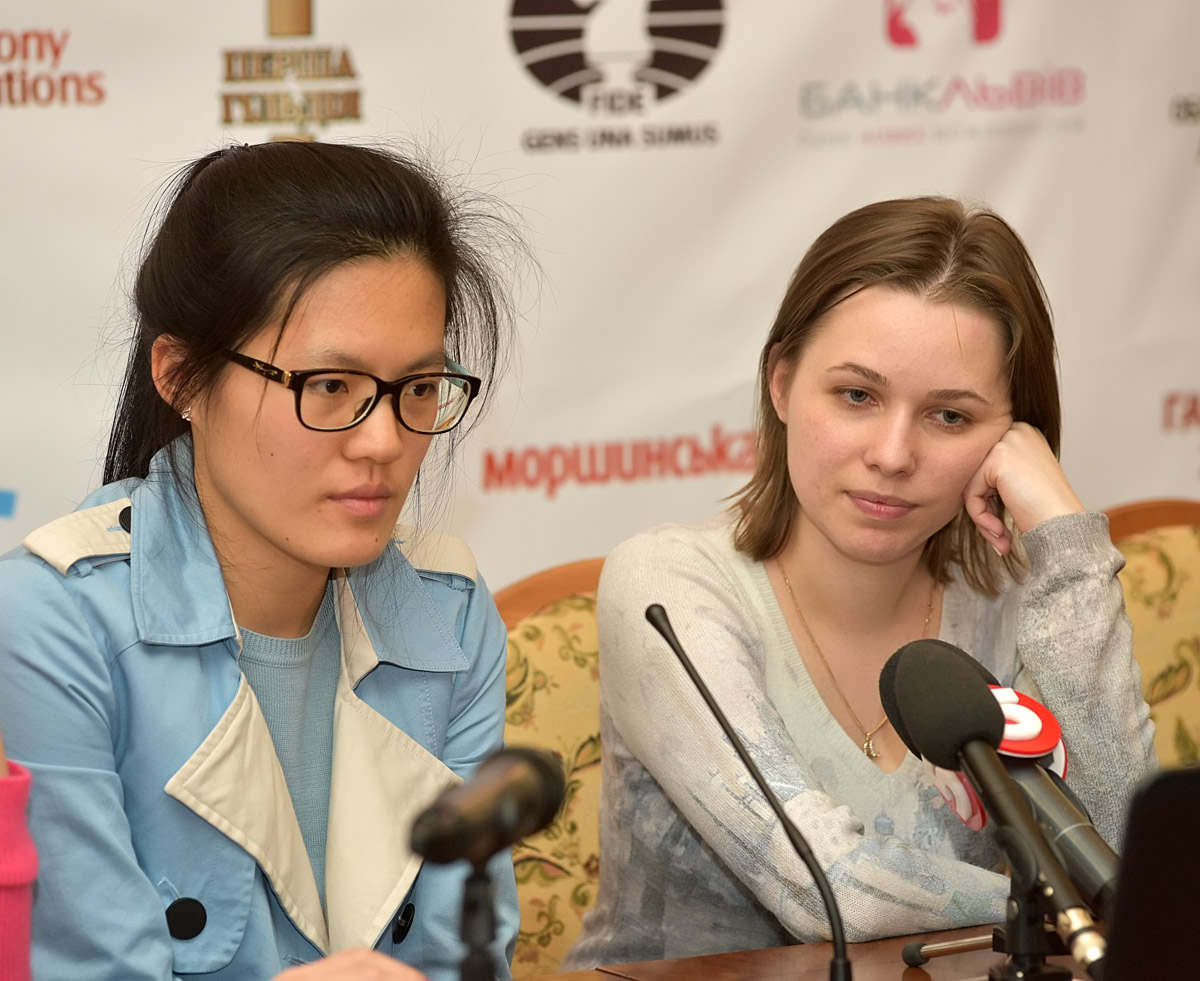 World No.1 Hou Yifan bravely played 1.e4 and took on the open variation of the Ruy Lopez from Mariya Muzychuk of Ukraine.  Hou Yifan drew a pawn down rook ending after 81 moves to lead the 10-match World Women Championship series by 4½-2½ after seven games.

Champion Muzychuk has a near impossible task of bridging a two point deficit in the three remaining games. The event ends March 18 at Lviv in Ukraine.  Hou Yifan needs a win or two draws to wrap up the match. The Chinese was on the defensive in the queenless middlegame on March 11.  Mariya Muzychuk had a good advantage but could not press it into a victory. She is still without a win.