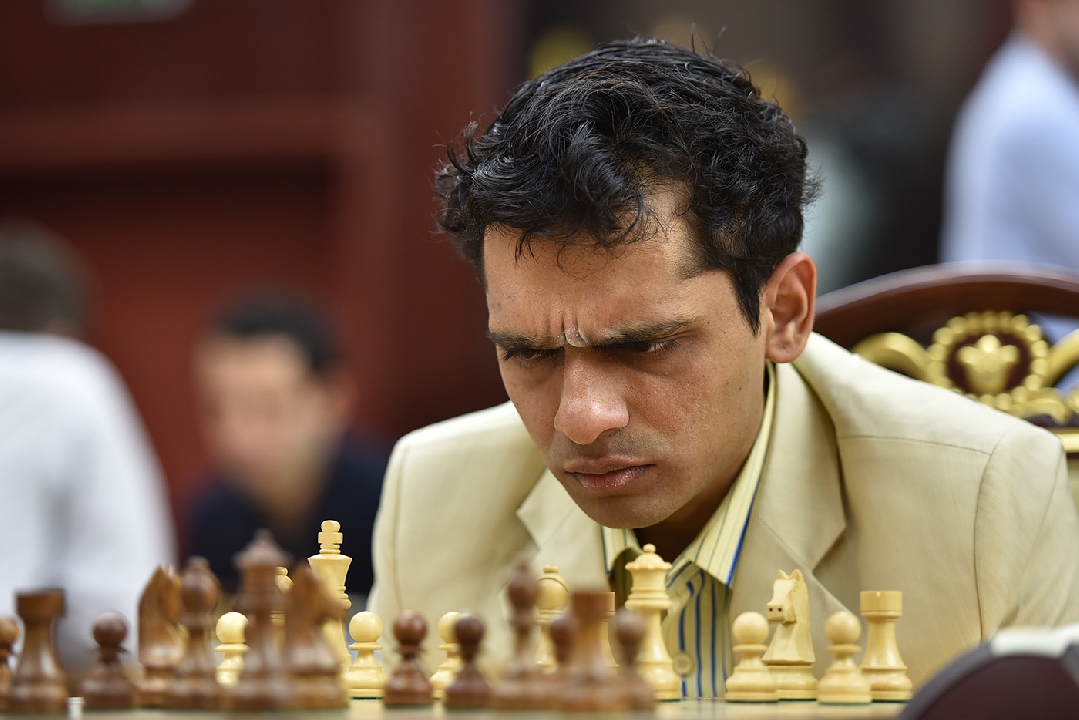 India led by Pentala Harikrishna defeated Egypt 3-1 in the opening round of the World Team Chess Championship that got underway at Armenia on April 19, 2015.

In the other matches, Olympiad champions China got the better of United States 2.5-1.5. Israel and Ukraine defeated Armenia and Russia also by identical 2.5-1.5 margins.

India was the only team that breached the 2.5 winning margin in the opening round. Cuba and Hungary traded blows in the bottom boards for a peaceful 2-2 result.

The World Team Championship is a 10-team event with all teams facing each other. It is played on four boards and one reserve like the Olympiad.

Harikrishna, Vidit Gujrathi and Deep Sengupta won while Sethuraman lost on board two.

India faces USA in the next round. Two Indians, Harikrishna and Sasikiran are higher rated while Sethuraman and Vidit was lower rated than their counterparts.