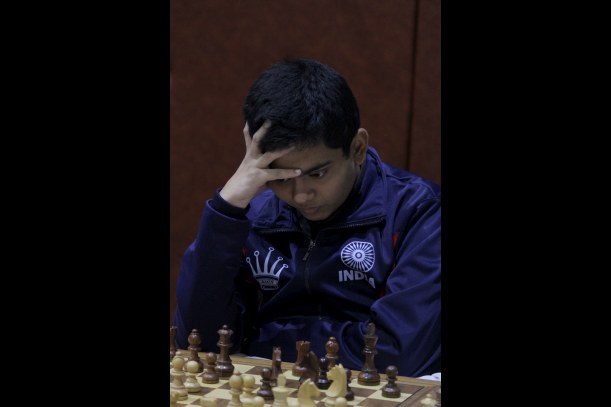 Top seed India struggled to defeat seed 16 Georgia in the sixth round of the World Youth Chess Olympiad at Gyor, Hungary on December 18, 2014.

For India, wins came in the middle boards of Karthikeyan Murali and Aravindh Chithambaram. Diptayan Ghosh drew on the top board and B Kumaran suffered yet another defeat.

Russia leads with full 12 match points and they are followed on ten match points by India and Iran. Russia also scored a narrow 2.5-1.5 win over hosts Hungary-1 while Iran had an easy 3-1 win over Romania.

Iran faces Russia and if they are able to upset the Russians it will open up the event. Three rounds remain to be played and there is another round later on December 18, 2014.