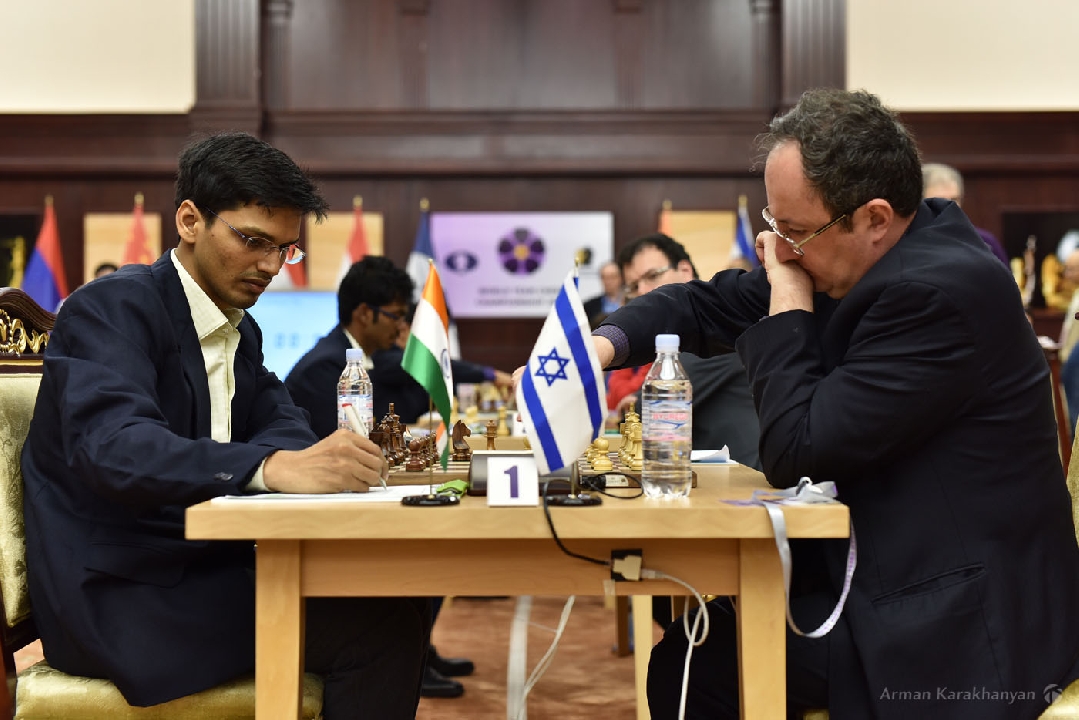 India Lose To Israel By A Wide Margin
By Arvind Aaron

India suffered a huge 0.5-3.5 defeat at the hands of Israel in the third round of the World Team Chess Championship that is taking place at Armenia on April 21.

After Harikrishna drew Gelfand on the top table, other Indians failed. Sethuraman, Sasikiran and Deep Sengupta all suffered defeats.

India faces 1978 Olympiad champions Hungary in the next round. Harikrishna and Sethuraman are higher rated than Leko and Erdos. Sasikiran and Vidit are lower rated than Almasi and Rapport.

Israel and Cuba are leading with five match points and they are followed by China, Hungary and Ukraine with four points. India is sixth with three points. Tied for the last place are Russia, Armenia, USA and Egypt with one point each.