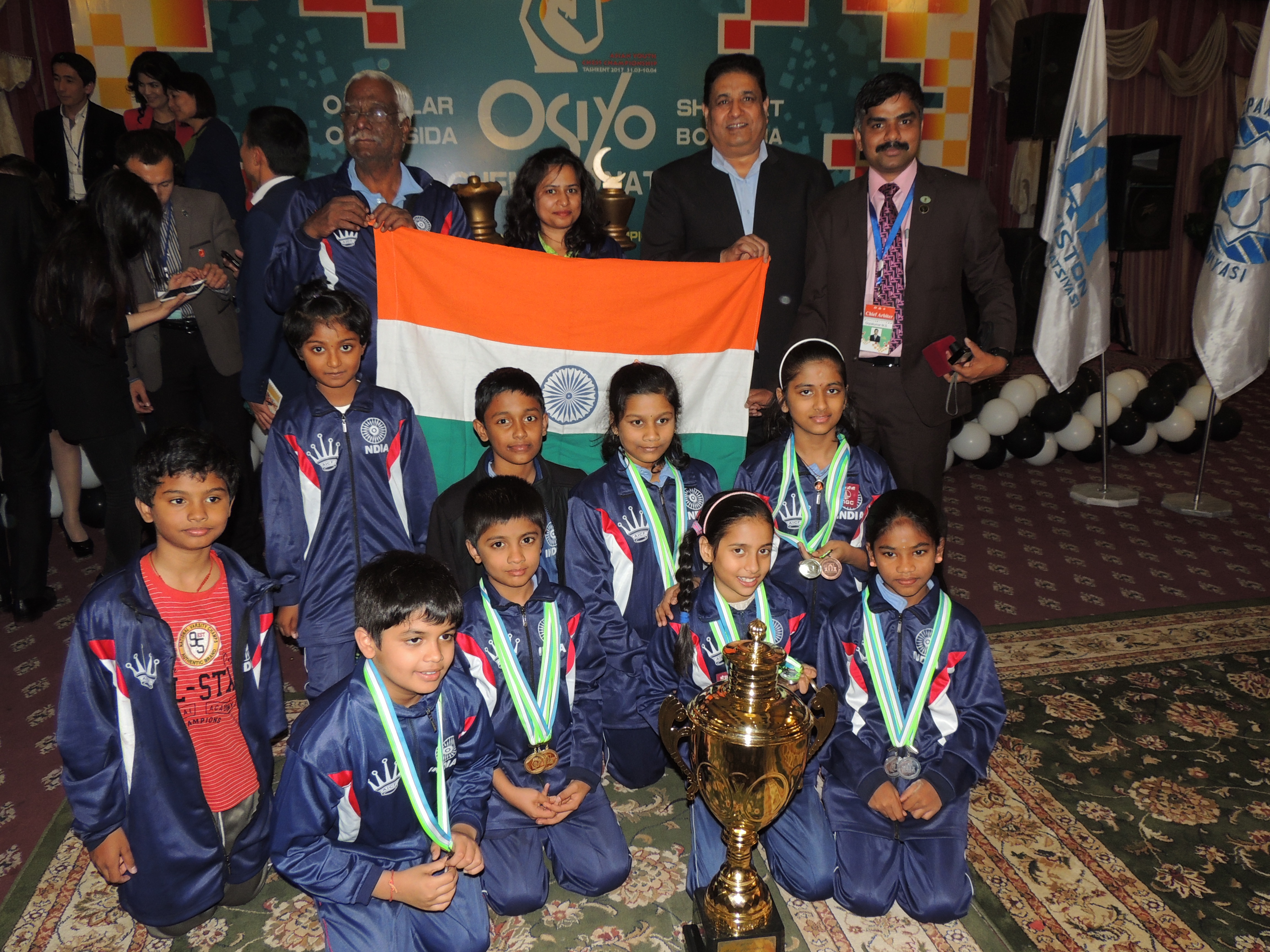 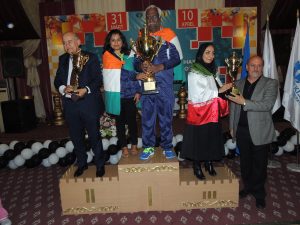 Before the Blitz event on Sunday, host Uzbekistan was slightly head of India due to superior silver medal count but the Indian girls had other ideas on Sunday morning as they bagged four out of six gold in the girls categories while A R Ilamparthi added open gold in Under-8 section to take the Indian gold medal tally to eleven and pushed the host nation to second place.  With eight gold in the kitty, Uzbekistan finished as first runner up while Iran secured the third position. 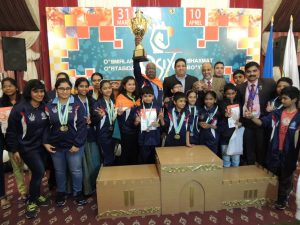 For India,  Aakanksha Hagawane in Under-18 Girls, Jishitha D in Under-14 Girls, Divya Deshmukh in Under-12 Girls and Sahithi Varshini in Under-10 Girls won the gold medals in Blitz championship apart from Ilamparathi.