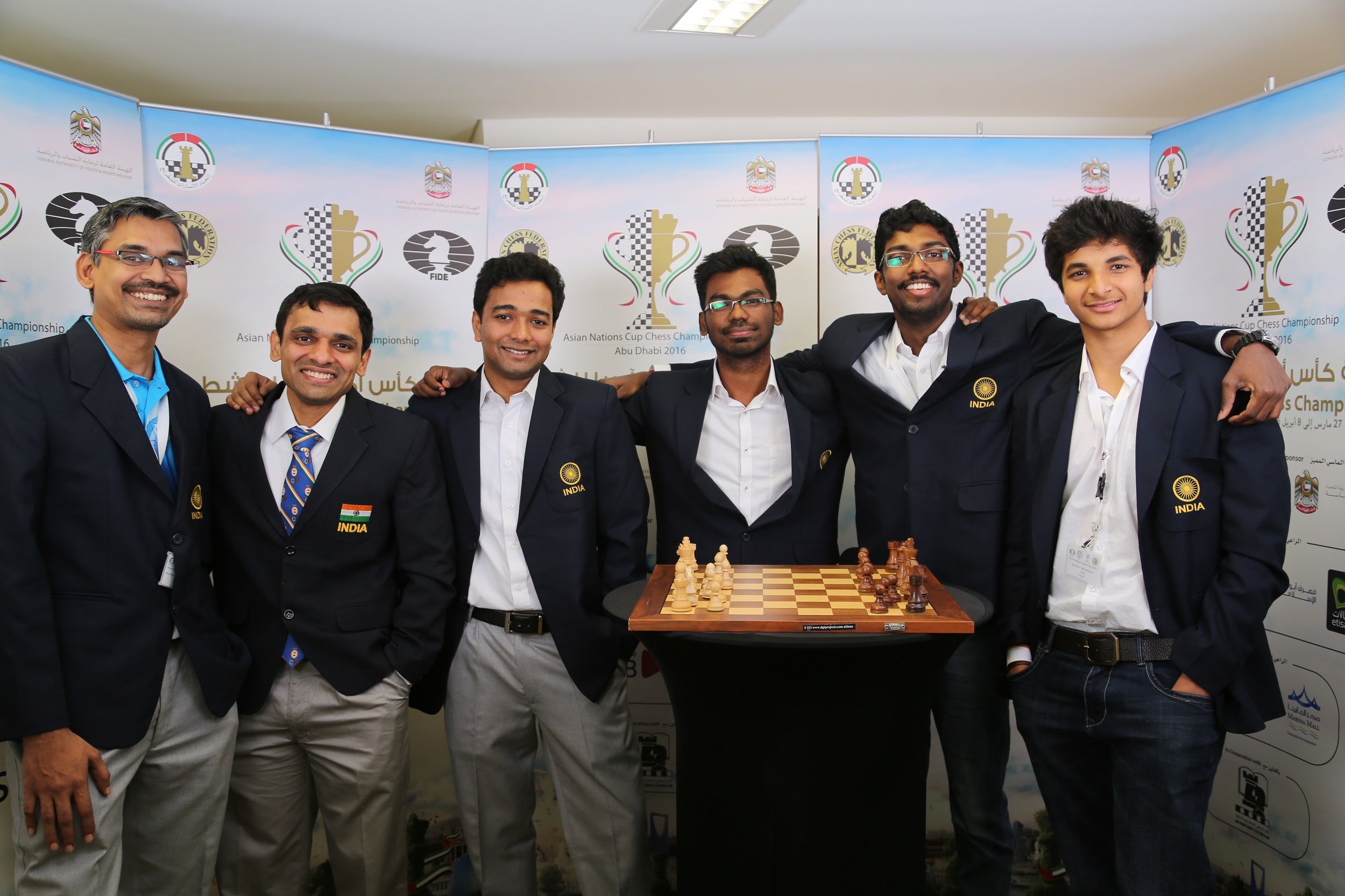 This is the third time that India are winning this event. They won at Esfahan, Iran in 2005 and Kolkata 2009 previously. India drew Mongolia and beat the rest of the teams in a 22-team nine round Swiss on four boards with one reserve.

India had won a team bronze medal at the 2014 Olympiad in Norway and China were gold medal winners. Later this year the two nations will battle for supremacy in the Baku Olympiad with other nations like Russia, Ukraine etc.  India finished splendidly well on a high. Sethuraman who played all decisive games and Sasikiran won on the second and fourth boards. Adhiban and Vidit drew on top and third boards.

Vietnam drew Kazakhstan and offered India a podium opportunity. For this, India had to beat Iran but a draw pushed second seeded India to take fourth place with 12 points. India drew China, Iran, lost to Vietnam and Kazakhstan by 1½-2½ and beat the rest.