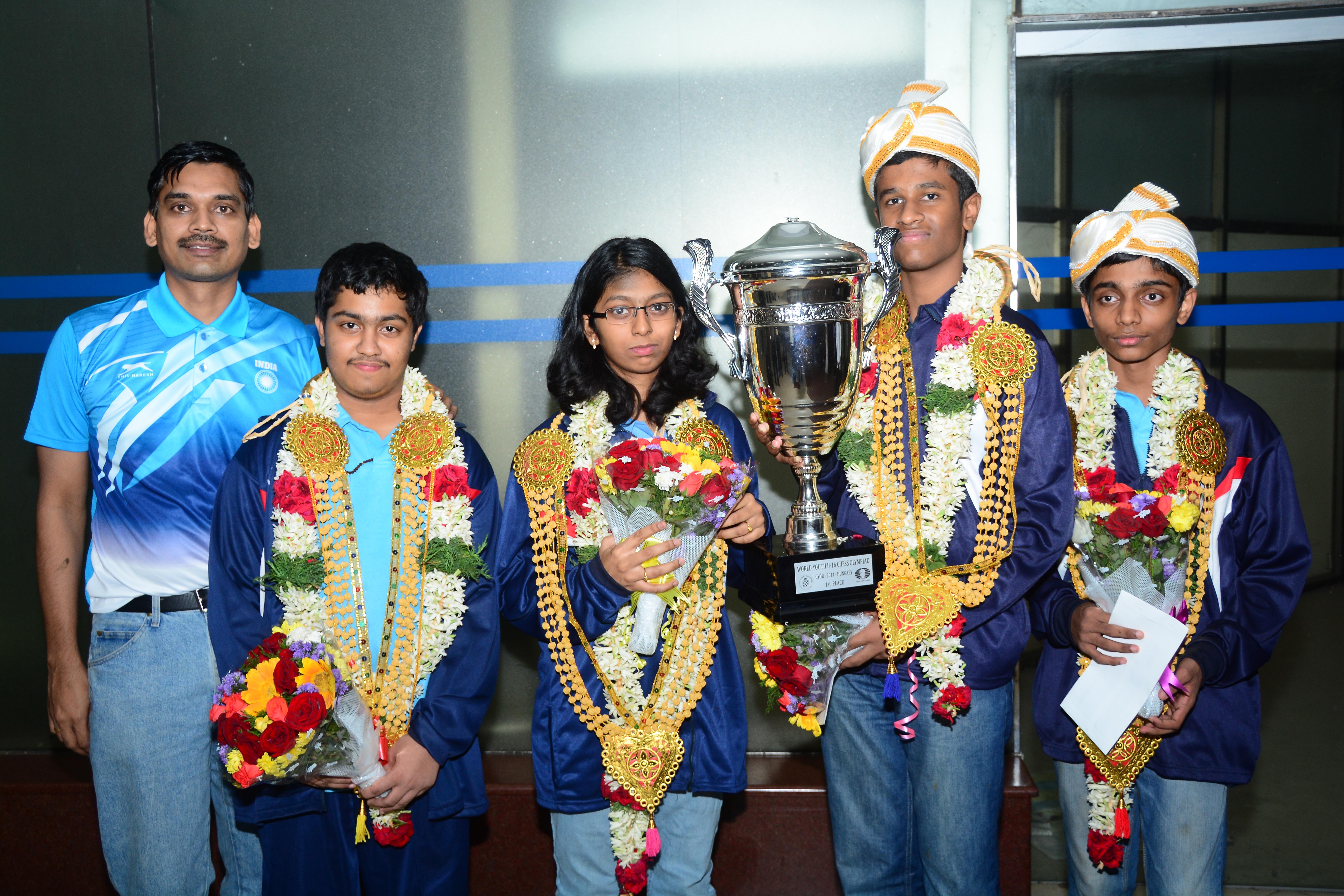 The gold medal winning Indian Youth Olympiad team was given a formal warm reception at the Chennai Airport on December 23, 2014 when they returned from Gyor, Hungary. Despite a defeat to Russia, India came from behind to go past Russia and Iran and retain the title.

The team coach Grand Master R.B. Ramesh and the players minus Diptayan Ghosh (of Kolkata) were received by officials of the Chennai and Kanchi District Chess Associations, the Tamil Nadu State Chess Association and the All India Chess Federation.

A crown was placed on the heads of Karthikeyan Murali and Aravindh Chithambaram and all of them were garlanded and offers flowers and sweets. That is Chennai’s own way of welcoming champions. This tradition started in 1987 and is happening more and more often these years. The previous one was when the bronze medal winners returned from Tromso Olympiad, Norway in August this year.

B Kumaran, G.K. Monnisha were the other two players who arrived. Among those who received the team were V. Hariharan (AICF Secretary) and his wife Malarvizhi Hariharan, Sakthi Prabhakar, K Gopalakrishnan, Ganesan, N.K. Nandakumar, K Thirukalathy and others. The crowns were placed on behalf of the Velammal Group of Schools by their headmasters.

India was fortunate to have two stars from the successful team of 2013 which is Diptayan Ghosh and Karthikeyan Murali. Both are world beaters in that age category. The World Youth Chess Olympiad is for players under 16.

Coach R.B. Ramesh had been part of the Indian youth success in the past. Once he said players played cricket in Turkey to relax and unwind! Ramesh’s coming into chess is also quite a story. He was resting at home following a head injury playing cricket. Anand had won the 1987 World Junior then and the resultant wave brought in many including Ramesh. 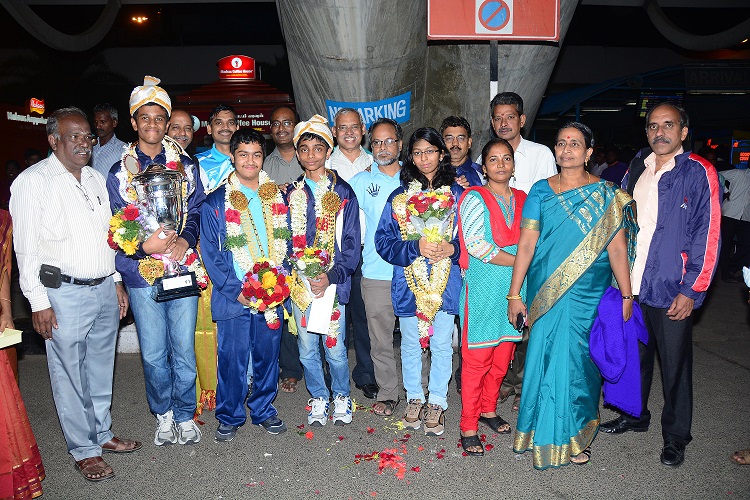