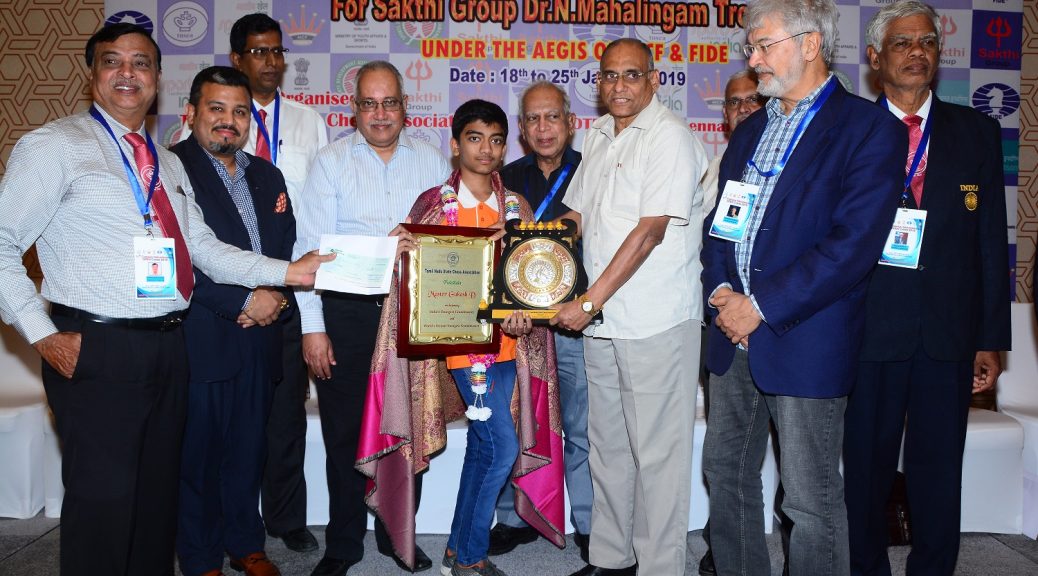 The ten round Swiss tournament carries a prize fund of Rs 15 lakhs, with the winner taking a handsome trophy along with a cash award of Rs. 3 lakhs. Twenty Grandmasters and twenty-eight International Masters add to the line up of 65 titled players among 286 players. The tournament concludes on 25th January, 2019.

Earlier, the inauguration was preceded by a felicitation for the achievement of second youngest Grandmaster in world by 12 year old Chennai boy D Gukesh. Speaking on the occasion, Shri D V Sundar, Vice President FIDE & AICF said, “This boy is bound to go far, bringing more laurels to himself and the country”.

Mr Frederic Friedel, Co-founder, ChessBase added, “Gukesh shows profound understanding for chess and I see the rising of another Magnus Carlsen in him”.

Mr S Kailasanathan, CEO of Microsense felicitated GM Elect Gukesh, “We could see the talent in the child and we too happy to be of support to him during his great achievement”. M/s Microsense gave a cash award of Rs. 100000 (Rupees One Lakh only) to the young achiever.