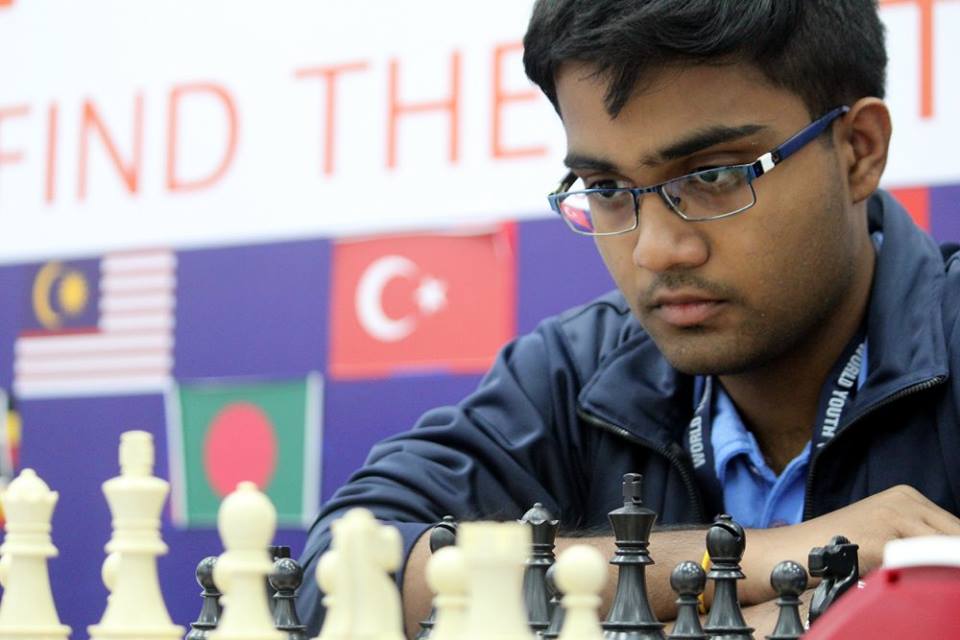 Iniyan Paneerselvam became India’s 61st Chess Grandmaster when he crossed the 2500-rating mark at the Noisiel Open in France. Iniyan defeated GM Sergey Fedorchuk of Ukraine in the sixth round to become the 61st Grandmaster for India.

The Sixteen-year-old hailing from Erode, Tamil Nadu had earlier received his three GM norms, the first norm came at the Montcada Open, Spain in 2017. The second norm was scored in the same year at the Bobligen Open, Germany and the final norm was made Barbera Del Valles, Spain in 2018.

Five-time World Champion Viswanathan Anand took to Twitter to praise the young boy for his achievement.

At the World Youth Chess Olympiad 2017 in Ahmadabad, Iniyan had also won a gold medal on the fourth board, securing 7.5 points out of 8 and helped the Indian team secure a silver medal.