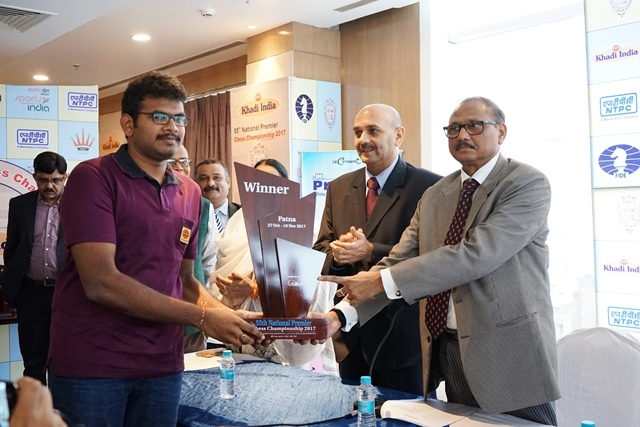 PSPB grandmaster LalithBabu, scoring nine points, was crowned as the undisputed National Premier Chess Champion, thanks to Odisha’s grandmaster Debashis Das, who defeated the only other title seeker AravindhChithambaram of Tamil Nadu in the Khadi India National Premier Chess Championship, organised by All Bihar Chess Association at Lemon Tree Hotel, Patna today. Irrespective of the loss, Aravindhscored 8.5 points to remain status quo in ranking – the runner up spot he secured by losing the final round to RR Laxmanin 2016. Defending champion Karthikeyan could muster only the third position with 7.5 points. Debashis and SL Narayanan of Kerala were placed fourth and fifth with same number of points. 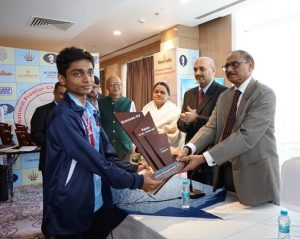 In an equal position arising out of the Catalan opening, LalithBabu surprised everybody by allowing GM Swapnil Dhopade to repeat the moves and get away with a draw claim in just 14 moves, shortest in terms of both moves and time. Later, the much relieved and elated LalithBabuadmitted that the pressure on him was too much and he boldly took the risk of splitting the point.

The splendid performance of Railways international master Arghyadip Das took a back seat in the final round, when he lost to former national champion Abhijit Kunte of PSPB. After castling on the queen side, Arghyadip gave up his bishop for a compensation of three pawns. His another knight sacrifice was unwarranted and Abhijit won in a relaxed manner with plenty of pieces in his kitty. 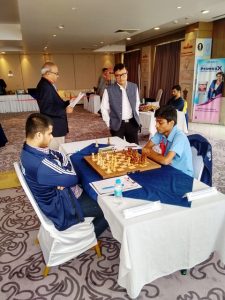 In the clash between the tail enders GM Himanshu Sharma of Railways and SammedShete of Maharashtra, Himanshu brought a halt to his dry spell, by long waited first win in the tournament. In the Fianchetto variation of Grunfeld defence, Himanshu was in his elements during a series of exchanges in the middle game, finally fetching him an extra minor piece. Sammed resigned on the 47th move.

Defending champion KarthikeyanMurali of Tamil Nadu underperformed in the second half of the tournament and the final round was no exception. He conceded a draw to the national blitz champion RR Laxman of Railways in a Reti opening game in mere 30 moves, without any fight.In an English opening, Railways team matesinternationalmaster P. Shyaamnikhil and GM DeepanChakkravarthy quickly settled for a draw in 26 moves. Though White had a slightly better position, Shyaam could not convert it to a winning advantage. 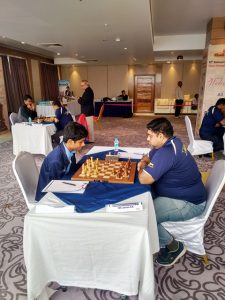