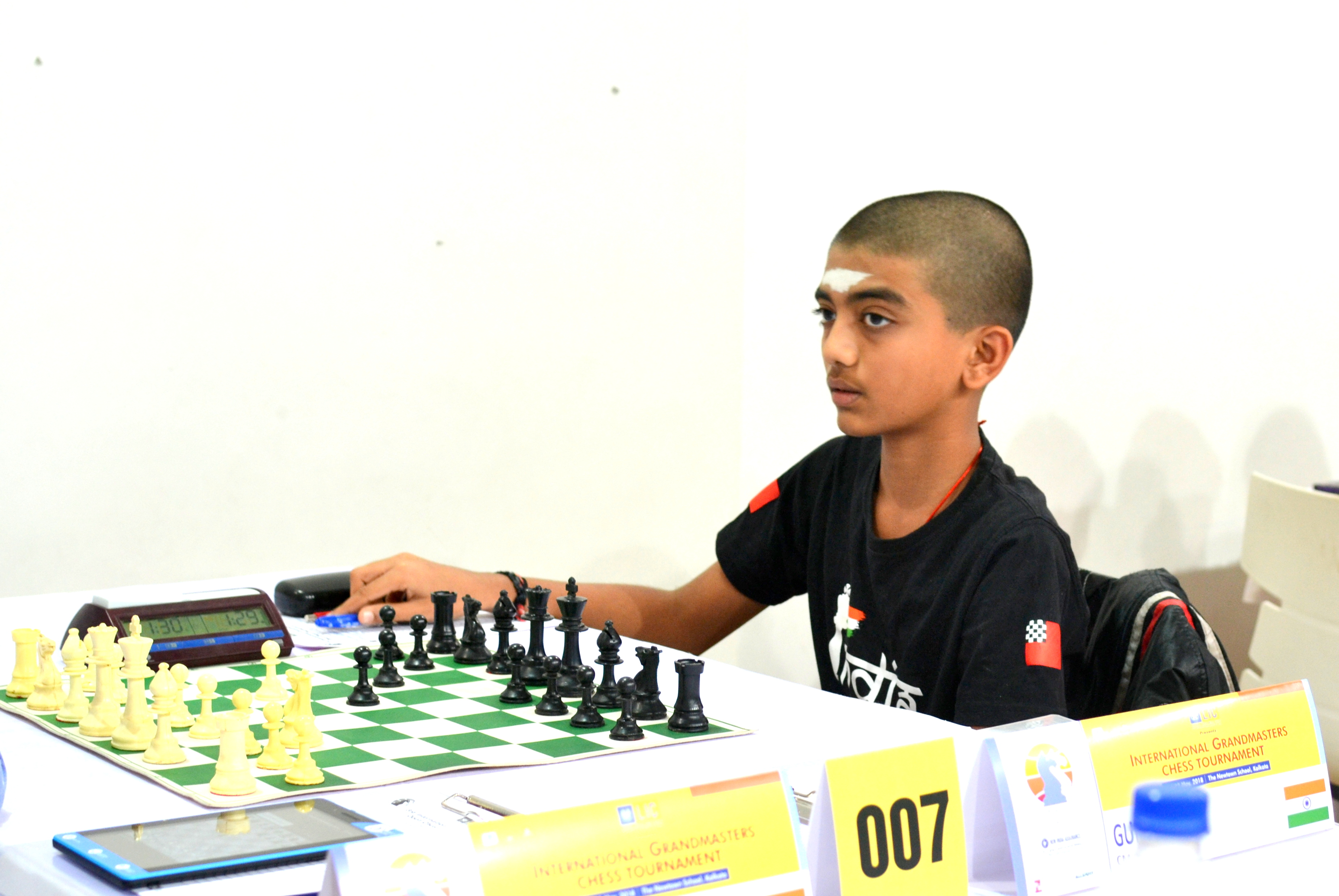 D.Gukesh, benefiting from a meltdown from his opponent [Photo: Dibyendu Barua Chess Academy]

Grandmasteres Deep Sengupta of Kolkata and Ivan Rozum of Russia shot into joint lead with 4 points from as many rounds in the LIC Kolkata International Open Chess Tournament here. In a battle between two of the acclaimed prodigies of the country, Aravindh Chithambaram lost tragically to young D.Gukesh in a typical moment of blindness over the board, allowing Gukesh to join as many as 12 players on 3.5 points closely following the leaders.

Top seeded Nigel Short had a short 16 move draw against young N.R.Vignesh on the top board, just when it looked like the game was leading to sharp play. Short confessed that his pawn sacrifice just out of the opening was from inspiration over the board as the oncoming elections for FIDE presidency had ‘limited his preparation to just the first move 1.e4’!

The talking point of the day was the sudden meltdown of Aravindh in the last 5 minutes of the game, who was trying hard to provoke his younger opponent to crack under pressure while possessing an extra pawn in a drawish ending with minor pieces ending. Instead, he allowed Gukesh to capture a paw on e3 with check, and resigned immediately in a moment of frustration assuming he was losing a piece on the next move. However, he overlooked a resource for himself which would have landed him in a position with equal pawns where he could defend with a rook against Gukesh’s two minor pieces.

Rozum once again showed his finely developed technique, as he was featured in a Rook ending where he held a strategic advantage. Just like the previous round, he outplayed the Indian teenager Erigaisi Arjun with steady play to win in 42 moves from the Black side of a Catalan setup.

As the tournament nears the halfway mark many full-fledged fights are witnessed between players nearer to strength, typical of a chess tournament conducted in Swiss system as the 4th round itself witnessed intense fights between titled players.

Strong performances also came from Abhijeet Gupta who defeated Manik Mikulas in the first Grandmaster fight of the event, and IM D.V.Prasad who held R.R.Laxman to a draw thus continuing his good run in the tournament so far.