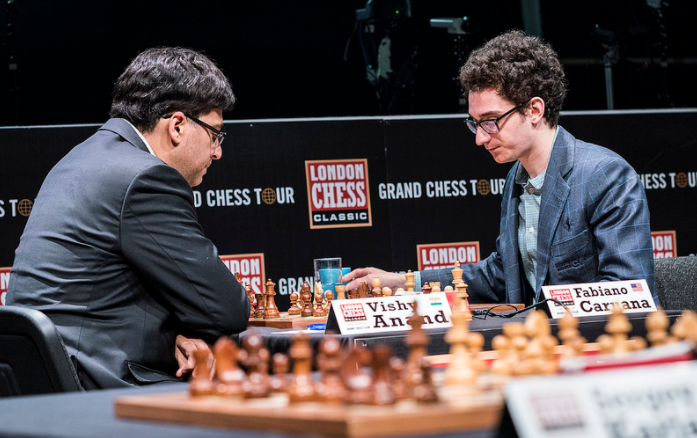 The 9th edition of London Chess Classic is currently underway in Olympia Conference Centre, London. It’s the final leg of the 2017 Grand Chess Tour where Magnus Carlsen is currently leading the standings.

The starting three rounds saw draws on all boards—15 in total! Sparking worldwide criticism on chess having a clear problem with ‘draws’. 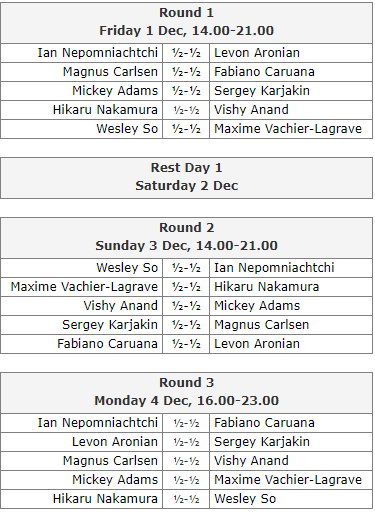 Meanwhile, the much-awaited third round clash between World Champion Magnus Carlsen and five-time World Champion Viswanathan Anand proved to be a battle of titans.

Anand was better against Carlsen after the Norwegian employed a typical pawn sac in the Catalan opening.  A series of slick defensive moves from Indian superstar forced the tour leader to scramble for a draw.

“I think he was the one fighting for an advantage and I don’t really know where things went wrong for me,” said Carlsen after the game. 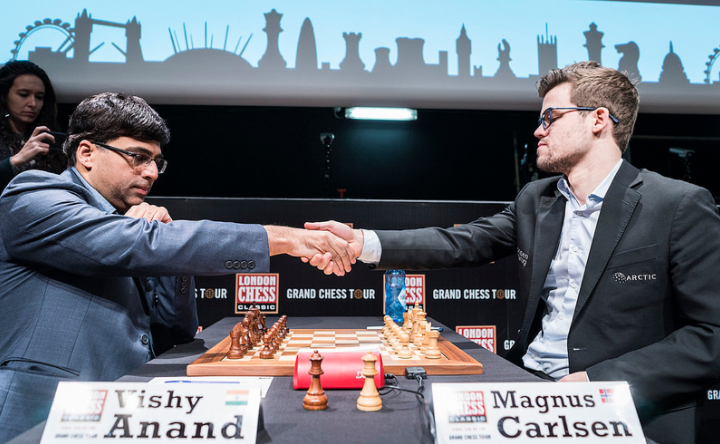 The Indian chess wizard surprised Carlsen in the opening. “I think I caught him slightly offguard in this line because I haven’t played it in a while. He tried to catch me offguard with Na3. Neither of us was very familiar and we were mostly working things out at the board.” 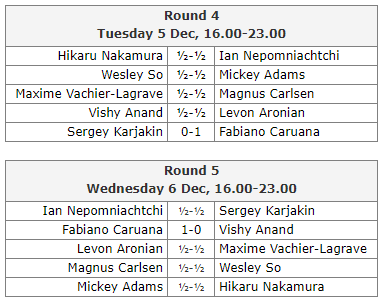 Anand played the Berlin against the American GM. Caruana chose a line where White castles queenside and tries to get an attack going, but initially he wasn’t confident. “I felt like I would lose at some point,” Caruana said. 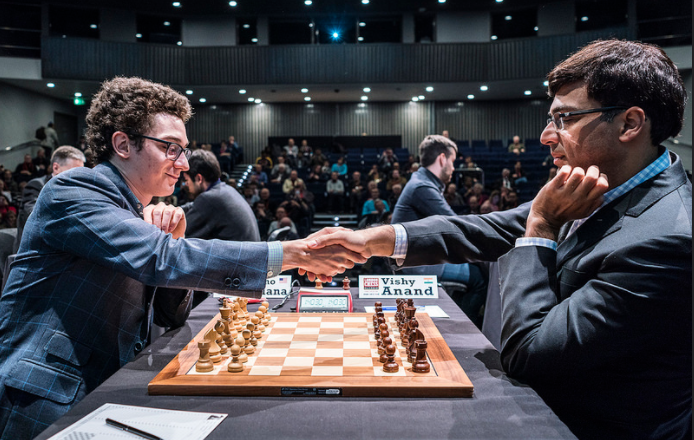 “Obviously I completely lost the plot because from move 29 to something every move is a blunder, if not actually a blunder then by intent. It just happens,”Anand pointed out.

With two consecutive victories, Caruana took a full point lead over his rivals in the London Chess Classic.

The FIDE Open is running parallelly where 278 players from across the world are competing in the same venue. Twenty-one Indians are taking part in this nine round Swiss event. 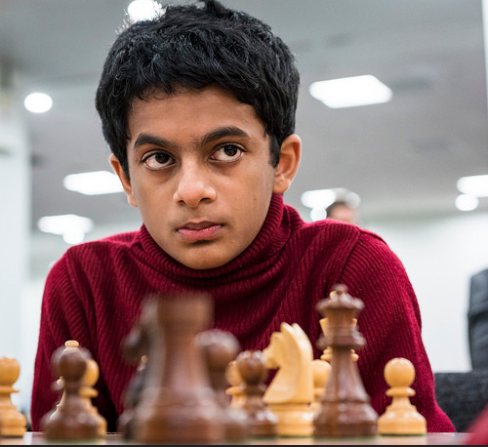 IM Nihal Sarin briefly emerged as the joint-leader of the tournament before he succumbed to a loss against GM Melkumyan Hrant of Armenia. 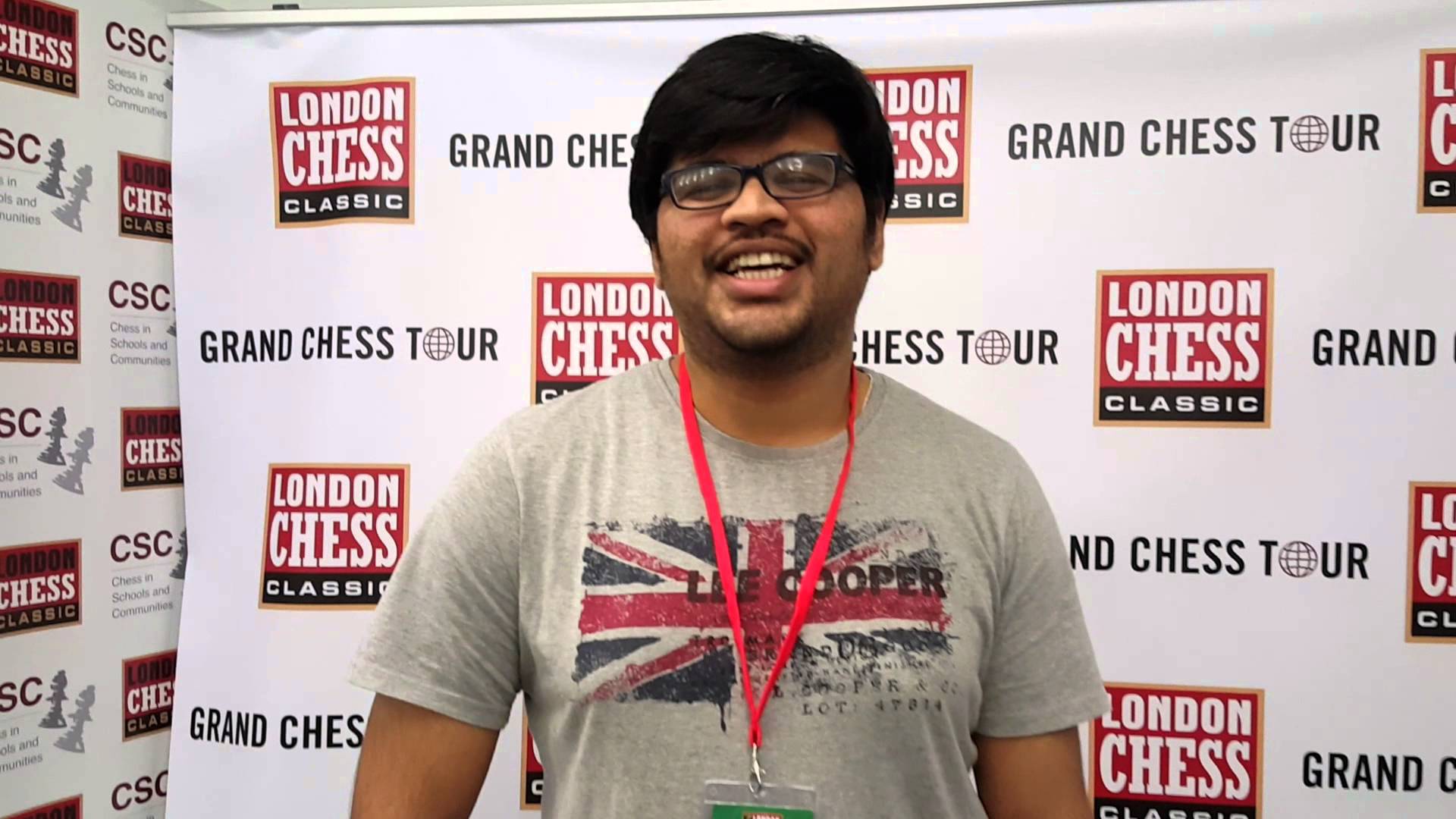