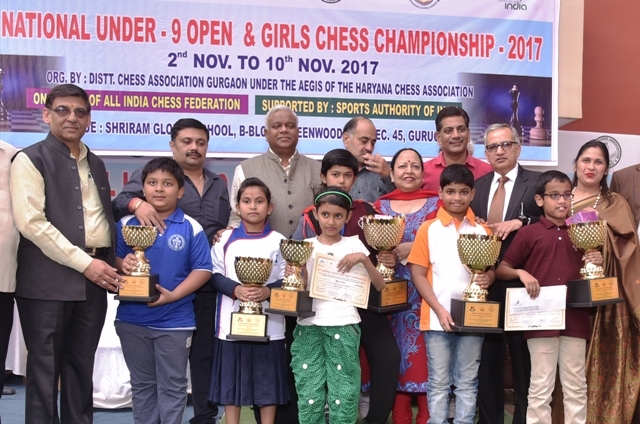 The National Under 9 Open & Girls Chess Championship  2017 was held at the Shri Ram Global School in Gurugram, Haryana. In the Open section, Om Kadam from Maharashtra emerged as the champion while Anupam Sreekumar from Kerala won the title in the Girls’ section.

In quite a dramatic finish, the leaders in both Open and Girls sections lost their respective games thus losing the title chances. 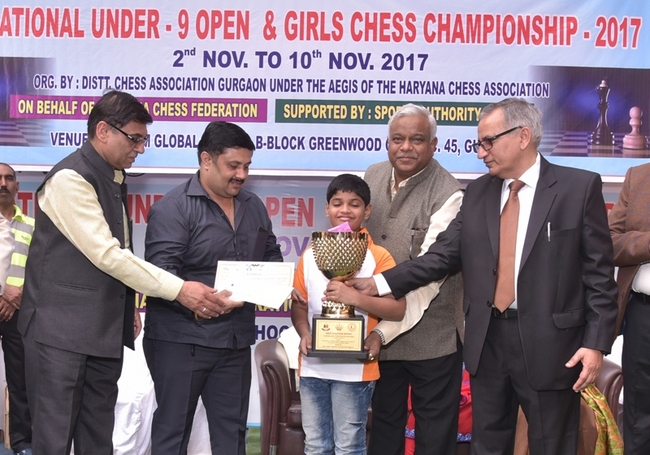 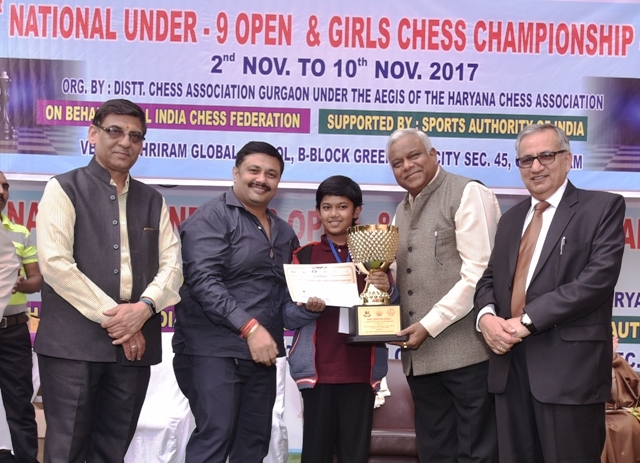 Meanwhile, in the girls’ section, Anupam M Sreekumar (KER) clinched the title after drawing Aashi Upadhyay (RAJ) the n final round. Rajanya Datta (WB), the sole-leader of the tournament had a heart-breaking final round loss against WCM Shefali A N (KAR).  Three players tied for pole position with 9 points but better tie break score helped Anupam to finish first while Shefali and Rajanya satisfied for second and third position respectively.