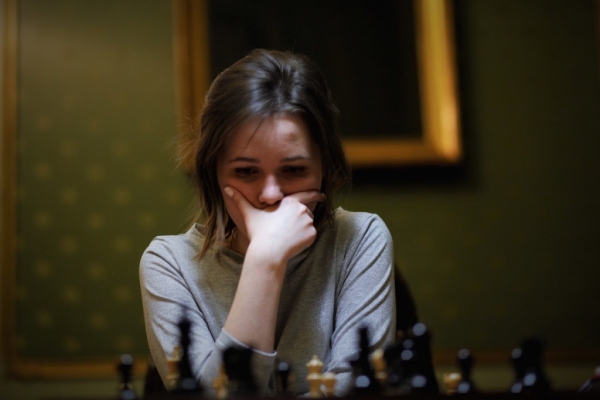 Mariya Muzychuk’s opening preparation in the Open Variation of the Ruy Lopez has rattled World No.1 and favourite Hou Yifan of China at Lviv.

In the fifth match game on March 8, 2016, Hou Yifan moved out of her first move 1.e4 to give the Lviv player a good feeling in the World Women’s Championship match that is taking place in Ukraine.

The Chinese opened with the English opening and the game was drawn by repetition in a rook ending after 33 moves. Both sides were left with a lone rook, king and equal number of pawns.

Hou Yifan leads the 10-match series with 3-2. The match runs until March 18, 2016. Mariya Muzychuk surprised the world by winning the FIDE Women’s World Championship knock out in 2015. Her elder sister Anna Muzychuk is rated higher in the women’s rank.

Hou Yifan overtook the iconic Judit Polgar in the ratings but preferred not to play in the FIDE Knock Out last year. A huge 131 Elo rating lead for Hou Yifan should translate into a win by a healthy margin for the Chinese player.