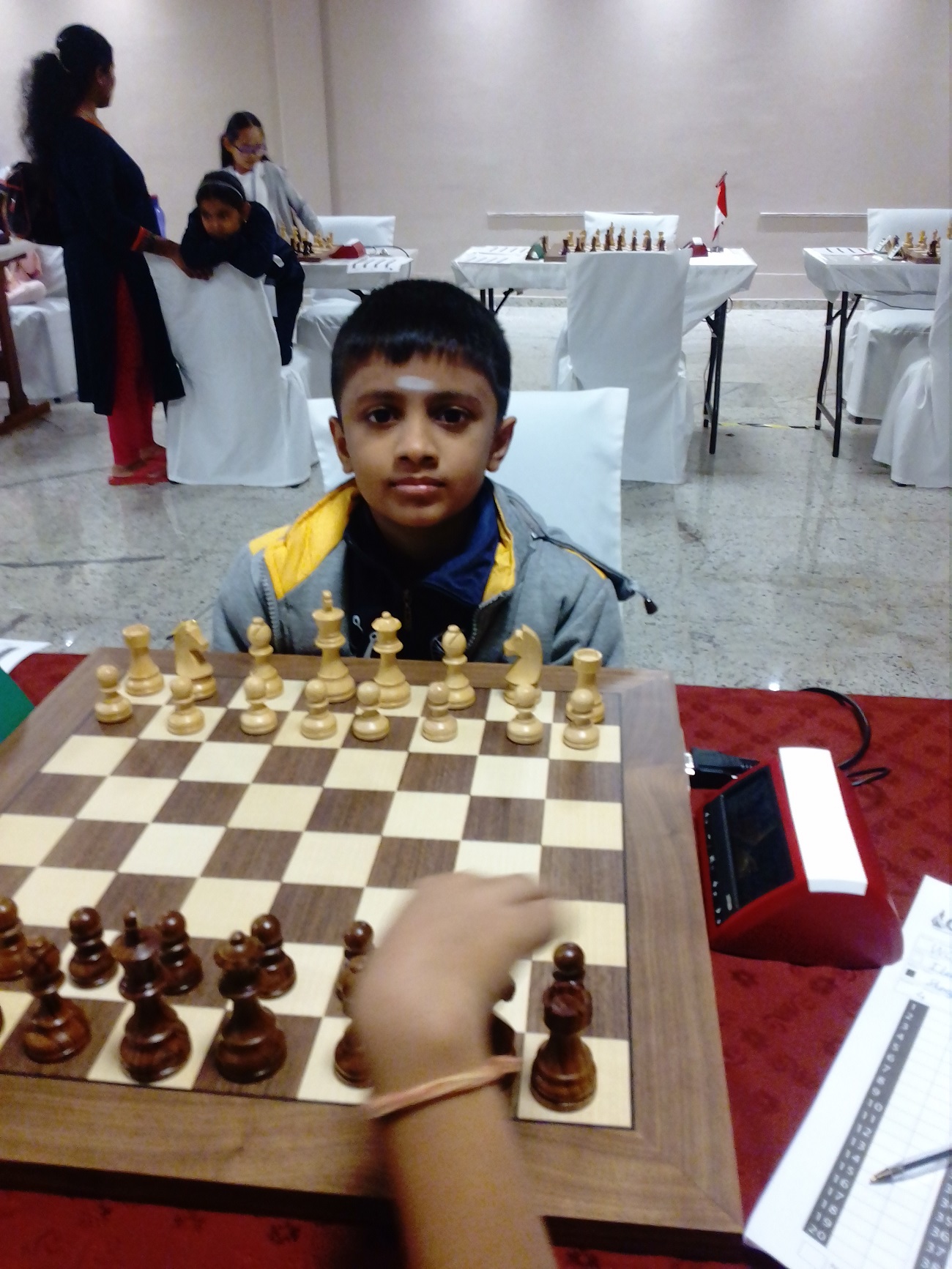 It was a day of mixed fortune for India as overnight joint leaders Rakshitta Ravi (U-12 girls), Daaevik Wadhawan (U-8 open) lost their games, while others — Dev Shah (U-10 boys) and Priansh Das (U-8 open) drew their respective games in the world cadets chess championships being held at Porto de Caldas in Brazil on Thursday. The lone bright spot was the win A. R. Ilamparthi posted against Royal Shreyas of England in the fourth round. Ilamparthi is now in joint lead with two others with full four points in the U-8 open section. Another Indian Priansh Das follows him closely with 3.5 points. In the U-8 girls section, R. M. Saineha beat Fernandez Bolano Milena Anahi of Argentina to move to three points. N. Shefali lost her game to lag behind with 2.5 points.

Top-seeded Rakshitta lost to Matus Nastassjab A of United States with white pieces in the U-12 girls section. Rakshitta stays at 3 points, while Divya Deshmukh has moved up to 3.5 points with a win in the fourth round. In the U-12 open category, three boys — Manish Anto Cristiano F, Rohith Krishna S, and Pranesh M are lagging behind with 2.5 points each.

Sahithi Varshini M, and Shivika Rohilla won their respective games to move to 3.5 points in the U-10 girls section. In the U-10 open category, top-seeded Bharath Subramaniyam H is back on top among Indians with a win in the fourth round. He now shares the second spot with another Indian Dev Shah with 3.5 points each. Dev Shah, who was leading with full three points at the end of the third round missed a lot of opportunities to win and instead drew with Xu Arthur Zihan of the Unites States in the fourth round. India champion Shahil Dey lost to another American Zhou Liran to stay behind at 2.5 points.   Seven more rounds remain to be played in the 11-round championship. Fifth round will be played on Friday.

Photo Caption: Ilamparthi in action at the World Cadets Chess Championship being held at Porto de Caldas in Brazil on Thursday