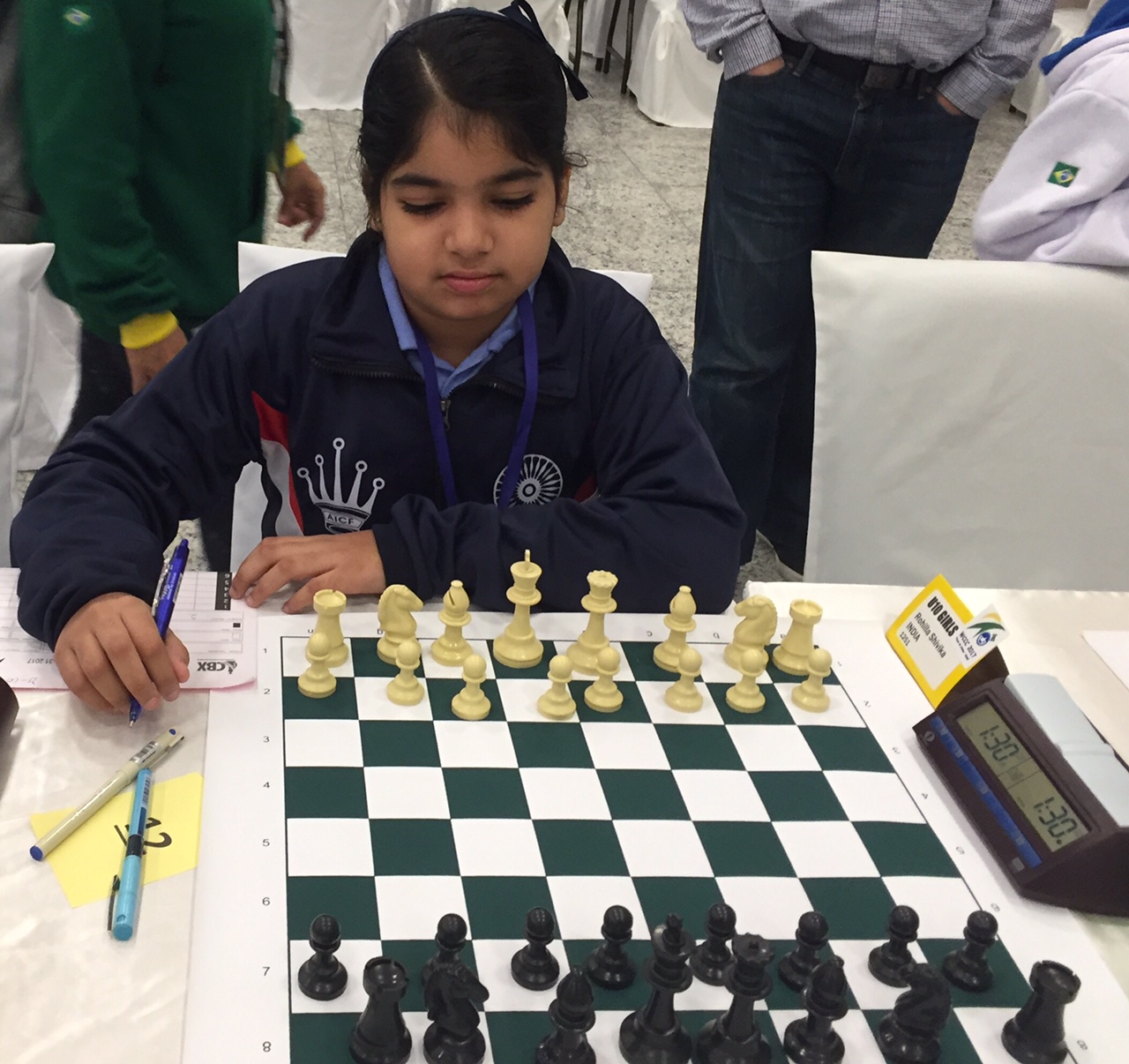 Dev Shah (U-10 open), Shivika Rohilla (U-10 girls), and Divya Deshmukh (U-12 girls) are in joint lead at the end of five rounds with 4.5 points each in the world cadets chess championships being held at Porto de Caldas in Brazil. Dev Shah defeated Mekhane Adam of France to move to joint lead with two Americans — Xu Arthur Zihan and Zhou Liran in the U-10 open section. Top-seeded Bharath Subramaniyam H drew with Samadov Read of Azerbaijan to stay behind with 4 points. In the girls U-10 category, Shivika Rohilla is a surpirse packet for India.

She beat Shvedova Alexandra of Russia to stay in the joint lead with Ivanova Dilyana of Bulgaria with 4.5 points each.
Shivika seeded 33rd with a modest rating of 1251 elo, has so far defeated three players in the top ten and has also drawn with the top seed.

Meanwhile, Divya Deshmukh beat Wikar Martyana of Poland to move to joint lead with 4.5 points at the end of the fifth round in the U-12 girls category.

Top-seeded Rakshitta Ravi faced her second defeat. She lost to Vu Bui Thi Thanh Van of Vietnam to stay behind with three points. In the U-12 open section, Rohith Krishna S is the highest ranked Indian with 3.5 points.

Six more rounds remain to be played in the 11-round championship. Saturday is a rest day.

Photo Caption: Shivika Rohilla in action at the World Cadets Chess Championship being held at Porto de Caldas in Brazil