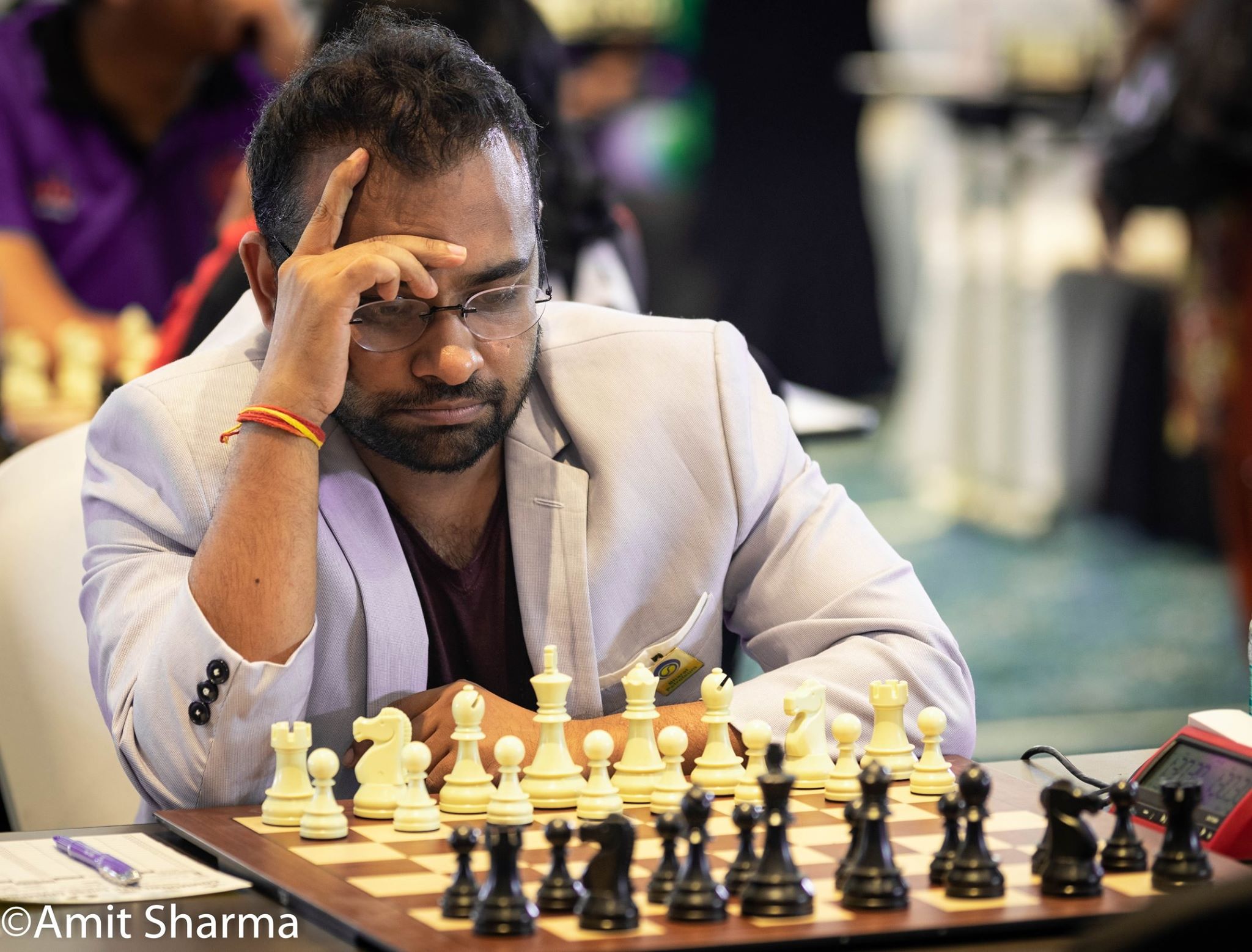 The 2019 Commonwealth Chess Championship began successfully under the aegis of the Delhi Chess Association. The tournament consists of 94 players with 13 Grandmasters and 11 International Masters.

The multiple times Commonwealth Champion GM Abhijeet Gupta led the tournament with 5.5/6 after six rounds of play. He has dropped only a half point so far, to GM RR Laxman. He has beaten GM Praveen Thipsay, GM Aravindh Chithambaram, and GM Debashis Das.