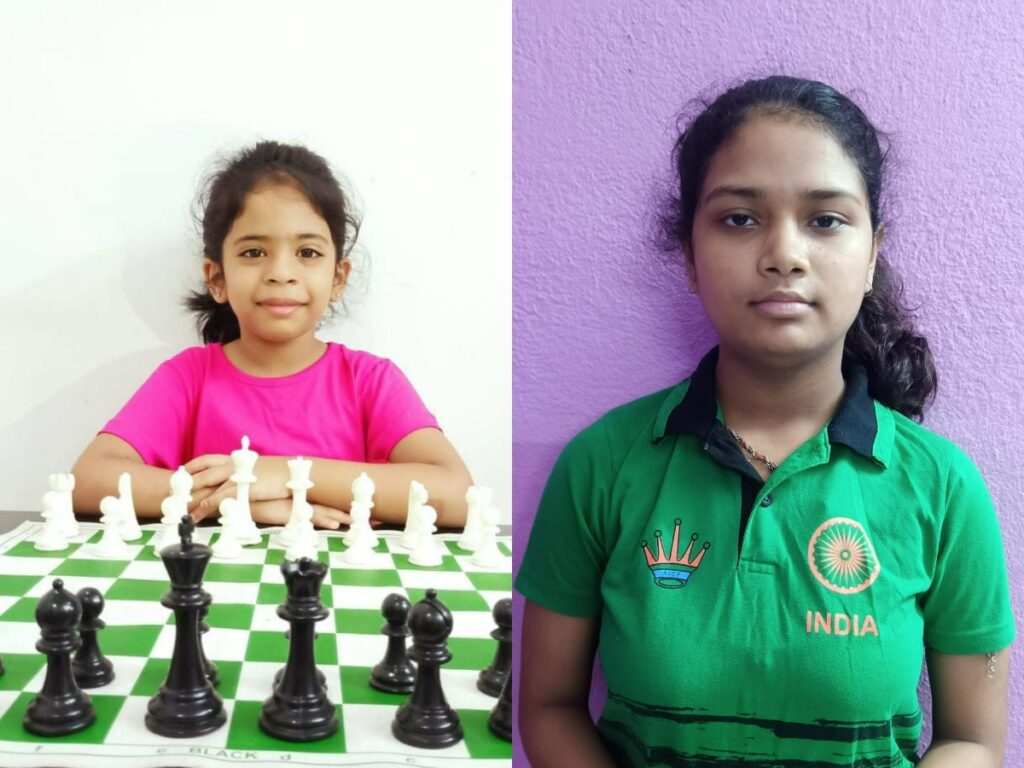 Mritticka Mallick and Samhita Pungavanam won the Individual Gold medals at Asian School Online Championship organized by National Chess Federation of the Philippines at Tornelo Platform which concluded on Sunday.

It was Indian Girls domination in the team championship as India won the gold medal in Under-7, Under-9, Under-13, Under-15 and Under-17 categories.

Indian A team composed of Bristy Mukherjee, Prachiti Chandratreya, Ankita Sahoo and Arushi Kotwal won the Gold in Under-17 category while Nithyashree Saravanan, Vedanshi Pandey, Tanisha Boramnikar and V Renganayaki cliched the yellow metal for India in Under-15 category.

The neck and neck fight between India ‘A’ and India ‘B’ for Gold in the Under-13 category ended in favour the later consists of Mrittika Mallick, Anushka Bapu Kutwal, Debapriya Manna and Aashi Upadhyay.

In the Under-9 Category, the Indian ‘A’ team comprised of Sreekarthika Velmurugan, Hanya Shah, Anshika Dongre and Reya Banker won the Gold and in Under-7 it was completely Indian domination as the team consists of Samhita Pungavanam, A Charvi, Rishitha Narayanan and Ira Bohara not given any chance to their opponents.

The only set back India suffered in the Under-11 division were the team ceded Gold to strong Iranian team. India ‘A’ team consists of Saparya Ghosh, Shreya Hipparagi, Shubhi Gupta and Aditri Shome satisfied with first runner-up position.

In the individual championship, apart from Mritticka Mallick and Samhita Pungavanam, Bristy Mukherjee in Under-17, Nithyashree Saravanan in Under-15, Sachi Jain in Under-13 and Charvi A in Under-7 secured Silver and Prachiti Chandratreya completed the Indian medal hunt by finishing third in Under-17 Category.

The Open Category events will kick start on Thursday and India is hoping for another medal hunt.