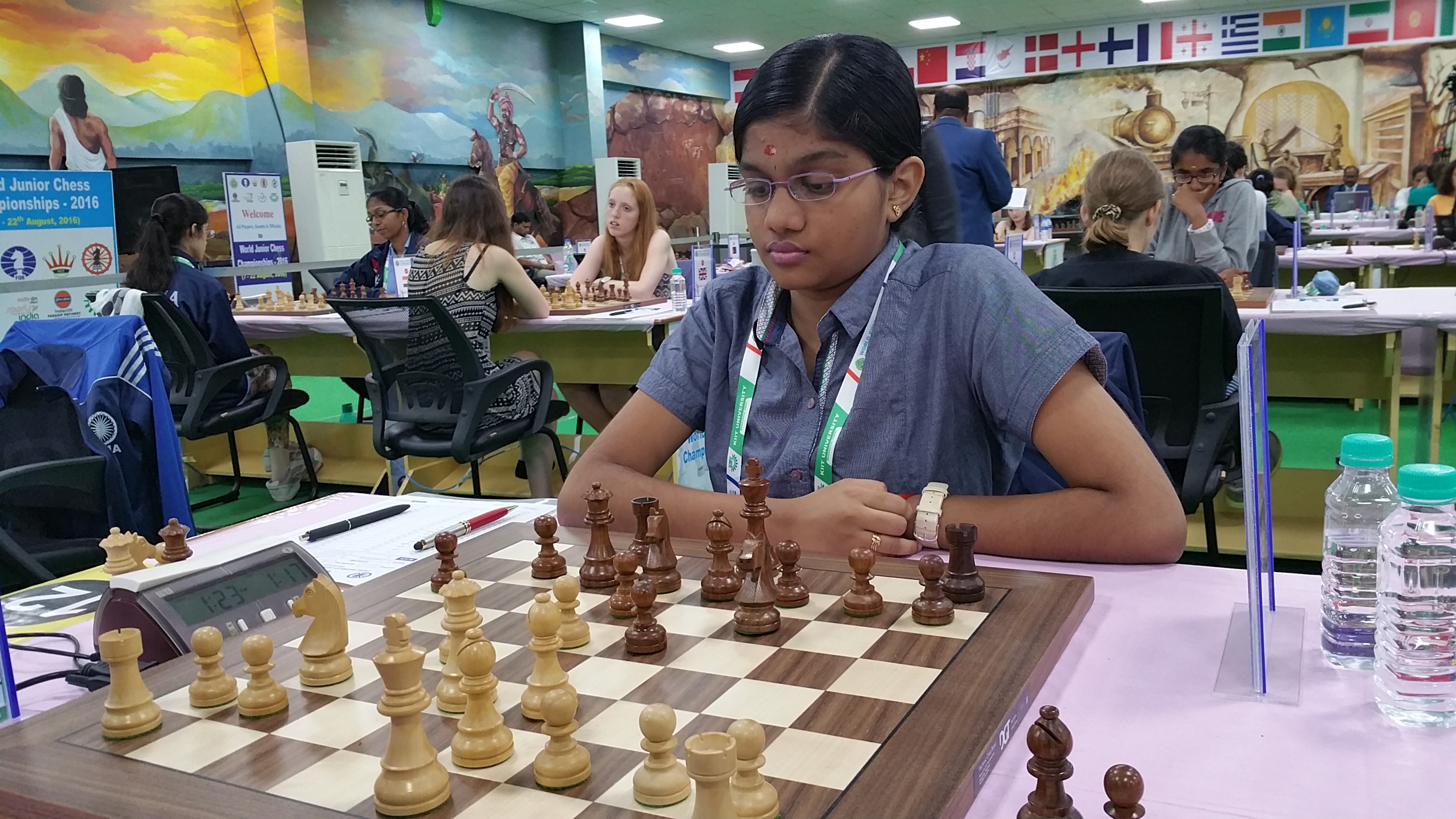 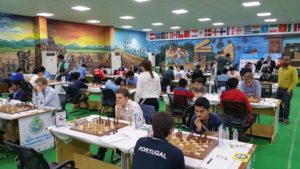 Nandhidhaa Among Leaders In Girls Section
By Arvind Aaron

Title can be won by any of them as only two rounds remain to be played. Nerves will matter more than skill in deciding the title. Michelle Catherina is on 7.5 tied for the fifth place and Vaishali is further behind on seven points.

Xiong Jeffery of the United States leads the Kiit sponsored World Junior by a one point margin with two rounds still to be played.

Xiong Jeffery leads with 9/11 and in joint second place are Nasuta Grzegorz of Poland and top seed Vladislav Artemiev of Russia with eight points.

Four players are in the joint fourth place on 7.5 points and it includes Aravindh Chithambaram.

Jeffery drew the top seed Russian in 40 moves to keep the lead. If Jeffery wins, he will be the first from USA to win since Tal Shaked did in 1997 at Zagan.