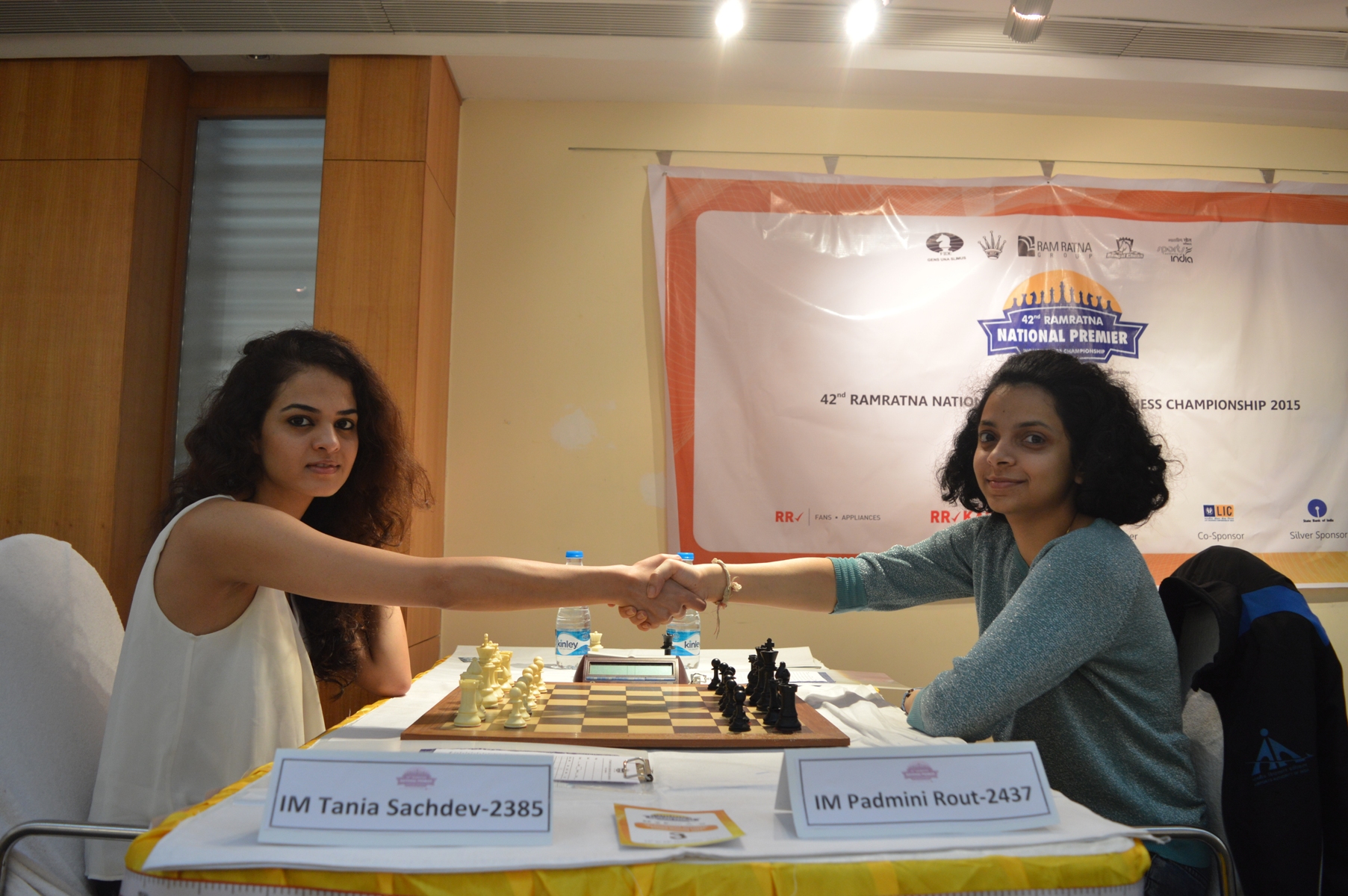 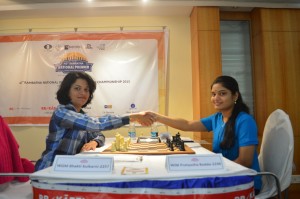 National Women’s champion Padmini Rout of Odisha has retained her title she won at Sangli last year for the first time. It was a tall scoring round ten at the Bengal Art Gallery in Kolkata.At the end of it, Padmini won with a round to spare.

In the penultimate round, Padmini beat former champion Tania Sachdev with the black pieces to keep her one point lead in the Ramratna National Women’s Premier Chess Championship in Kolkata on November 23, 2015.

Swati Ghate also won beating Varshini to reach 7.5 points. Swati is in clear second place. Padmini is on 8.5 points. Even in case of a tie on points, the first tie-break is individual encounter and Padmini had defeated Swati Ghate. Padmini will receive Rs.175000 in the closing function on November 24, 2015. 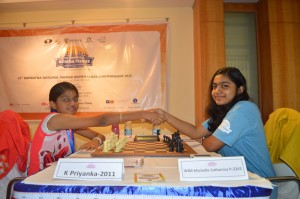 The battle is now on for the other places 11 places. In the spot are three players on 6.5 points. Here, Soumya Swaminathan, Bodda Pratyusha and Bhakti Kulkarni are fighting for the third and even second place. Soumya faces Swati Ghate with white and a victory in the all-Pune match will leave the players tied for second place. So, to be sure of second place, Swati cant afford to lose. Prizes, cash and Elo will be fought for along with the pride of winning the last round.

The final round of National Premier Women’s Chess comes off at 10:00 a.m. on Tuesday. Championship Organised by DIASPORA TIMES under the aegis of Bengal Chess Association will have the Crowning of National Champion in Prize Distribution in ICCR – Kolkata at 4. 00 pm. Mr Mahendra Kabra of RamRatna Group will announce sponsorship of players, Group already has Vaishali Rameshbabu National Challenger.