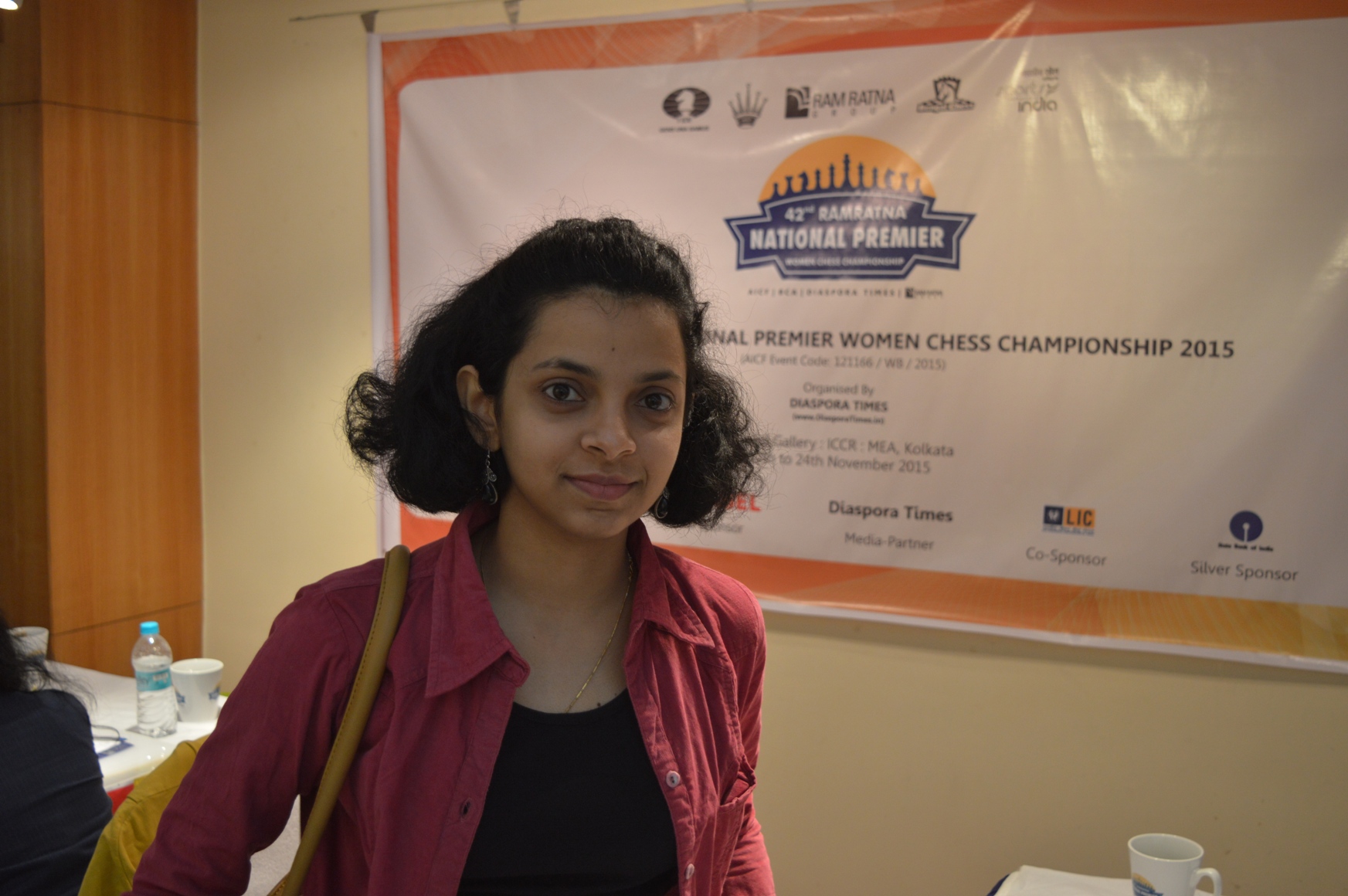 The 2010 National Women’s champion, Soumya Swaminathan beat the 2006 champion Swati Ghate in the final round to snatch the second place on tie-break in the Ramratna National Women’s Premier that concluded at Kolkata on November 24, 2015. Cash prizes totalling Rs.6 Lakhs were distributed at the closing ceremony.

Padmini Rout who won the event and Rs.1,75,000 for the second time in a row with a round to spare, suffered a final round defeat to Priyanka K of Tamil Nadu with the white pieces. Padmini had a push performance gaining or losing no rating. She won eight games, drew one and lost to Pratyusha and Priyanka.

One might expect players to split points before going home in the final round. However, every single game was decisive! Black won five games. It was loaded in favour of black that even Padmini went down with white. Soumya alone won with white against her Pune city mate.

All players lost atleast two games. It was a good fighting event. Vijayawada’s N Priyanka won the most Elo and Bihar’s Neha Singh lost the most Elo.