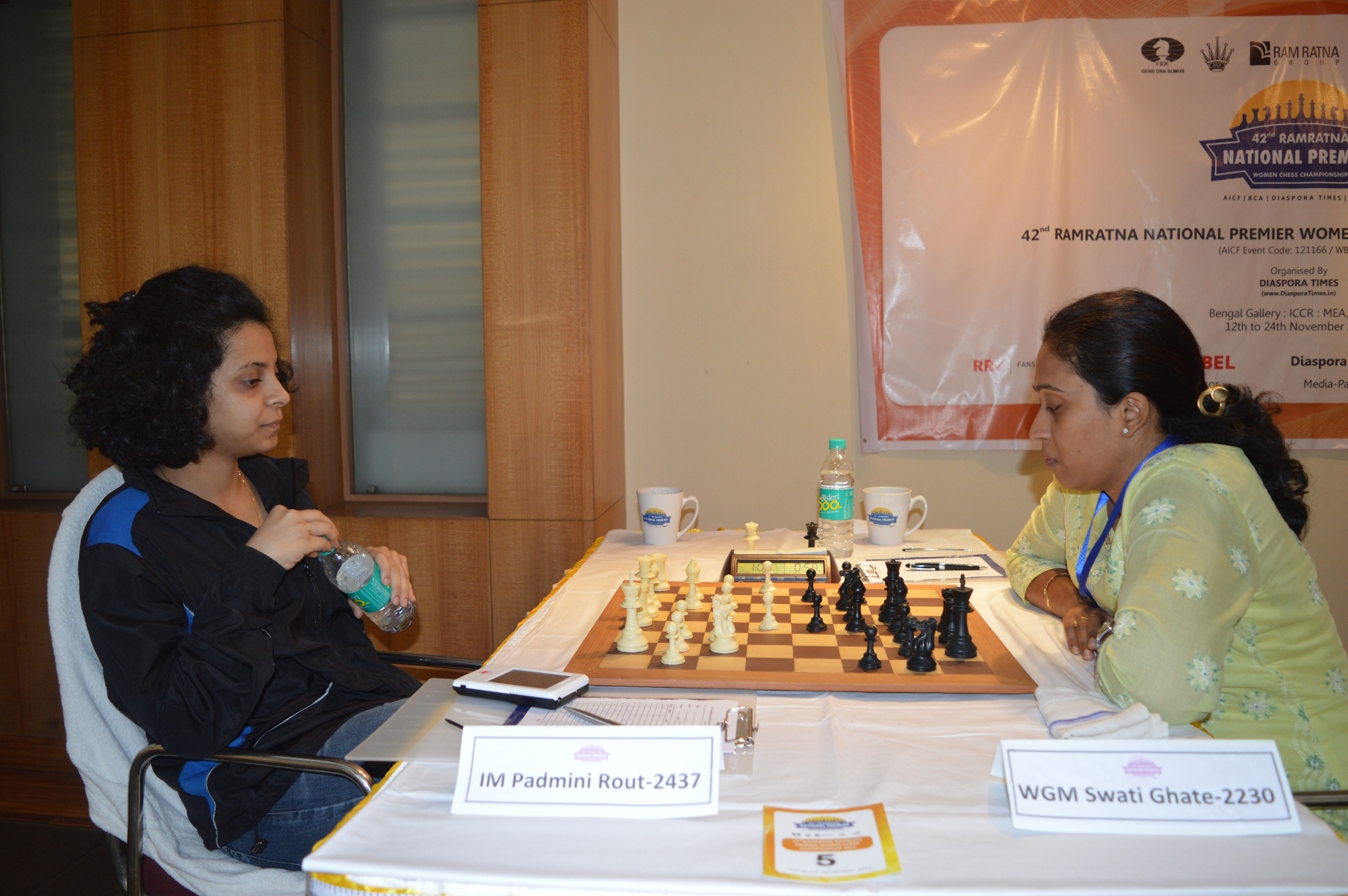 Defending champion Padmini Rout of Odisha is well place in the Ramratna National Women’s Premier Chess Championship that is taking place at the Bengal Art Gallery in Kolkata on November 22, 2015.

In the crucial ninth round game, Padmini beat 2006 champion and overnight joint leader Swati Ghate to wrest a one point lead with two rounds still to be played. Padmini faces Tania Sachdev on Monday with black. This game will decide if she can keep the title she won first time at Sangli last year.

Bodda Pratyusha joined Swati Ghate in the second place on 6.5 points by defeating the world under-14 girls champion R Vaishali. In a battle between the big rating gainers, Bhakti Kulkarni defeated Nutakki Priyanka to share the fourth place with Soumya Swaminathan on 5.5 points.

The event is taking place in West Bengal and sadly none of their players like former champions Mary Ann Gomes and Nisha Mohota are competing this time. The first prize is INR 175.000 and the total prize fund is Rs.6 Lakhs.