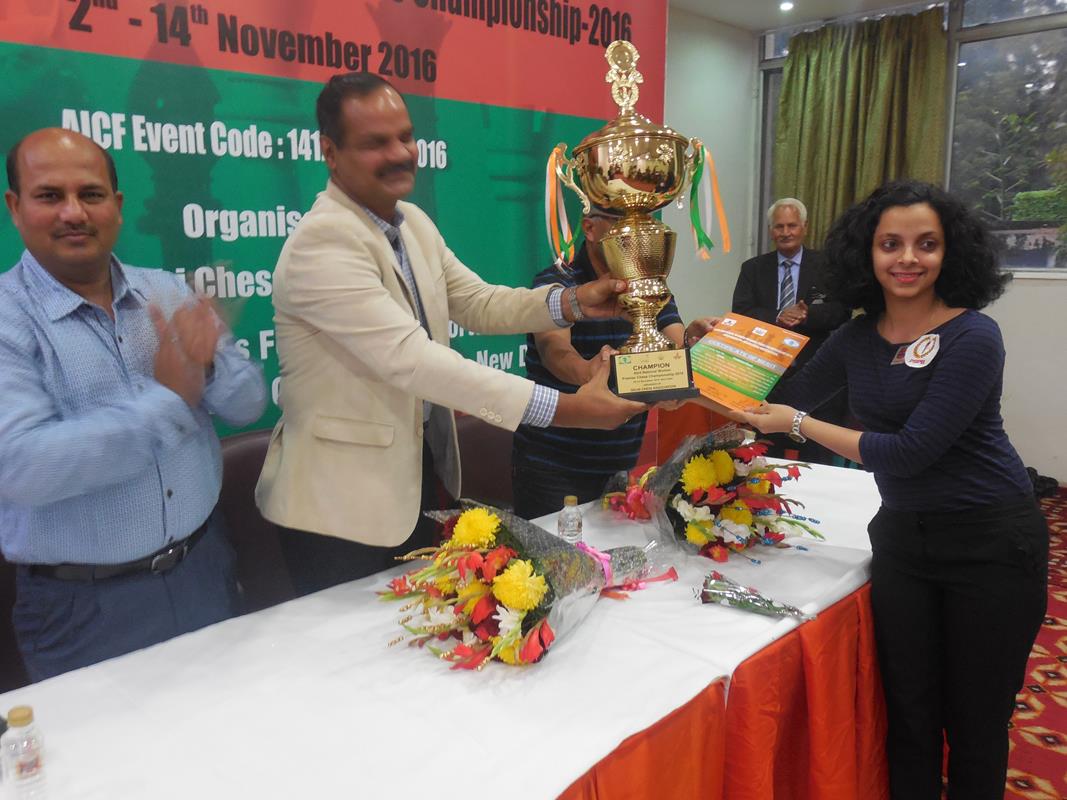 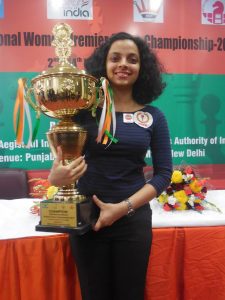 New Delhi (14 Nov 16) :- International Master Padmini Rout played out a hard fought draw with her PSPB teammate Eesha Karavade and secured a hat-trick in the National Women premier chess championship that concluded here. Ending her tally on eight points from eleven games, Padmini put an end to a series of mediocre performances that saw her rating go down by over seventy points. The Odisha girl was at the top of her game right through and did not face any great challenge in her quest to strike for gold.

GM-elect S Vijayalakshmi of Air India ended her campaign on a positive note defeating R Vaishali of PSPB in her final round game. The last game to end in the tournament took Vijayalakshmi to 7.5 points, that was enough for the silver medal ahead of Eesha who ended third. It was in fact a two-way tie for the third place after Soumya Swaminathan went down to Mary Ann Gomes. The latter spoiled Soumya’s party in a fighting last round game. 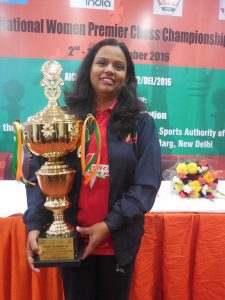 Right from the beginning it was a race between Padmini, Vijayalakshmi, Eesha and Soumya and this is how it ended. Mary Ann Gomes ended a distant fifth on 5.5 points despite beating Soumya in the final round. One of the other notable gainer in the championship was P Bala Kannamma of Tamil Nadu who started as the lowest seed but troubled many of the top stars. A last round victory over Andhra girl Pratyusha Bodda ensured a Women International Master norm for Bala Kannamma. 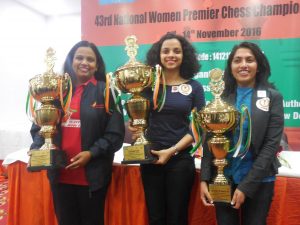