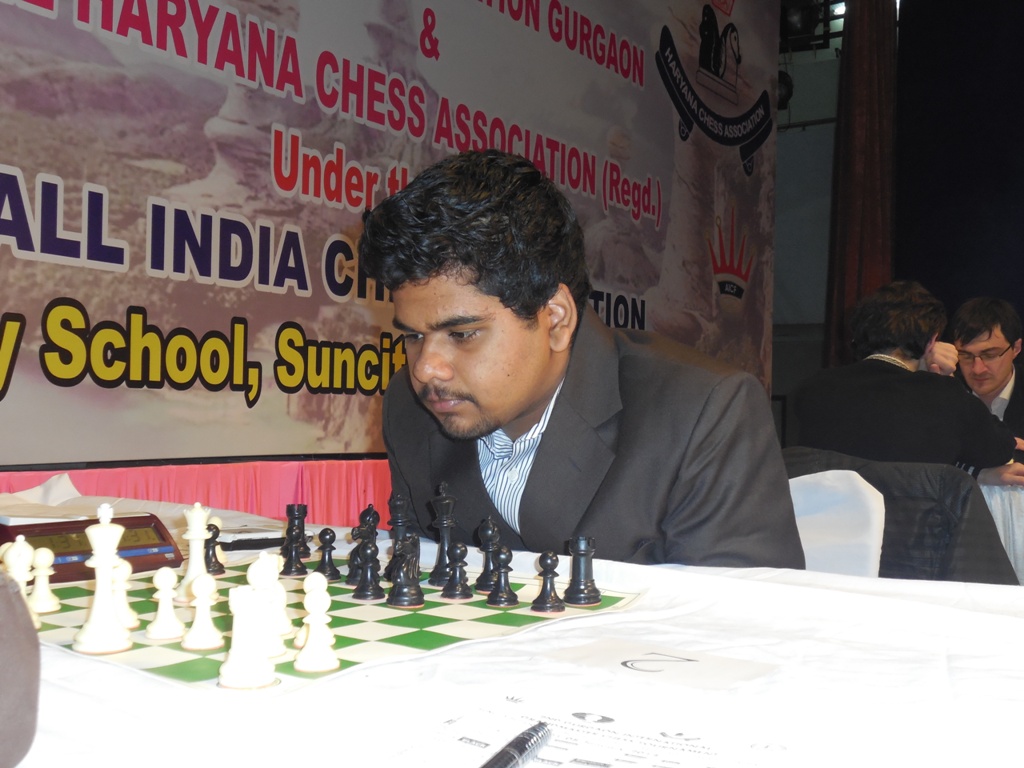 Playing with dark colour pieces in declined variation of Queen’s Gambit opening, Prasanna took the initiative towards the end in a closely fought match that lasted 78 moves. Meanwhile the top board battle between Kravtsiv Martyn and Sahaj Grover ended without decisive result after 34 moves arrived out of Classical Nimzo-Indian. The crucial result in the top board helped Grandmasters Alexanader Evdokimov of Russia and Grandmaster Tornike Sanikidze of Georgia along with Prasanna to catch up with the leaders.

In the seventh round encounters, Evdomkimov defeated International Master N Srinath while Tornike got better off talented Indian youngster Sameer Kathmale. Twelve players are sharing the second spot of point table with drift of half point from the leaders.

The eighth round matches of this ten round Swiss system tournament are in progress at the time of report and the round was inaugurated by Shri. Arun Atari, Director Atul Memorial School along with Shri. Virender Yadav, Shri. Chander Kant, Shri. KK Munjal, Advocates and Manuj Bhardwaj, Director ‘I am change’.