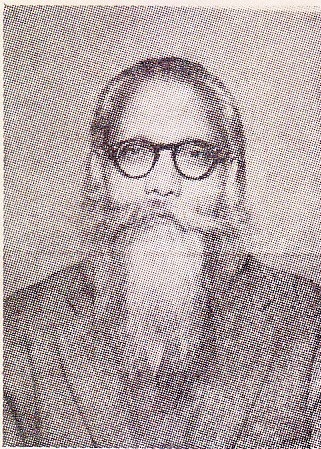 B Varma former President of the Delhi Chess Association (1979-1982) passed away at Ahmedabad, Gujrat on 30 November 2013.             Mr Varma died at the ripe age of 84 shortly after he celebrated his birthday on 26 November. Born in 1929 Mr. Varma was an IPS officer of the 1956 Batch. When he became President of DCA on 26 February 1979 he was Inspector General of Police in CRPF. Soon after taking over as President of DCA he organised the National “B” and “A” Chess Championships in 1980-81 in Delhi and the Delhi chess scene became vibrant. His patronage of the game was recognised and in June 1980 he was unanimously co-opted as President of the All India Chess Federation replacing Sikander Bakht, the then Minister in GOI.

Mr. Varma was elected unopposed as President AICF on June 24, 1981 at IIT Kanpur for the term (1981-85). He took personal interest and saw that Indian players participated in all the Asian and World events. He was instrumental in organising the 5th Asian Team Chess Championship in Delhi in 1983.  He ensured uninterrupted participation of Indian Chess teams in Chess Olympiads from 1980.
In 1982  Mr. Varma was tipped to become the Director General of Police for the then newly constituted Indo Tibeten Border Police, but his love for chess prompted him to forego the promotion and seek a  posting as Director, Internal Security Academy, Mount Abu, Rajasthan where he could groom his chess players. All the top players in our country in those days know of his immense contribution to chess and chess players welfare in Mount Abu.
He was instrumental in recruiting chess players in the CRPF, post them at Mount Abu and provide them chess training. Some players went on to become National Champions and GMs and IMs. He organised Rating Chess Tournaments, a rare event at that time, at Mount Abu, and National Coaching Camps with Soviet Grandmasters. He provided equal opportunities to women players and organised an Asian Women Championship at Hyderabad in 1981. He employed chess players, gave them training and took care of their playing conditions. Himself an ardent player of chess, he captained an Indian Chess Team to Dubai in 1981. He built up a chess library at Mount Abu and gave players access to the latest books on chess. His smiling face, indomitable spirit, warm hospitality, care and concern for chess players endeared him in the chess circle. He relinquished his office as AICF President in 1985. After retirement from service  he settled in Ahmedabad and practiced as an Acupuncture doctor. Mr Varma’s family life was unique; he called his wife  his partner. She died 20 years ago.
An inventive person, Varmaji had formulated a table for a league tournament for any number of players, where players from the same country do not meet each other in the last few rounds. The “Varma Tables” as it is called by FIDE, is found in the FIDE Regulations in its Handbook, Section C under Item 6 with the title “Restricted Drawing of Lots”.
The chess fraternity will never forget his contribution to chess and pays homage to the departed soul with reverence. All condolence messages may please be sent to the Delhi Chess Association(delhichess64@gmail.com) for forwarding the same to his family members.