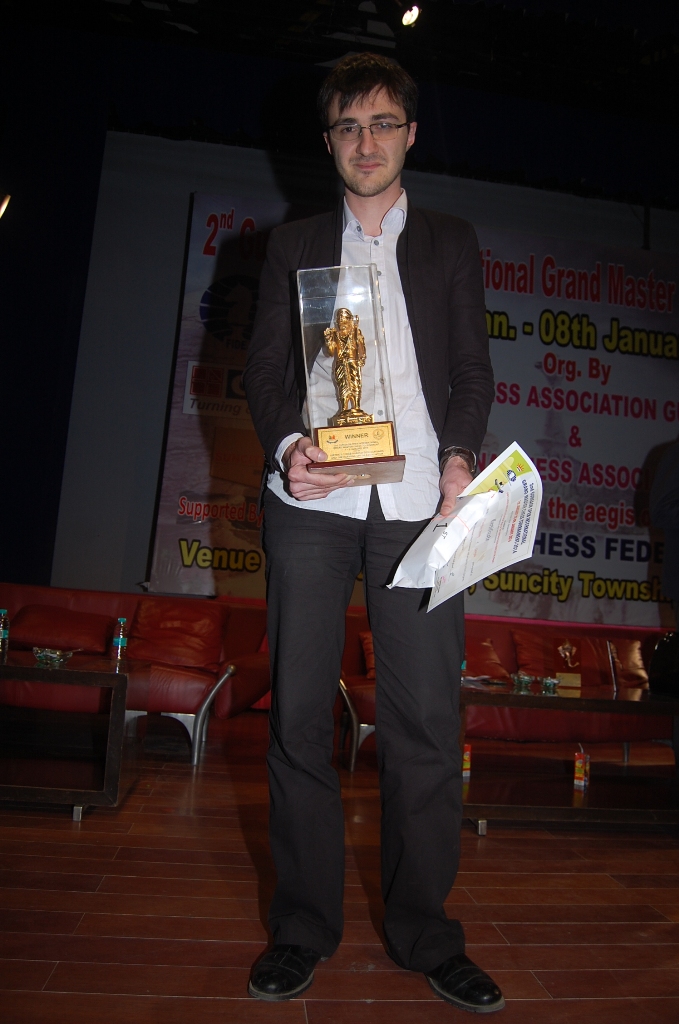 Gurgaon (08 Jan 14) :- Grandmaster Tornike Sanikidze of Georgia annexed the title in the 2nd Gurgaon International open chess tournament after settling for a quick draw with International Master Swayams Mishra in the tenth and final round that concluded here at the Suncity International School.

In what turned out to be a four-way tie for the top, veteran Grandmaster Raset Ziatdinov of United States was declared second while Mishra finished third.

In an inspiring display of competitive chess, talented V Karthik defeated R Prasanna in the final round to take his tally to eight points and tied for the top spot too. However, Karthik’s tiebreaker could only fetch him fourth place.

The caravan now moves to Delhi to participate in the 12th Parsvnath Delhi International Chess Festival at the Ludlow Castle Sports Complex. As per latest updates over 1000 players have registered for the Delhi Festival.