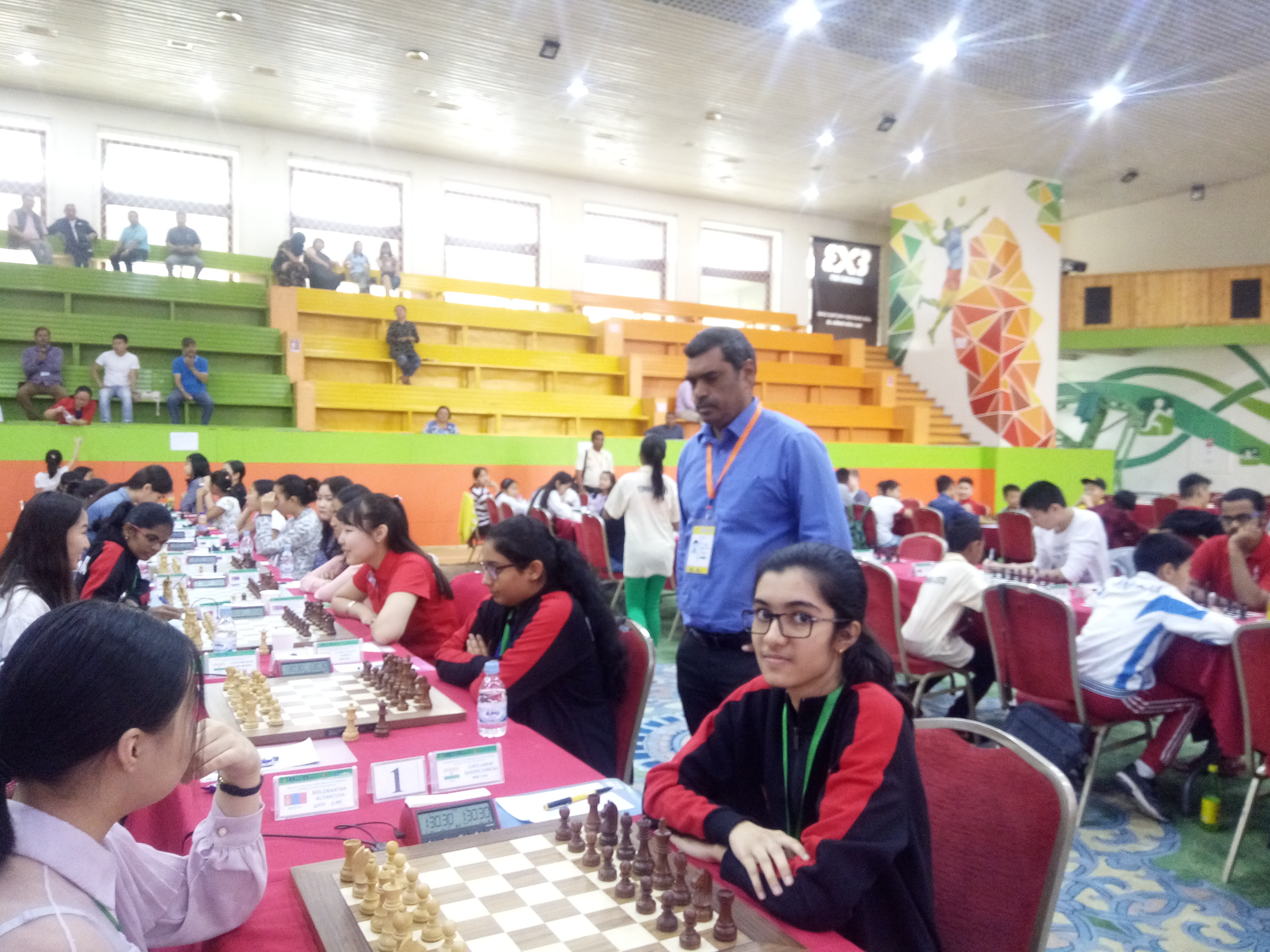 The race for coveted medals took its toll on player’s nerves as second seed Aakanksha Hagawane crashed to a shocking defeat against lowly rated Nomindalai Tumurbaatar of Mongolia at the end of the 8th and penultimate round of the Asian Junior Girls Chess Championship at Ulaanbaatar, Mongolia.

Sakshi Chitlange kept India’s hope for the Gold alive by clinching a win in a level position against China’s Lu Miaoyi. Sakshi now leads the point table along with Uurintuya Uurtsaikh on 6.5 points followed by the Mongolian girls Nomindalai Tumurbaatar and Altantuya Boldbaatar on 6 points. Aakanksha and Isha Sharma are close on their heels with 5.5 points each.

Aakanksha sacrificed a pawn against Nomindalai’s Alekhine defence. The position was unclear and for a moment it looked like the Indian’s aggressive play might give her some compensation. However, the Mongolian girl defended well and created a weakness on the queen-side and centre and went on to win the game.

Playing with white pieces, Sakshi exchanged Black’s white square Bishop in Slav opening to open ‘h’ file. She went for an attack but the Chinese child prodigy came up with a brilliant defence in the form of counterattack using the ‘d’ file and a long diagonal. Sakshi had to use all her defensive skills and steer the game into equal endgame. The young Chinese girl’s inexperience and impatience showed in the last moments as Sakshi tricked her to win a Rook and Pawn endgame to pocket a crucial point.

Fifth seed Isha Sharma joined the medal race with a crushing victory over Diana Omurbekova of Kirgizistan. Playing black against Diana’s King’s Indian Attack, Isha sacrificed a pawn to get a powerful Knight outpost in the centre. She delivered a tactical blow on ‘f2’ to gain back the material with interest and score a crucial point.

Rutumbara Bidhar (5 points) clawed her way to victory in minus position against Udval Enkhsaikhan of Mongolia. C H Meghna (4.5 points) settled for a draw against Enkhrsaran Batsaikhan of Mongolia in a game of fluctuating fortunes. Priyamvada Karamcheti (4 points) went down fighting against 3rd seed Amina Battsooj of Mongolia. In Open section, IM Krishna Teja (4.5 points) scored a nice win over local Batbold Nyamsuren. The Indonesian FM Priasmoro Novendra leads the Open section with 7 points followed by IM Yakubboev Nodirbek of Uzbekistan on 6.5 points.