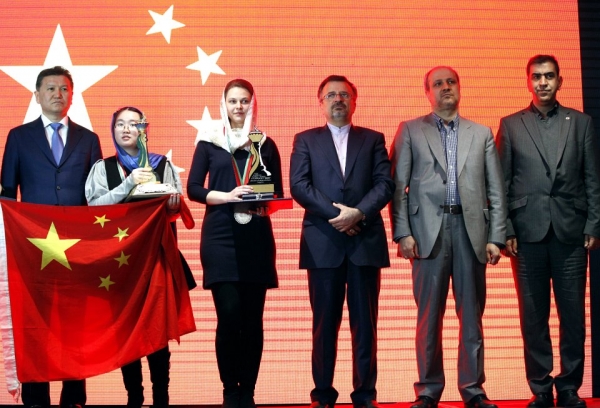 Tan Zhongyi of China beat Anna Muzychuk of Ukraine 2-2, 1½-½ in the tie-break to win the world women’s championship at Tehran on March 4, 2017.

“It was a tough event and I did not expect to win,” said the new champion. After the regular score was tied 2-2, Tan Zhongyi won in the tie-break. She speaks with a Chinese interpreter. Congratulating her on winning, FIDE president Kirsan Ilyumzhinov invited her to the FIDE Presidential Board. She also became a Grand Master.