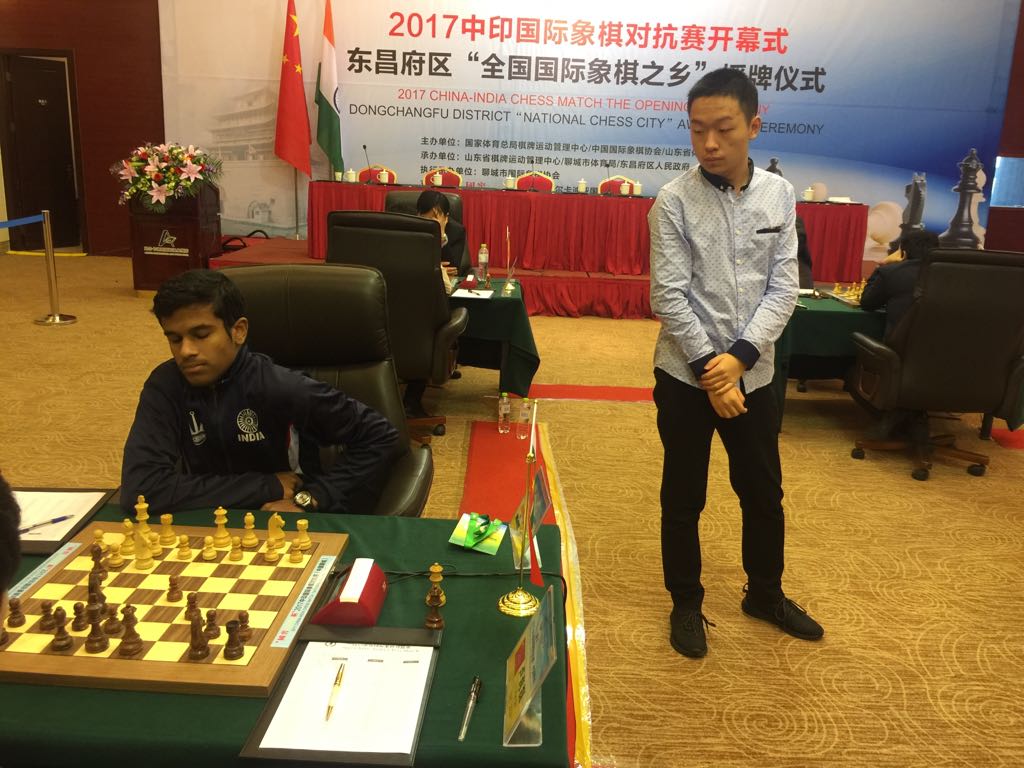 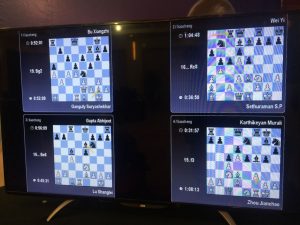 Reigning National champion Murali Karthikeyan came up with a scintillating effort to beat Zhao Jianchao and scripted a 2.5-1.5 victory over China in the first match of the India-China Chess summit 2017.

In what promises to be an exciting four-matches, Murali was at his tactical best in outplaying Jianchao wigth black pieces while the other team mates drew to ensure that the first day belonged to team India.

Grandmaster Surya Shekhar Ganguly put a lot of pressure on u Xiangzhi but the Chinese survived with some wily manoeuvres. Playing white, Surya was in command in the Neo-Grunfeld and Xiangzhi had to remain on his toes to just save was looked like a very difficult position. 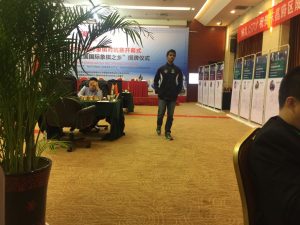 On the second board, S P Sethuraman showed fine resistance to hold Wei Yi. Out of a Ruy Lopez, the Indian was caught off-guard while trying to find an advantage. Wei Yi was on top in the ensuing queen and minor piece endgame but a timely counter-play saw the Indian getting a valuable half point for the team.

Abhijeet Gupta employed his recent-favourite French defense to keep Lu Shanglei at bay. The Tarrasch variation by Shanglei yielded little after the trade of queens and Abhijeet was always in control to steer the game to a draw. 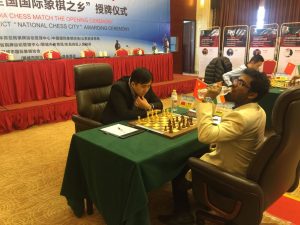 Murali Karthikeyan came good in a King’s Indian defense game where the ianchao had to pay heavy price for over-ambitious play. Karthikeyan came up with a Bishop sacrifice that was taboo and later launched a decisive kingside attack.

The four games match carries a total prize fund of $18000 with 60% reserved for the winning team. Match points will be the first consideration and if tied, the game points will decide the winner. There will be 16-games in all in the Scheveningen-style tournament wherein each member of the Chinese team will play against Indians once.